I hate the question, "Which type of deadlift is best?"

Best for what purpose? Like most training questions, the correct answer is, "it depends." First, what do you want to get out of training: Bigger muscles? Less body fat? A crazy strong deadlift?

Once you answer that, we can figure out which type of deadlift is best for you.

Looking at all possible variations would be ridiculous, so we'll use a few generalizations to get on the same page.

Experienced powerlifters aside, lifters ought to deadlift with a neutral spine or flat back. One of the biggest issues when deadlifting is that many lifters don't have adequate mobility to deadlift safely and effectively because they can't get into an initial neutral spine posture.

For this reason, coupled with the fact that very few people can hip hinge and load their hamstrings effectively, starting off with a Romanian deadlift is smart.

From there, the trap bar deadlift is an ideal progression. The high handles minimize mobility demands while still allowing you to learn the deadlifting pattern within its functional range.

High-handled trap bar deadlifts are almost like a rack pull. But what comes next, sumo or conventional?

The sumo deadlift is easier to learn. This may not be how you end up handling the most weight, but you'll probably have an easier time getting into position on a sumo deadlift than a conventional one. The major limiting factor here will be groin flexibility.

Decide what you want to train. When most people trap bar deadlift, it's like a reverse squat. There's a lot of dorsiflexion at the ankles, the spine is upright, and as a result they get considerable quad and anterior chain development.

The conventional deadlift is at the opposite end of the spectrum. Most have a tendency to shove their hips way back, incline their torso to a much greater degree, and start with their hips much farther back from the bar.

The result is an exercise for building the entire backside of the body – glutes, hamstrings, and spinal erectors.

The sumo deadlift really is a hybrid between the two. Your hips start closer to the bar (especially if you think about pushing your knees out to get to the bar, versus pushing your hips back), and you're also much more upright.

In the end, the sumo gives you this weird blend of quad, glutes, hamstring, some lower back, and even some adductors. 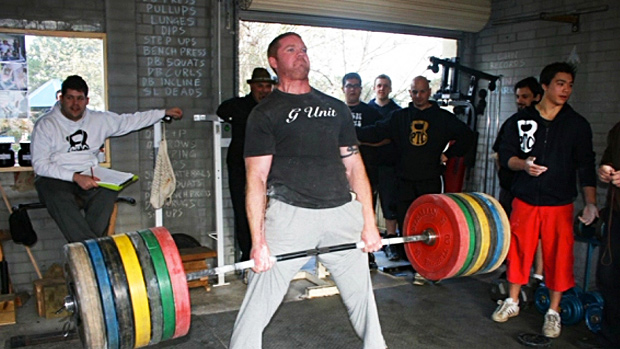 Stress on the Spine

If you ever hear someone say, "deadlifts hurt your back" disregard it.

Your lumbar vertebrae are pretty huge and are meant to deal with compressive forces. Compression is just like it sounds – when your vertebrae and discs are pushed closer together vertically, that's compression.

The key distinction here is load. The more load you have, the more compressive the forces are on your spine.

When it comes to people in back pain, the last thing I'm worried about is compressive force. There are positions that are far more worrisome than compression.

Shear force is where you'd get into trouble. Shear forces occur whenever the torso is inclined to a high degree. As we bend over (or hip hinge), our vertebrae have a tendency to drift or slide forward on one another.

Most people don't tolerate shear forces very well. One of the biggest reasons is they simply don't have a good strategy to deal with it. They have no strength in their anterior core, glutes, or hamstrings, so their only strategy is to arch the low back as hard as possible.

In doing so, they combine compression with shear, thereby grinding their spine into a fine powder.

When deadlifting, these lifters will probably do better with either a trap bar or sumo style lift, at least in the short-term, to reduce shear forces.

With sumo and conventional deads, I rarely prescribe more than five reps per set. But on a trap bar deadlift, as high as 10-15 reps in a set would be fine, especially if the goal is fat loss.

I'm just a lot more comfortable as a coach with the upright posture and less technical nature of the trap bar, which allows for more wiggle room. 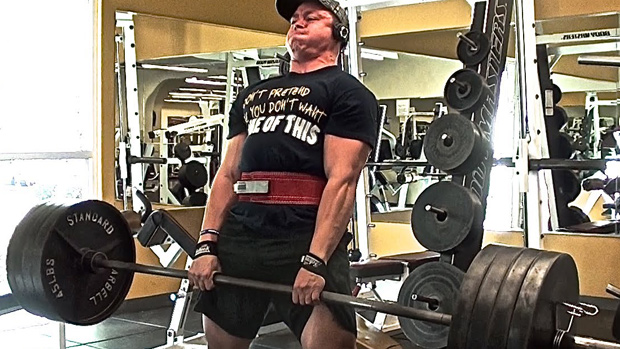 We can talk about joint stresses, mobility needs, and anterior versus posterior chain, but what matters is how awesome you look deadlifting.

I also realize that some people call this "cheater style," and it's not as awesome as hoisting a monster deadlift conventional style. I'm okay with that – my best pull is 545 and was done at a bodyweight of 180.6, getting me into that exclusive three-times body weight club.

However, one of my pet peeves now is people's obsession with the trap bar. Only use the trap bar if:

If your goal is to be strong, learn how to sumo or conventional deadlift with good technique. Anyone who lifts heavy stuff doesn't care how much you trap bar deadlift.

If you want to know how gains in one deadlift transfer to gains in another, think about what they work and what your weak links are. Why? Because it's working on your weak area that's most important.

Train the deadlift that'll strengthen your weakest areas. You pick your poison when deadlifting. Either you get your ass down, chest up, and struggle off the floor, or you round over to get the bar rolling off the floor and struggle at the top.

The differences between the trap bar and conventional deadlift are too big to see massive carryover, but nobody said it couldn't work for you.

This has been a favorite of figure competitors for years now. Here's a couple new ways to do it.
Abs, Fat Loss Training, Tips, Training
Christian Thibaudeau January 1

The lying leg curl works, but most people only get half the results they could be getting. Here's how to make it work better.
Tips, Training
Christian Thibaudeau March 2

Do this before you bench press to activate the pecs, get better results, and prevent injuries.
Exercise Coaching, Tips
Christian Thibaudeau March 18