It's right there on page one of the Meathead Manifesto, in bold font and highlighted: the Olympic lifts will make you strong, explosive, and grow neck swallowing traps, but they should not be done for higher reps.

Any coach or fitness system that says different is misinformed. Sure, high-rep Oly lifts will eventually hurt you and never make you strong, but is that really a fair assessment?

Walk into any busy CrossFit gym in Anytown, USA and you're bound to see some variants of the Olympic lifts being performed for reps with gawd-awful technique, but you'll also likely see some high quality high-rep work being done, not to mention some very conditioned physiques.

And it's not like Gold's gym is a showcase of outstanding weight training technique, either. Look around. What's the ratio of guys doing ego squats versus full squats? Ten to one?

Is it really so cut and dried?

So rather than pile on the rhetoric from our strength and bodybuilding ivory tower, we decided to let both sides take an honest run at the issue so you can decide for yourself where you sit in the high-rep Olympic lifting controversy.

Lifts like snatches, high pulls, and cleans are highly technical lifts, and as such require a lot more practice and athleticism than barbell curls. The lifts aren't inherently dangerous, but in a fatigued state – such as after 10-plus reps with a challenging weight – things can get dicey, especially for newbies or typical gym rats.

"If an experienced Olympic lifter wants to use snatches and clean and jerks for conditioning or on a dare, sure, go ahead," says T Nation coach and Starting Strength author, Mark Rippetoe. "He's had back position and lockout technique hammered into his head enough that these important factors will not erode that much with fatigue."

Olympic lifting coach Wil Fleming agrees and says that context is key when seeing excellent CrossFit athletes banging out impressive sets. "Watch the CrossFit Games and you'll see dozens of athletes that will have no problem completing Grace (30 clean & jerks for time) or Isabel (30 snatches or time) in some mind-blowing time.

"However, these same competitors likely hit 300+ pound clean and jerks for a single. These guys are strong, so doing 135 pounds is basically nothing but an extended warm-up," says Fleming.

A highly technical exercise performed poorly is obviously dangerous, but that applies to any big exercise in the gym, not just the Olympic lifts.

"Take the squat for instance. If a lifter has poor form and does a maximal lift, that's obviously dangerous. It doesn't matter whether you're doing a maximal lift, 3's, 5's, or 15-plus reps. It goes back to positioning," says Matsui.

"Because the weights are light, the most common thing we see happening with high rep Olympic lifting is technique breakdown, not necessarily injury," he says. "It's like a squat, deadlift, press, or any exercise where the reps get higher. You just need coaching and a strong foundation in technique."

Jacob Tsypkin of CrossFit Monterey likes to use gradual exercise progressions so newbies don't attempt too much too soon. For example, new clients do not do high-rep barbell Olympic lifts at all, spending time learning the snatch and clean and jerk instead.

Other modifications include using a push press instead of power or split jerking. "Once they're becoming competent, they may do some snatches and cleans in workouts, but usually from the hang," says Tsypkin. "They don't perform the full lifts in workouts until they're competent at the full lifts." 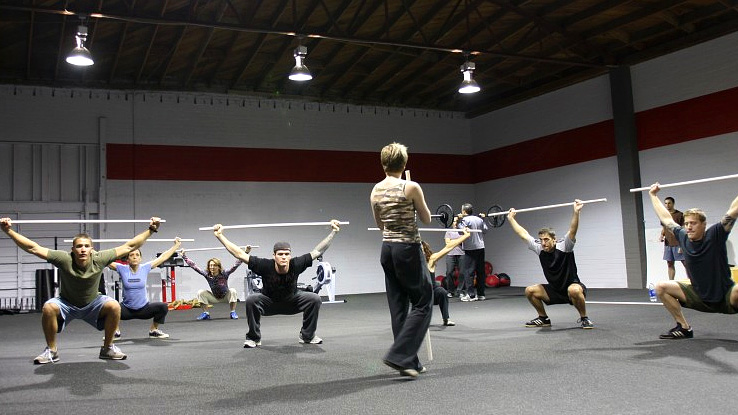 Since proper lifting form tends to erode in the presence of fatigue, the body is forced to recruit other muscles or develop compensations to complete the set. This essentially reinforces a faulty motor pattern, similar to strengthening a bad habit, which leads to a gradual degradation of lifting technique.

"With any breakdown in technique that occurs in Olympic lifting there will be some compensatory pattern that begins to rear its head," says Wil Fleming. "In this case, maybe the legs are fatigued, and instead of recruiting the quads off the floor the athlete starts going for a pull originating with spinal flexion. Spinal flexion against load, especially a load that can be away from the body means more shear stress on the spine and then we are in trouble."

According to Dan Trink of Peak Performance NYC, this doesn't just apply to newbies either. "Even high-level lifters who've 'grooved' the correct pattern through thousands of reps still break down when performing the lifts for high reps," he says. "So if establishing and maintaining good weightlifting technique is important to you, then high-rep workouts are a bad idea."

Poor motor patterns? The ability to perform technical lifts with heavy weights is a valuable skill unto itself.

The counter-argument goes that the ability to perform technical movements with relatively heavy weights while fatigued is a valuable skill unto itself, one that high rep Olympic lifting challenges very effectively.

"The barbell allows us to use more weight and engage more muscle than any other implement, inducing a greater training effect," says Jacob Tsypkin. "This is just as true for conditioning as it is for building maximal strength."

"I won't refute the general observation that there's considerable breakdown from perfect form during high rep Olympic lifting, but it's the responsibility of the coach to scale the weight correctly so the athlete can maintain correct form."

One way to accomplish this is to have experienced coaches on hand watching the lifts and perhaps even more importantly, developing a culture where the emphasis is proper form before all else.

"If you're performing Grace for example, don't let your form go to crap. Lock in the spine, drop your hips and get a good pull from the floor," explains Fleming. "I think if egos are checked at the door and the point isn't to go for a sub 1:30 time, then this workout could be performed relatively safely."

It's a lame conditioning tool.

Performing a ton of high-rep, lightweight snatches and clean and jerks will jack your heart rate up into the stratosphere. While this might seem like a great outcome for conditioning-minded athletes and met-con junkies, it's not without its critics.

First is the act of conditioning itself. According to coaches like Rippetoe, getting strong and getting in condition should not be done simultaneously – at least not for optimal results – since conditioning interferes with strength acquisition.

"If conditioning is important to you, being stronger should be more important, and getting strong is made a slower process if you try to do conditioning," says Rip. "There will be time for conditioning, later. After you get strong."

The solution, says Rippetoe, is not to use the Olympic lifts at all for conditioning. "Push the Prowler, run some hills, or do some sprints," says Rip. "They're easier to dose accurately, and they don't make you look like an inexperienced fool."

So what if it's a lame conditioning tool?

There are safer and more effective conditioning tools. So what? The average Joe wants to lose fat and get a little stronger, so conditioning is a higher priority.

Few people actually enjoy or get a "high" from pushing a Prowler or dragging a sled, and most working stiffs don't have the time for multiple daily sessions or a multitude of fitness commitments. Also, people like it – as evidenced by the popularity of fitness systems like CrossFit among average Joes – even if they know it's not ideal.

"It's actually inferior to something like sled drags," says Turner. "As boring as they may be, sleds and Prowlers provide safe, mindless grunt work with a heavy metabolic response." 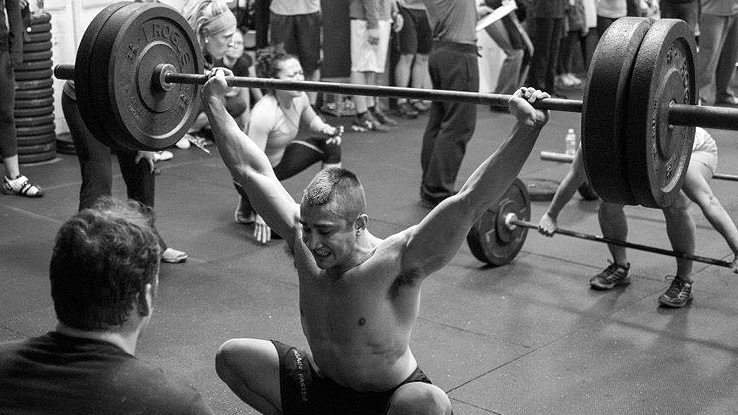 It won't make you a better Olympic lifter.

High-rep Olympic lifting is counterproductive if the end goal is to compete as an Olympic lifter. Performing the lifts well enough to compete in competition requires perfect practice, and every rep performed with less than ideal form takes away from that end goal.

The fact is, a lifter with great technique can typically out-perform one who's stronger or more explosive. So if competing is the goal, training in any way that doesn't advance technique is a waste of time.

And consider this: Weightlifting is a specific sport in which a lifter performs two lifts, the snatch and the clean and jerk, trying to lift the most amount of weight in each for a single rep. So 'high rep Olympic Weightlifting' really isn't Weightlifting.

"It would be like calling a set of 10-12 reps on the squat 'Powerlifting', or calling a marathon a sprint," says Trink. "Just because the movements look the same does not mean they're the same sport."

It doesn't matter if it fails to make you better at Olympic lifting; it's a sport!

The notion that high-rep Oly lifts won't make you a better Olympic lifter is about the weakest of the arguments against CrossFit. High-rep Olympic lifting is an absolute necessity for competitive CrossFit athletes because it's essential to their sport.

Think about it. CrossFit doesn't compete in perfect lifting contests – it's the most reps or the fastest. That's the sport. Not training for it would violate the law of specificity, not to mention make zero sense.

"If you're a CrossFitter, CrossFit is your sport, and you should prepare for it just like any sport," says Matsui.

Bottom line, let the goal dictate the training method. Train higher reps to excel at the CrossFit WODs or conditioning sports, and train with standard Olympic lifting parameters to excel at O-lifting.

"If you're looking to be a competitive weightlifter, yeah, doing 30 clean & jerks with 135 pounds isn't going to help you," says Tsypkin.

Finally, high rep Olympic lifting may get you in shape and burn some fat, but it won't get you strong. This harkens back to basic weight lifting theory.

"The key strength quality of weightlifting is the maximal expression of power – not something you're going to get with lower weight, higher-rep sets in which you're not moving a large amount of mass and where speed will certainly taper off as fatigue sets," says Trink.

Strength isn't always the goal, so it's okay that high-rep Olympic lifting won't make you strong.

"But if you have the correct bar speed and loading and maintain position on the lift, then the athlete can get stronger from high rep lifting – if it's programmed with the correct volume of Max Effort lifting.

"I see high-rep O-lifts as a dynamic component of strength training when engaged correctly," says Turner. "But no matter how fast you snatch a 135-pound barbell you're not going to magically snatch 270." But as Tsypkin points out, there are some very strong CrossFitters. "Rich Froning (three-time Crossfit Games winner) does clean and jerks with 370 pounds and snatches with 300 at a bodyweight of 195 – and most of the people talking shit about CrossFit aren't doing those numbers."

Let's sum-up for those still on the fence.

Move over abs; traps are in style this season.
Training
T Nation February 2 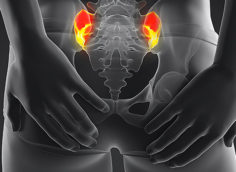 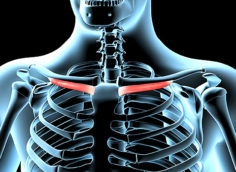