The difference has to do with the mostly concentric nature of weightlifting movements like the clean and jerk or snatch, which are less demanding on the central nervous system. Heavier lifts, like the deadlift, which also have an eccentric component (unless you drop the bar) take longer to recover from, so in most cases this means fewer training sessions per week for movements with a strong eccentric component.

Although the HFT approach might be somewhat new to some of you, this type of training is old school. Really old school. If we go back a hundred years, we find that the strongest people of that time trained the same lifts at least 3-4 times per week and sometimes more. Strong dudes like Arthur Saxon, Herman Gorner, and George Hackenschmidt often had multiple performances in front of audiences where they needed to exhibit huge power output several times a day.

You might think that these guys looked ridiculous in their leopard print leotard outfits, but there was nothing ridiculous about their lifting. Consider Herman Gorner and his 360-kilo deadlift (794 pounds) in 1920 and you’ll realize that it’s absolutely possible to get very, very strong without drugs. (This was the pre-steroid era. Testosterone was discovered and manufactured in the 1930’s.)

Olympic gold medal winner and squatmaestro Paul Anderson used to squat at least three times per week and sometimes daily, often spreading his sets throughout the day. In my opinion there’s only one man alive today who has the potential to squat as much as mighty Paul Anderson and his name is Carl Yngvar Christensen and he’s a Norwegian powerlifter. He recently squatted 485 kilos (1069 pounds) in an IPF competition for a world record. This is a drug-tested competition, for what that’s worth.

Helping the Strong Get Even Stronger

Pretty much anything and everything works for beginners, but HFT works for everybody from beginners to very advanced lifters. I have the privilege of helping German American powerlifter Gundula Fiona Sommer von Bachhaus get even stronger. Since she’s a drug-free World Champion and World Record holder with a near 3x bodyweight bench press, it poses a real challenge. It calls for… you guessed it, HFT.

Fiona’s max bench jumped from an unreal 170 kilos (375 pounds) to a wicked 180 kilos (397) in just two months. She competes in the 63-kilo class and weighs in at 64 kilos (142 pounds). Her routine consists of five weekly bench sessions with 50-80% of 1 RM poundages. Every three weeks, she does a very heavy max-load training session. 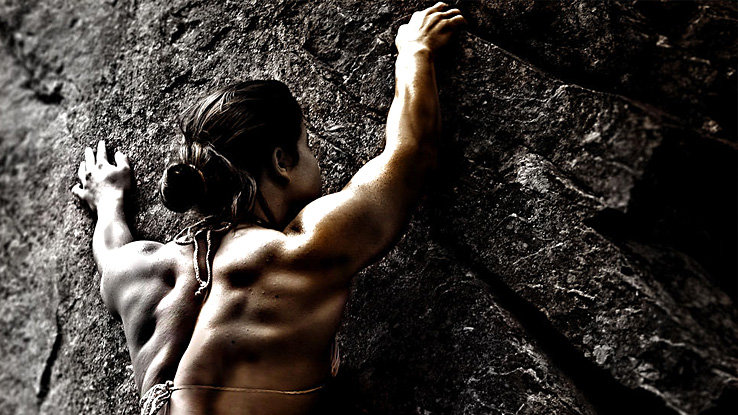 Coaches and lifters who train with high frequency know this method is the holy grail of strength gains. Even studies back this up. A few years ago Norwegians conducted something called “The Frequency Project” on Norwegian powerlifters. Lifters were split up into two groups, one group training three times a week and the other training six times a week. Both groups used equal volume and intensity. In other words, the lifters who trained six times per week did the same weekly number of sets at the same intensity as the lifters who trained three times per week. The results were crystal clear. The lifters in the higher frequency group got much stronger than the others.

The key to recovering from four or more squat or bench sessions is (surprise!) to monitor intensity level and volume. Chemically aided lifters can probably handle very heavy loads daily and still recover, but if you train and compete drug free, you really do need to pay attention to how you plan your training. Submax lifting 3-5 times per week is a good place to start. Wave the loads between 50-80% of 1 RM and then, every three weeks or so, test yourself with 90-100% of 1 RM to see how you’re doing. You’ll smash through PR’s repeatedly.

HFT works best if you start light and do it with only one lift. Also, take care to choose a conservative 1RM, not your all-time high that you might have hit six months ago. Here’s one way to do it:

You won’t be able to beat your 1 RM every three weeks, so eventually you’ll have to establish a 5 RM and try to beat that number instead. After you’ve beaten your 5RM a few times, you’ll be ready for a new 1RM test.

Keep in mind that these percentages aren’t written in stone, but are general guidelines to get you going. Start too heavy and you’ll pay the price. Use your head, train smart, gain momentum, and you might be able to slowly increase the percentages and/or add a set of fives on some of the days.

The Law of the Jungle

Weightlifters and powerlifters who utilize the high frequency style of training normally don’t train many lifts. They train the competition lifts and perhaps a few assistance lifts – either variations of the competition lift (like a close-grip bench for a powerlifter) or other movements like dumbbell rows or pull-ups. It can also be smart to incorporate a couple of rehab/prehab exercises.

Regardless of which other exercises you choose, they should be kept at a lower frequency. To most people this means 1-3 times per week, depending on their goals. There’s nothing wrong with doing high frequency training on more than one lift at a time, but in order not to strain your recovery ability too much, too soon, you should incorporate additional lifts slowly.

One way of doing this is to start out with one lift and train with higher frequency on that lift for one month and then incorporate another lift. However, you should still limit the number of exercises you do at such a high frequency. The various lifts live and die by the law of the jungle in that they compete against each other. If you want to get really strong at a certain lift, don’t do a lot of lifts. Focus on a few you want to excel at.

Japanese bench presser, Daiki Kodama, who has numerous world titles and world records, comes to mind. He once told me that he trains the bench press six times per week, and “Only the bench press.” If it takes a total of 10,000 hours to become really good at something, why in the world would it be a whole lot different when it comes to lifting weights?

Get down to business and up your frequency.