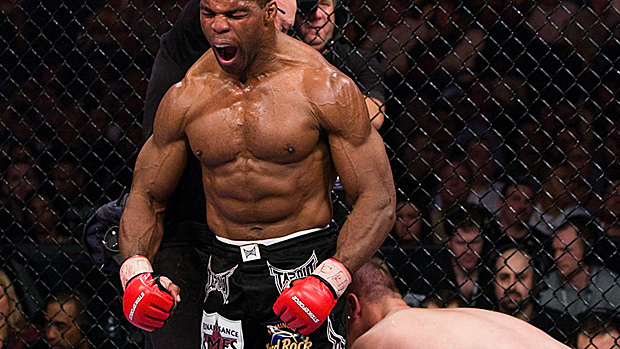 Herschel Walker is a beast. He was a running back in the NFL who got involved in MMA in his late 40's. What helped him get there? Discipline and daily practices.

You could write him off as an outlier and say that, in spite of inefficient training, he was a genetic phenomenon. But instead why not just recognize him as someone who didn't suffer from exercise snobbery.

He was never too good for the basics. And you shouldn't be either.

Contrast Walker's approach with someone who constantly searches for the perfect exercise that's going to make him gain four inches of muscle in four weeks. That person may consider himself "advanced" and invariably thinks the simple or easy stuff is beneath him.

Let's explore the roots of this snobbery. Consider that coaches and athletes all have a general agreement about how many reps to do of a given exercise:

This is how most programs are written.

But is it really so cut and dried? Think back to everyone you've ever met who can bang out over 50 push-ups and 20 pull-ups or chin-ups. Weren't they all pretty damn strong? Didn't they all have at least some decent level of musculature?

There are a lot of guys in the military who, on a steady diet of push-ups and pull-ups, hit some awesome numbers in the bench press and weighted pull-up with little or no training.

Once you start getting into serious rep ranges, it's not simply about endurance. It's strengthening the pattern and also building a platform of endurance so your body can tolerate more training.

It might be helpful to change your mindset. Ask yourself how you get strong:

Well, you lift heavy stuff many times, as often as possible, for a long time.

How could you get to the point where you can tolerate the volume required to get strong?

You do more reps and build your tolerance.

Not only that, but doing higher rep work in the form of bodyweight exercises is especially helpful for strengthening the other stuff that gets ignored, like joints, tendons, ligaments, and cartilage (which have no direct blood supply and only change through movement). 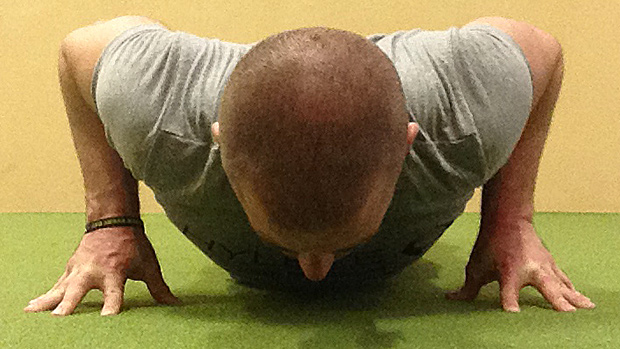 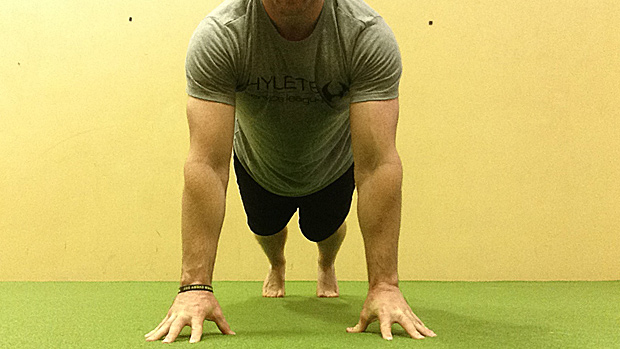 So maybe high reps sounds like a good idea, but for some reason you're not ready to commit to doing high-rep work every day. I get that. You probably can't bust out mega-sets of push-ups any time you want at work.

So how about doing them right before you shower? Not only is this practical, you now have a trigger for the new habit:

"When I take a shower (trigger), I'll first do push-ups."

Last year I hyper-extended my knee, which caused a deep bone bruise. The femur and tibia pretty much slammed together. I couldn't put weight on it, even after a couple of weeks. The advice I got from ortho's and PT's was to "rest it, it just needs time to heal."

So I rested it for a couple of months. Completely. And it got worse.

Despite medical instructions, I decided to start moving again. I felt better almost immediately; not 100% but a significant improvement just by gently adding movement back into the mix. 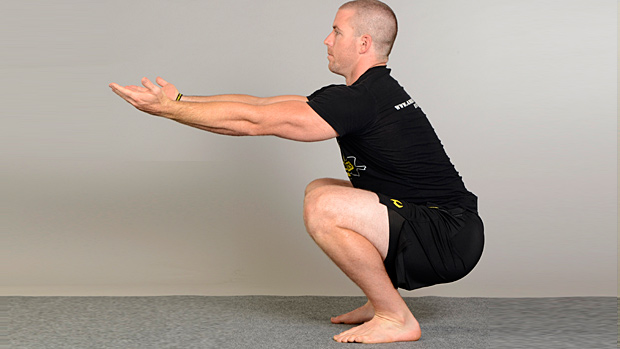 Some things, like bodyweight squats, were very uncomfortable. Once I was able do some without assistance, I decided that they'd be my healing movement. There were other specific joint positions that caused pain and weakness, but I could squat without any real bother.

That's how I started doing squats and push-ups pre-shower. I called it The Herschel Walker Experiment.

I was also specifically interested in increasing the amount of "back-of-wrist" push-ups I could do. When I started I could get about 10 reps. At the end of 45 days, I could do 35 reps that included clapping. 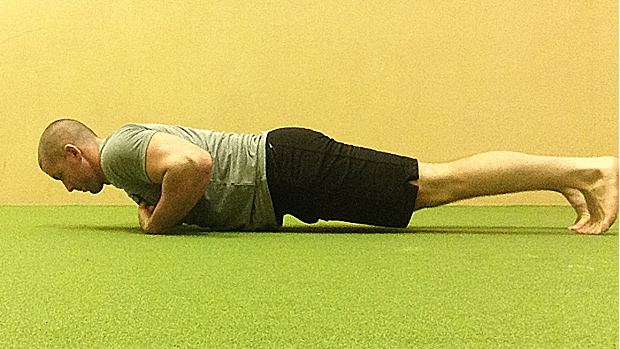 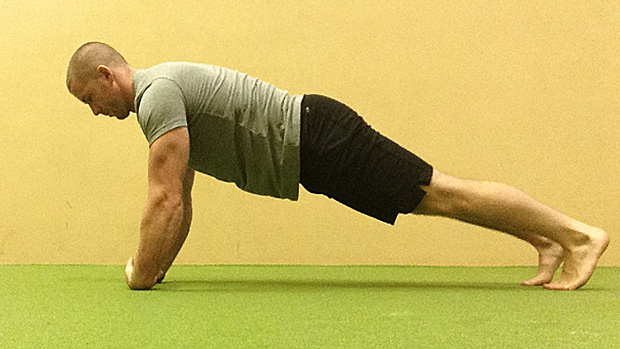 Here's how I broke it down:

For Hindu push-ups the rest position of the downward dog movement let's you "stay in the set" while still getting a slight rest before doing another rep. 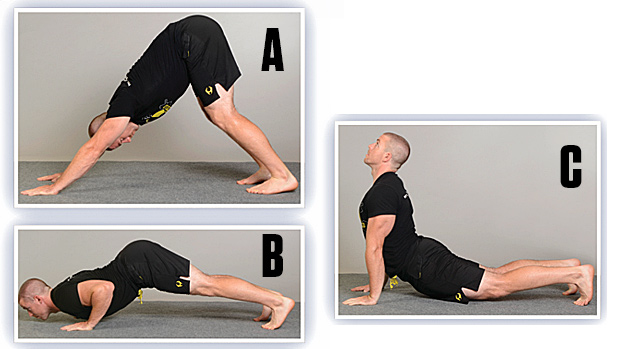 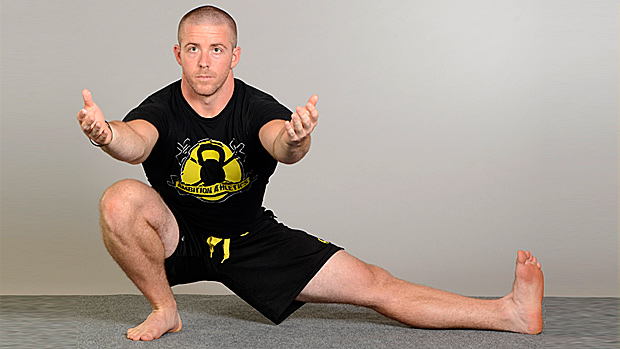 Within 45 days my knee felt good enough to transition into 5 minutes of Cossack squats where you descend to the side with your weight on one leg while the other legs is kept straight and to the side.

I eventually began alternating them with lunges and on day 35, jumping (which I'd been unable to do for 6 months).

The lesson I learned was that changing the exercise during the time block was easier than adding a new time block. More importantly, I learned that the important part of exercise is logistics and not specifics.

It's far more important to carve out a consistent block of time than specifically worrying about which exercises and styles of training you're implementing. 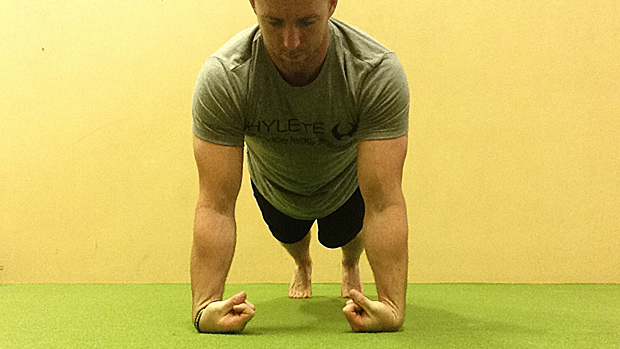 This little experiment had some very cool benefits. As mentioned, I built up the number of back-of-wrist push-ups I could do.

Secondly, it had a profound impact on my squat strength. On my first day back to regular training, I easily did fronts squats for a couple of sets of two with 315 pounds. And keep in mind this was after being injured and not squatting or training the legs with weights for six months!

Consider, too, that my best front squat ever was 350 pounds, and I was nowhere near that when I got injured.

The 5-minute pre-shower squat ritual helped me achieve a new level of competency with the squat pattern itself, which translated ultimately to bigger lifts.

Try it For Yourself

Here are three easy ways you can incorporate this concept into your training and improve your fitness and strength:

Do 3 minutes of burpees using full push-up and good squat position each time.

Whatever option you go for, make sure you stick with it; don't make excuses or exceptions. Consider doing them before your shower, like I did, so that it becomes easier to incorporate into your daily routine.

It's about common sense. All things being equal, who's going to be stronger, your clone who does an extra 100 push-ups and squats every day, or you? 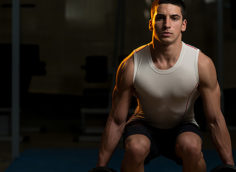 Got longs legs and tiny quads? Here's how to fix that.
Training
Lee Boyce November 9
In case you've just stumbled onto this site, put some ice on your head while I do a quick recap of what's happening here. Australian Wunder Coach Ian King has devised a 12-week leg program that's among the most unique - and the most effective - that I've ever experienced.
Training
Ian King December 10
You like to look good naked. Your training revolves around aesthetics. You're a bodybuilder.
Training
Joel Marion December 14
An observational analysis
Training
Charles Staley May 18