In order to achieve the fastest strength gains, it's necessary to cycle your training intensity. If you go into a weight room twice each week and always try to pull a new one-rep max deadlift, you'll burn out in no time. Yet that's what many guys do, including myself in my early training days.

Once you have a few years of lifting experience, the best strength-building programs combine art and science. Put another way, experienced lifters can often rely on their instincts for determining how much they should lift on any given day. But the art of instinctive training should be measured with the science of quantitative data every few weeks to ensure that you're progressing on the right path, so I'm here to outline the most effective strength-building system I've found.

I became privy to this style of training during one of my many discussions with Pavel Tsatsouline. He learned it from his discussions with Franco Columbo, one of the strongest professional bodybuilders of all time.

The strength cycle focuses on alternating between medium, heavy, medium and maximal loads on different workouts, but those are vague loading descriptions that mean different things to different lifters. To remedy that, I spent considerable time and effort figuring out how to get the most out of those four workouts.

Now, the formal application of the protocol I'm about to outline might differ slightly from the way Pavel or Franco used it, but having applied this system with a wide array of clients over the last two years, I can tell you that it works. However, the original credit has to go to those two savants of strength.

The goal of the 797M system is to increase your poundage for a specific lift, and the strength-building protocol rotates on a four-workout schedule that spans two weeks before repeating itself. The first workout ends with sets that you'd rate as a seven on a scale of 1-10. The second workout finishes with sets that rate as a nine on a scale of 1-10. The third workout is the same as the first, with a few possible exceptions, and the fourth workout is when you try to grind out a new max lift.

The rating for each workout is loosely based on the Borg 1-10 Rate of Perceived Exertion (RPE) scale. I say "loosely" because I don't want you to get hung up on how that scale describes each rating since it varies in different parts of the literature. What does matter is that your seven rating should equate to 70% of your maximum exertion you can achieve that day. However, it's important you don't assume that an RPE of seven is exactly 70% of your one-rep max, as I'll discuss later.

So with the RPE scale in mind, this system cycles between 7, 9, and 7 ratings and finishes with a new max attempt on the fourth workout. Hence the name: 797M.

This system is actually super simple. It's as simple as knowing what a seven or nine feels like on a scale of 1-10 when you finish your last sets. Then, on the fourth workout you'll try to achieve a new one-rep max.

Lifters with a few years of experience can put stock into their own instincts. They have enough experience to know when their nervous system is fatigued or potentiated. In other words, this system won't work well for newbies or for anyone who isn't in tune with their body.

Seem confusing? It's actually very simple and practical once you get through the first few workouts. It's just the art of instinctive training that allows you to determine what a rating of seven is that day. Go with your gut and don't over think it. Your guide will be your warm-up sets when you ramp up the load. This is the critical time in your workout when you'll get a feel for your strength that day.

Why RPE and Not Percentage of 1RM?

You might be thinking, "Why can't I just use percentages of my one-rep max for a lift?" In other words, why can't you use 70% of your one-rep max on the day when you should reach a rating of seven? There are three reasons: 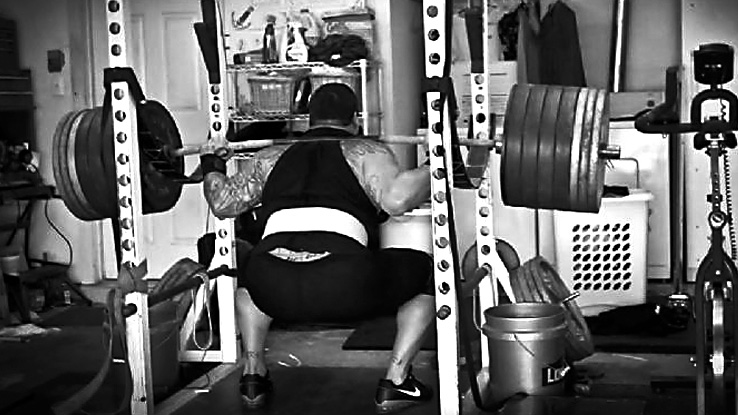 The Science of Workout 4

Now that we got the art of instinctive training out of the way, it's time for science. Science doesn't care about your feelings. No sir, it only cares about cold, hard numbers. So all that previous talk describing what a load feels like in workouts 1-3 goes out the door for workout 4.

The load you lift for your final sets during workouts 1-3 doesn't matter, as long as your RPE is honest. However, the load you lift for your final set on workout 4 means everything because that's the time when you should achieve a new one-rep max. Again, the goal of the 797M system is to increase your poundage for a specific lift. Science is about numbers and data, so there's nothing more scientific than showing a 50-pound increase to your deadlift or squat.

The effectiveness of any strength-building system becomes clear once you see how your one-rep max changes. If it goes down, the system either sucks or it isn't right for you. If it goes up, keep at it. Workout 4 will tell you if this system is right for you.

One caveat: Don't judge the effectiveness of this system with workout 4 on week 2, the first day you first go for a one-rep max. Oftentimes, it takes a few workouts to get into the groove of this style of training. Give this system a trial run for at least four weeks. If your one-rep max on week 4 is higher than week 2, stay with the program.

The first step is to figure out what lift you're trying to boost -- deadlift, squat, overhead press, etc. Remove that lift from your current program and use 797M to build it. (The 797M approach can be a standalone system but that requires another article in itself.) For now, apply this info to just one compound exercise.

I spent a lot of time here hammering the point that this system is not based on any specific percentage of your one-rep max for a lift. A rating of seven on the RPE scale doesn't perfectly correlate with 70% of the one-rep max.

The best thing you can do for workouts 1-3 is have complete amnesia with regard to your previous training loads. Don't let the load of workout 1 (seven RPE) influence what you should lift for workout 3 (seven RPE). Even though both workouts require an RPE of seven, the loads could be significantly different between weeks. That's how you match your work with your capacity and avoid neural fatigue.

Go strictly on feel for workouts 1-3. The only poundage you need to write down is workout 4 when you go for a new max. Try to beat your one-rep max every two weeks.

Rest at least 3 minutes between each work set, and use your judgment for the ramp-up sets. Feel free to perform another exercise that works a different part of the body during the 3 minutes of rest between work sets. For example, if you're using the 797M for the deadlift, you could do a set of overhead presses or dips during those 3 minutes.

Eight weeks, or until it stops working. At that time switch to another compound lift that you want to build and start the process over.

There seems to be something special about this specific structure of vacillating intensities for strength development. Whether you spread out those four training intensities over the course of four workouts like I laid out in this plan, or alternated between the four intensities within sets of a single workout (i.e., wave-loading), the nervous system eats it up. This neural adaptation is what leads to greater strength in the gym. 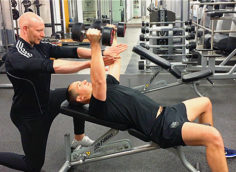 They say you can't out-train a bad diet, but you CAN out-train a moderate one. Here's how to work out and eat so that you can still make progress without strict dieting.
Diet Strategy, Fat Loss Training, N-Acetyl-L-Tyrosine, Training
Chad Waterbury January 9 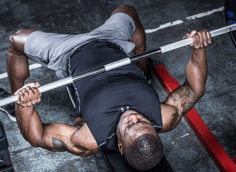 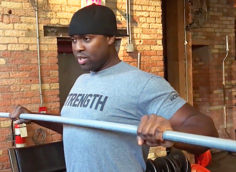