The higher the exercise intensity, the greater the metabolic impact. (1) Case in point, a 2008 study showed that high-intensity exercise sessions over 6 weeks (3 times per week) are a powerful method to increase whole-body and skeletal muscle capacities to burn fat. (2) As such, high-intensity interval training (HIIT) has become a popular and proven method to use for fat-loss, as well as to improve cardio and conditioning levels. (3,4)

Now, even if you’re familiar with HIIT, you may not be familiar with supramaximal interval training (SMIT), which not only gives you the metabolic benefits of high intensity exercises, but also may be a more effective training option for improving fitness and performance.

To better understand how to use SMIT, and HIIT, for that matter, you need to be aware of the differences between the two. Put simply, HIIT involves interspersing high-intensity work (exercise) intervals performed at 100 percent of your VO2max with either active-recovery (low-intensity) phases or passive-recovery phases (standing or sitting fairly still).

SMIT, on the other hand, involves interspersing maximal intensity (all-out) bursts of exercise intervals performed at MORE than 100 percent of your V02 max with passive-recovery phases. Now, if you’re not familiar with VO2max, you may wonder how it’s possible to work at more than 100 percent of it. The answer depends on understanding just what VO2max is. It’s the highest rate of oxygen consumption attainable during maximal or exhaustive exercise.

To understand these dynamics in more practical terms, let’s look at the “talk test.” Let’s say that you and a friend are jogging together and carrying on a conversation. If you’re able to speak in normal, full sentences without huffing and puffing between words, then you’re in an aerobic state (with oxygen).

However, if you both increase the pace to a fast run or a sprint, you’ll still be able to talk to one another, but you’ll be unable to get out full sentences without huffing and puffing. In other words, you’ll be in an anaerobic state (without oxygen).

Now you can see that VO2max is just the maximum volume of oxygen you can consume and use. In other words, it’s the level at which you can’t increase your intake of oxygen. Crucially, however, it’s not the maximal amount of work intensity you can achieve. You can still work at a higher intensity – an anaerobic intensity – and that’s what supramaximal training is all about. 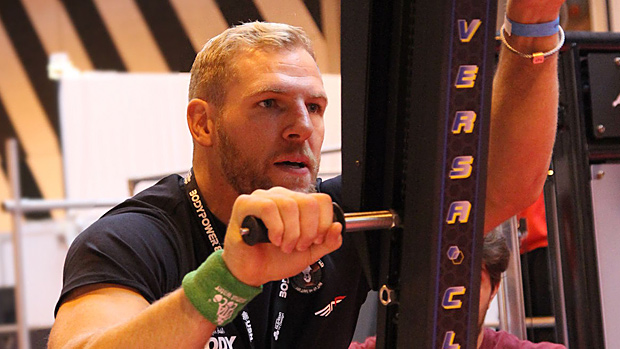 Four Ways to Do SMIT

Like the Airdyne bike, the VersaClimber was a gym staple for years but is rarely found in larger gyms these days. Both the Airdyne bike and the VersaClimber provide a fantastic option for SMIT because they both incorporate upper-body and lower-body action and allow you to speed up and slow down without manipulating settings. They’re also a low impact way to create a very challenging conditioning workout, great for people who have knee or back issues.

Setup: Climb onto a Airdyne bike or VersaClimber.

Action: Drive your feet and arms as hard and as fast as you can for 30 to 60 seconds. Rest fully for 90 seconds to 3 minutes between intervals. How long you go on each round and how many total rounds you perform depends on your fitness level.

Battling rope exercises are often done after a comprehensive resistance-training workout and are commonly categorized as a “metabolic finisher.” That said, you can maximize the metabolic cost by moving the rope as fast and as hard as possible during the work portion of each interval.

Shuttle sprints offer one of the best ways to incorporate SMIT because they don’t require any special equipment or even a gym. You just need the will to go through super-intense work.

Action: Jog up to the start cone, and then sprint as fast as you can back and forth between the cones. On each reversal of direction, touch the cone, alternating hands from one touch to the next.

Lengths are as follows:

Between rounds, use a work-to-rest ratio of 1:3 or 1:2, depending on your fitness level. For example, a 1:3 ratio allows you one minute to complete a 300-yard shuttle sprint, and then three minutes of rest before starting the next round. How long you go each round and how many rounds you perform is indicative of your fitness level. 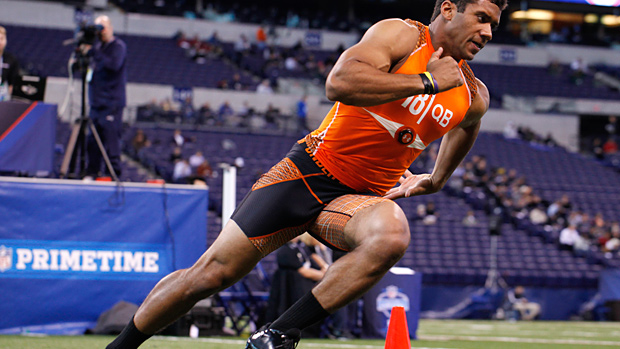 Gassers have been used by American football coaches for years in order to get their players in great condition for the upcoming season. They originally involved running the width (sideline to sideline) of a football field, which is about 53 yards (49 m), for two or four laps.

Action: Jog up to the start cone and then run as fast as you can back and forth between the cones. Unlike shuttle sprints, don’t touch the cones at the turns. This allows you to stay more upright.