The Power of Tea

Tea? Sure, that’s coffee’s weaker sister. When coffee’s friends come over, coffee ties tea to the towel rack by her pigtails and shuts the door. At least that’s what people think. The reality is that tea has some pretty amazing cognitive and health benefits that rival or surpass coffee’s, especially when you know how to manipulate it.

The Force is Strong in This Amino Acid

Theanine, which develops in the roots of tea plants and then accrues in the leaves, is also a powerful nootropic, or smart drug. It has a long list of medicinal benefits, too:

However, it’s most highly regarded for its effects on mental sharpness, anxiety, and mood in general. Things get kind of magical, though, when you have a drink where it’s combined with caffeine, as is the case with most varieties of tea.

Caffeine and Theanine, Brothers in Arms

When theanine is combined with caffeine, or any nootropic, you get a synergy that results in much quicker reaction times and better memory recollection, along with increased mental speed and accuracy. That means that you’re able to solve problems quicker, or more easily dig out and retrieve those elusive facts that tend to hide somewhere within the folds of your brain.

Instead of being a kitty mesmerized by the catnip on a string known as YouTube or Facebook, your mind becomes your own. And with better concentration comes better workouts and better everything.

And fear not the negative side effects of caffeine, like nervousness and jitters, because theanine ameliorates them. In other words, theanine accentuates and enhances the good aspects of coffee while squelching the bad.

Everything I said about the combination of theanine and caffeine in tea is true. However, the optimum I-want-superpowers dosage for theanine is generally about 200 mg. (but everybody’s got a different sweet spot).

The trouble is, the average cup of tea contains around 24 mg. of theanine. While that dosage will still do all the things you want it to do, it’s often literally a kind of weak brew.

There are a few things you can do to supercharge your brain with theanine: 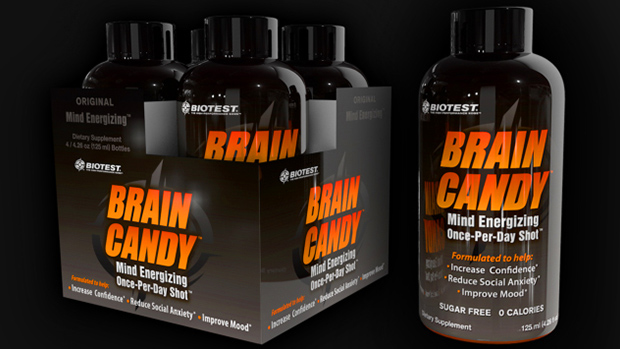 This would of course be much more potent than any tea or tea-plus-theanine capsule combination.