It’s not a diet, they say. It’s the natural way to eat, the way humans are genetically adapted to eat. There’s no end date – you don’t get off paleo. You live it, embrace it, and eat bacon while watching your waistline shrink.

The premise? Our genes have hardly changed since the Paleolithic era. Therefore, for optimal health and body composition, we should be eating a pre-agricultural diet, one void grains, most dairy, potatoes, sugar, and of course all the modern abominations that pass as “food” these days.

There are a dozen variations of “paleo” today, most stemming from the ideas of gastroenterologist Walter L. Voegtlin in the 1970s. Some flavors of paleo are strict, not even allowing nuts, quinoa, starchy tubers and non-organic meats.

Other versions are more lenient, allowing sweet potatoes, even grains like rice and quinoa, raw cow’s milk, some supplements, and dark chocolate.

If you consider yourself a healthy eater, chances are you’ve accidentally done some variation of paleo before. You cut processed food, then filled up on meat, vegetables, and the occasional fruit.

Since 2009 I’ve done several variations of paleo – rigid and lax – though I’d done it unofficially as a natural teen bodybuilder before it became “a thing.” I learned the benefits and drawbacks of strict paleo.

And as a nutrition coach, I’ve seen the good, the bad, and the ugly. Let’s discuss. 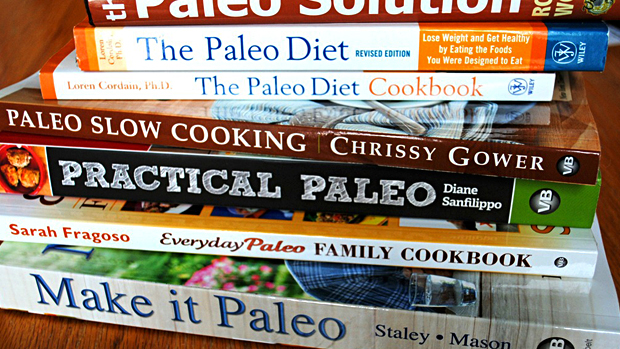 Have no doubt, if North Americans followed even a relaxed form of paleo, we’d have no obesity problem. We’d be a leaner, healthier society, one less dependent on prescription meds, Spanx, and Photoshop.

Paleo, and all its ancestral varieties, taught us to question conventional wisdom that came from many doctors, dietitians, and health officials.

And while conventional wisdom told us to eschew dietary cholesterol and get plenty of whole grain bread and “heart-healthy” cereal, paleo taught overweight people that these behaviors were precisely the things making them fat.

From paleo we learned that the best way to fix a serious ailment like Type-II diabetes was to trade in our pastas, breads, and junk food for things that came straight from nature: vegetables, meats, seeds, eggs, fruit, and maybe some full-fat dairy.

Paleo’s emphasis on whole food helped a multitude of people drop the garbage that has trapped them in a cycle of self-sabotage. It brought awareness to the lay masses, gave them positive upward momentum toward their fitness goals, and gave government nutrition guidelines a much-needed kick in the crotch.

Paleo protocols also exposed a major flaw in low fat and vegetarian diets: the need for saturated animal fat and dietary cholesterol. Paleo’s emphasis on meat and animal-derived foods taught many misinformed people that they will suffer in the absence of these foods.

Meat and animal fat help us produce the hormones that give us a robust sex drive, make us emotionally stable and happy, help us build muscle, enable us to fend off illness, and maintain a fired-up metabolism.

The internet has captured scores of accounts from vegetarians who turned paleo. From their accounts, we learned that a diet composed of bread, fruit juice, and soy will not only make you skinny-fat, it’ll also make you constipated, prone to depression, impotent, lethargic, and unable to build much muscle and strength.

Paleo also reignited the basic human skill of cooking. Since IHOP brags about adding pancake batter to even their omelets, it’s no wonder paleo eaters took to their own kitchens. This is a good thing.

No matter what form of paleo the average overweight person adopts, it’s likely going to be an improvement on the way they were eating before. A nation on paleo would mean less disease, longer life spans, and lower healthcare costs.

I’ve recommended a paleo-ish diet to overweight clients. Of course, these clients just wanted to be not-obese. 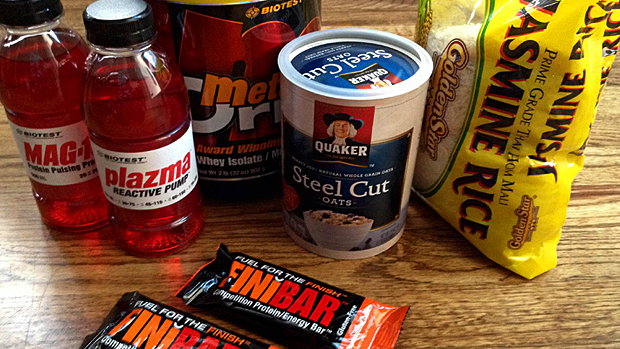 Eating full-on paleo is inadequate for part of the population: our part – iron lifters, strength seekers, and athletes.

Here’s why: Our workouts and physique goals require more than what’s allowed on paleo – more carbs, advanced workout nutrition, and fast-digesting protein. We don’t just “get away” with eating processed food. We thrive on it.

These are not goals of the general public. These are our goals. We don’t have average goals and we’re not average people, so why would we eat a diet best suited for them?

If proven workout nutrition supplements are prohibited in your diet, you either need to rethink your diet for the sake of your sport or your physique, or stick to that diet and realize you’re going to lose. Your competition has the leg up if they’ve been using targeted, non-paleo workout nutrition.

They’ve been recovering faster, training harder, building more muscle, and even losing fat faster than you. Can you train without it? Sure. But you won’t accomplish as much as you would have with the addition of workout nutrition. Going back in time with your diet is a handicap if you’re an athlete.

You’re literally retrograding your nutrition to stay within the bounds of staunch dietary rules. Avoiding advanced supplementation because it’s not caveman food is like eating moldy bread when what you really need is a non-Paleolithic shot of penicillin.

To say that we should be eating exactly like our ancestors is on par with saying that we should be denying ourselves thousands of years worth of scientific advancement. Granted, not all dietary advancement has been good for us. Cheetos won’t help us earn pro-cards, but other advancements have been damn good.

By passing up those benefits we miss out.

A weight training workout fueled by kale smoothies and coconut oil won’t help you train harder. Fasted training, as many paleo adopters recommend intermittently (yet do daily), will not give you the edge.

You’re not going to recover as quickly following paleo guidelines as you would when using workout nutrition designed specifically for workout time.

Can unprocessed plants and animals serve all of our needs as athletes? Not if we’re wanting to optimally build muscle, perform our best, and take our bodies from “not fat” to phenomenal.

And workout nutrition isn’t the only thing prohibited. If you’re a strict paleo dieter, legumes, potatoes, and grains (even wheat-free grains) are off limits. If you’ve placed beans and oats into the same category as candy bars, well, you need to relax and take a breath.

So where do your carbs come from on many paleo plans? Primarily from fruit, honey, and starchy vegetables like parsnips and squash. But since nobody has the time to bake a squash and have it ready to go after every workout, fruit and honey become a frequently-used carb component. Both are lacking for workout recovery.

Fruit and honey aren’t inherently bad, but even staunch paleo advocates recommend keeping them to a minimum because fructose is hard to digest for a large portion of the population.

Swapping all of your starches for fructose-filled foods can have nasty side effects like gas, bloating, cramps, constipation, diarrhea, weight gain, and even nonalcoholic fatty liver.

These are the side effects of excess fructose, yet rice is totally off limits? And if your dietary guru insists that bee vomit is food but protein powder isn’t, perhaps you need a new leader.

Do you think eating an apple on leg-day will help you speed recovery and build muscle tissue? Do you think a yam has remotely the anabolic effects of structuralized di-/tripeptides and specialized carbohydrates? Do you think it’ll help you kill your next workout with just as much or more intensity?

Maybe you do think that, but maybe you don’t actually train as hard as you think. Unless you have incredible genetics, the most transformative workouts will require more than meat, fruit, and vegetables. 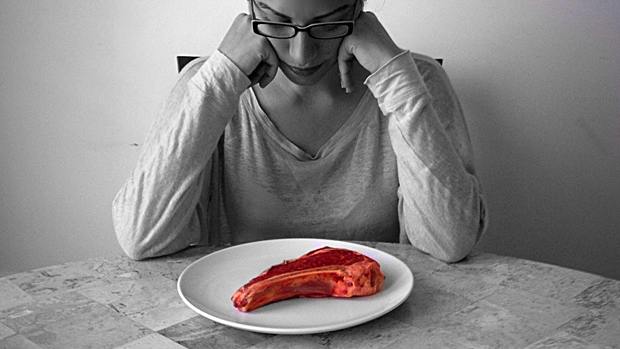 We like boundaries and structure. We want to hear someone say “don’t eat that.” Because then there’s certainty; no hemming and hawing about the fudge. Clear guidelines give us a sense of control because then we know what to eat and what to avoid.

But when a fit person feels guilty about “indulging” in beans there’s a problem, and it’s not the beans. It involves becoming hyper-restrictive and taking a sometimes-useful strategy too far.

Paleo can get ugly with its boundaries, especially if those boundaries make you freak out over things that never caused you problems in the first place.

If you eliminate something from your diet for an extended period of time and notice no benefits, then add it back and notice no pitfalls, it’s not worth worrying about. Especially if you’re already fit.

I place legumes in this category because I remember buying a bag of lima beans and feeling guilty. I’d been denying my craving for them because a voice in the back of my head was saying, “Are the lectins in those beans going to keep me from burning fat!?”

At the time I was on a staunch paleo regimen and didn’t consume any processed food, workout nutrition, potatoes, rice, or beans. I also couldn’t muster up much intensity at the gym. 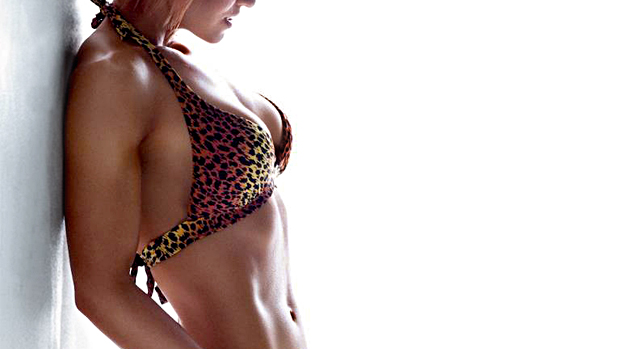 So did paleo make me look or feel any better? No, but it did make me good at eating paleo. Do you see where this is going? Forfeiting athleticism to claim a dietary label only preserves your ego – not your muscle mass.

Paleo also popularized intermittent fasting, which in and of itself isn’t a bad thing for certain people – especially when done intermittently. But for those who rigidly follow paleo, chronic fasting often becomes a way to offset an indulgence in food that isn’t paleo-approved.

Being so obsessed with the purity of your food that you have to repent from dietary sins borders on both orthorexia and the non-purging form of bulimia. It can be a slippery slope for those who already have issues with disordered eating.

The ugly side of paleo is when it goes from instinctive common sense to fanaticism. That fanaticism is the point at which paleo becomes a fad diet, or even quasi-religious dogma.

If you’re fat, paleo will improve your health. But if your goals include building muscle, strict paleo isn’t the way to go. Since renouncing paleo I’ve traded in whole-food fanaticism for common sense, bigger biceps, and ironically a leaner body.

People who train hard several days per week need simple, easy to digest carbohydrates (and not just at workout time) along with science-derived supplements.

Potatoes, beans, rice, and workout nutrition drinks didn’t make America fat. These are not pig-out foods. And if they improve your performance, give you more energy, and make you feel satisfied at mealtime, they’re not just permissible foods you can get away with – they’re essentials.

A paleo plan would help them, but so would simply giving up hyper-palatable junk food and fast food. If they need the initial rigidity, a paleo diet would lay the foundation for never touching crap food again.

For those with bodybuilding and strength goals, paleo often throws out the cave-baby with the cave-bathwater. Too few carbs from sources such as rice, oatmeal, buckwheat, potatoes, and legumes will hamper hypertrophy and performance goals.

Neglecting workout nutrition and other beneficial supplements is simply choosing not to make optimal gains just because your very-great granddaddy didn’t have access to them.

Yes, eat your meat, veggies, and whole eggs. Yes, drop the junk carbs, excess sugars, and pretend-foods that breed on today’s supermarket shelves. But don’t disregard the foods and supplements that help you build muscle and perform better than any caveman ever could.