Challenging, life-changing, sometimes overly complex training and nutrition advice: it's what we do. And most hardcore, no-days-off lifters love it.

But what happens when a "regular" person asks us for fat-loss tips?

Do we tell Aunt Mabel to get up at 6 AM, slam some casein hydrolysate, and perform 30 minutes of EMOM-style barbell complexes?

Do we tell our friend Joe – who doesn't know exactly what a carbohydrate is – to start weighing and logging every macronutrient and calorie he walks past?

Nope. And you may not believe it, but sometimes even dedicated fitness folks want to keep things simple, too.

That leads us to this question:

"What's the simplest, most effective thing someone can do to lose fat that doesn't require any calorie counting or drastic lifestyle overhaul?"

Skipping breakfast and eating a low-protein diet are two of the most common practices of overweight people. So, don't DO that if you don't want to BE that.

Those two habits trigger other behaviors and biological processes that, in a nutshell, cascade and coalesce into fatness and sadness.

If someone wants to delve a little deeper, I'll tell them to eat almost a gram of protein per pound of body weight (assuming they're not morbidly obese, of course) or at least shoot for that roundabout number.

While new studies show that lifters chasing muscle gains may not need quite this much protein, a library of studies on dieters – sedentary and active – show that a higher protein diet has several benefits:

Science tells us that dieters who consume a hefty amount of protein lose more body fat than low-protein dieters, keep the chub off easier, and even lose more fat around their belly areas (visceral and subcutaneous).

That holds true even if the high and low-protein dieters are consuming the same total number of daily calories, probably due in part to the thermic effect of protein.

Protein has an autoregulatory effect, meaning if you get a hefty amount of it daily, then everything else will pretty much fall into place, like appetite regulation and calorie control.

The simplest way to pump up your protein is to have one high-quality protein shake per day, preferably formulated with micellar casein. Two scoops of Metabolic Drive® is the ideal choice.

Have this shake for breakfast if you normally skip that meal, replace lunch with it, or make it into two, one-scoop servings and have those as snacks or additions to your meals.

If you're feeling chefy, turn your protein powder into no-sugar-added desserts. Check out these video recipes on YouTube.

My best advice for you, Aunt Mabel, is to pack a lunch.

I've got this pet theory about obesity in America. I think most poor bastards have such dreary existences that lunch is the damn highlight of their day. They go to restaurants with their friends or work associates and they eat their burritos or burgers and fries, and they momentarily stop thinking about taking a header off the roof of their workplace.

They endure, but they eventually end up looking like, well, the type of people you see sitting in fast-food restaurants at lunch.

In fact, I think the best thing you could do, Mabel, is to skip going out for most meals altogether, and it doesn't matter if we're talking about fast food restaurants or higher quality establishments.

The thing is, when you go out to eat, it's damn hard to have any control over the ingredients, and subsequently the calories, in your entree.

I'll give you an example: I dabble in cooking myself. I even won a "Soup-er Bowl" competition with my "Give Peas a Chance Primordial Ooze Pea Soup," (for real) so I have some idea about how chefs in general tasty-up their dishes; how they always make you wonder why you can't cook like that at home.

Here's the secret, or at least one secret: Chances are, if your dish is so good you'd flash the crowd at Fenway Park in exchange for another plate or bowl, it's probably because it's got a stick of butter in it. My contest-winning soup did. Butter equals delish, but it also equals calories and calories equal tubbiness.

But excess butter is just one example. There are all kinds of hidden calories in restaurant food.

A cut of salmon is a single, whole-food ingredient. So is some steamed cauliflower or carrots. Oprah's favorite Red Velvet cupcake is not. Neither is a plate of lasagna, a bowl of ice cream, or pretty much anything that comes in a Day-Glo box and thumps its chest a little too damn hard about being "natural" or "healthy" when it's anything but.

Likewise, try replacing your beloved cream cheese breakfast bagel with a protein drink. (Eating high-protein, in general, can boost metabolism by 80-100 calories a day, in addition to slashing about 400 total calories off your diet per day.)

If you don't find your newfound, sensible, nutritious meals filling, keep some healthy snacks available; things like hard-boiled eggs, nuts, baby carrots, and fruit. If you need to treat yourself and still stay on dietary course, get one of those Yonanas from Amazon that lets you make "ice cream" out of frozen fruits. (But don't overdo it, of course.)

And yes, Mabel, you can still go out to eat occasionally. Just try to keep it to fewer than 10 or 15% of your total weekly meals. You'll get leaner without even counting a single calorie and you'll save a ton of money to boot.

Zero in on that one thing you keep doing and set up your life in a way that makes it easier to avoid.

People who struggle with their eating usually have one big thing that's holding them back. You can probably guess what yours is. So adopting a complicated diet that doesn't really address your thing won't help... especially if that diet is unsustainable. You'll just end up going back to that thing.

The good news is, you don't have to overhaul your life in order to destroy the big thing. But you will have to figure out what's causing you to keep doing it.

So what's your one thing? Here are some common ones: drinking too much alcohol, snacking excessively in front of the TV, using food to cope with anxiety, continually buying fast food or junk food... name yours if I missed it.

The truth is, tackling your biggest issue will make the biggest impact on your body long term. But you need to figure out how to do so without white-knuckling it; otherwise, the changes you attempt won't stick.

So first, get to the bottom of what's causing you to do your one thing, and then work on the habits that'll make preventing it super easy.

Need help? For a couple of these problems, you could practice preventive eating. Sometimes people overeat because they've eaten too little during the day, and then they overcompensate at night or in the afternoon.

If that's your big thing, try having regular, high-protein, satiating meals during the day. You may find you're less tempted to pig out in front of the TV or scarf your kid's junk food. Intermittent fasters are often the biggest intermittent bingers, so if you have a nighttime overeating habit, reassess your daytime calorie intake.

If you have a problem continually eating fast food or junk food, make sure you've got better options readily available at all times. For me, this is often fruit, pickles, cherry tomatoes, radishes and hummus, the protein desserts I'm always making, deli meat, or a serving of 90% dark chocolate. Measure out serving sizes of the things that are more processed and easier to overeat.

For emotional eating, you'll need to train yourself to reduce stress in productive ways. Have a strategy in place before the urge for comfort food hits. Then when it does, press pause. Recognize what you're feeling and take action instead.

Maybe you need to go for a walk, journal, work out, or prepare a fancy dinner with your own two hands so that you'll channel your feelings into something that serves you.

One way to figure out what's causing you to do your one big thing is to keep a log. Get into the habit of writing down what you eat and when simply to increase awareness. See what foods satiate and what foods leave you wanting more. Don't feel pressured to track calories. This is more about increasing awareness of your eating habits. More awareness is never a bad thing.

Then, figure out what you can start practicing to not feel dependent on that one big thing.

Eat a little less, move a little more, do neither to an extreme.

Sounds too simple, but simple works. And really, the last part is most important and most often overlooked.

Decreasing input and increasing output is a time-tested formula for success, but when you start pushing too hard on either front, planning becomes a much more delicate situation to allow recovery, prevent burnout, and keep results flowing steadily.

1 You know you gotta reduce calories.

There's just no getting around it. Cutting back on carbs is simplest; maybe fats, too; never protein. So, smaller portions of "starches" like potatoes, rice, and bread. Swap any added sugars in coffee, tea, or soda for calorie-free substitutes.

If you slather your breakfast toast in butter, switch to a light schmear. Do I need to point out that any pure junk (like candy, ice cream, and drive-thru) should get dropped before anything else? Common sense, please.

Basically, you're looking for ways to shave down daily calories that, if you're really honest, aren't all that painful to implement.

2 Start exercising if, for some bonkers reason, you're not already.

Prioritize resistance training to build lean muscle, crank up your resting metabolism, and actually improve your physique, as opposed to a cardio-only plan that does none of those things.

Generally speaking, a week that has "mostly lifting plus some cardio" delivers better overall results than "mostly cardio plus some lifting." The actual details of the plan are certainly flexible, and there are plenty to choose from. Just be sure you're lifting more often than pedaling.

If you're already training on a decent program, fit more workout into your workout by supersetting with bodyweight exercises in your session. Bang out push-ups during a lower-body workout, reverse lunges on bench day, chins with deadlifts, you get the idea. Just keep the bodyweight intensity relatively low since you're doing it for a conditioning boost instead of sitting and actually resting between sets.

3 Remember, we're looking to shift a little in each direction instead of throwing the kitchen sink/fridge at the fat loss situation.

The "little here, little there" approach also allows continuous tweaking as you go, compared to trying to make giant changes, hitting a plateau, and needing to figure out how to make even-more-giant changes to spark progress. As the old saying goes, we want to hit our abs with a fly swatter, not a sledgehammer. 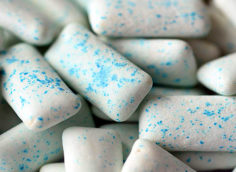 There are two long-term solutions to yo-yo dieting and bad eating habits, but not many people want to hear them. Too bad.
Losing Fat, Nutrition & Supplements, Tips
Chris Shugart October 15

It's the New Year, the traditional time to think about ditching all that blubber. What's the best way to do it, low carbs, low fat, low calories, exercise, supplements, or some novel approach?
Losing Fat, Nutrition & Supplements
T Nation January 7