I Hate the Patriots and Keto Sucks

Dieters are kind of like football fans. Think of Patriots fans. It's popular to love the Pats these days because they've been winning. They're in the spotlight and everyone has jumped on the bandwagon. And those bandwagon fans can be unbearable.

But the true Pats fans, those who've loved them since they were kids – back when they sucked – are not obnoxious. They're a lot different than those who now love them only because it's the hip thing to do. And it's because of these newer fans that I kinda hate the Patriots – even though I didn't use to.

Keto has a spotlight on it now too. Many people have jumped on the bandwagon and become super-fans, even though low-carb diets have been around for ages. I don't actually hate the keto diet. It has some benefits. But it's the behavior of the keto cultists that pisses me off and makes me kind of "hate" keto.

In other words, I dislike the Patriots the same way I dislike the keto diet. But I'm objective enough to recognize that both are actually pretty darn good.

Keto doesn't suck. It brings a lot to the table. While I wouldn't say it's the single best diet, for some people it can certainly feel like it. The problem is that those who feel great on keto think it's the universal diet that everyone ought to be on. They make it their personal mission to recruit others. Not unlike vegans, intermittent fasters, paleo eaters, and macro counters.

The problem is, not everybody will feel great on keto or have good results. So why do keto fanatics think they will? Because of what it does for them. Let's look at that. 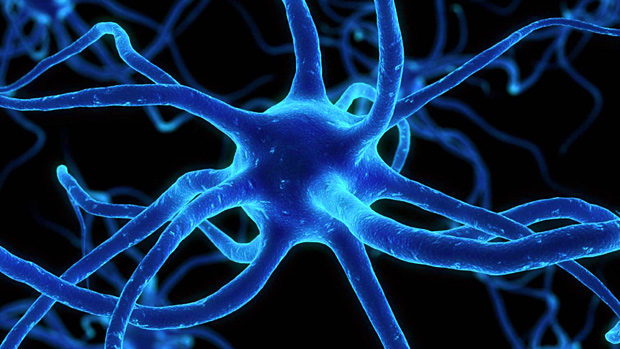 Don't think of keto as just a means of fat loss. In some people, it can reduce anxiety and mood swings, increase well being, and improve sleep. How? By increasing the conversion of the neurotransmitter glutamate into GABA, another neurotransmitter.

Why would that conversion make you feel better? Let's look at the symptoms of high glutamate. A person who has a high amount of glutamate might display the following:

Keto decreases glutamate and increases GABA. We'll talk about how it does that in just a bit, but now let's look at symptoms of low GABA. A person who doesn't have enough GABA might display the following:

You can see how someone with high glutamate and low GABA wouldn't feel awesome. Since glutamate is converted into GABA, high glutamate normally comes with low GABA. In such cases the problem lies in the poor conversion.

So how exactly does the keto diet factor into all of this?

The Brain Benefits of Keto (For Some)

Ketones increase the action of the glutamate decarboxylase enzyme (GAD) that's responsible for the glutamate to GABA conversion. In other words, when you're in ketosis, you'll lower glutamate and increase GABA.

If you had a high glutamate or low GABA brain chemistry, you'll likely feel a lot better when you switch to keto. But not everybody will.

I understand what happens though. If you did feel awesome after doing it, then it's possible you've been feeling bad for a long time (often not even realizing it because you got used to it) and all of a sudden you feel like a new person.

What can seem miraculous is simply an increase in GABA and a decrease in glutamate. You're getting your brain back to what it should've been experiencing all along. But compared to your previous state it feels like a veil has been lifted from your eyes. When you have that kind of experience you can very easily turn into a keto evangelist.

But here's the thing: Some people will have the opposite reaction. It all depends on their brain chemistry. 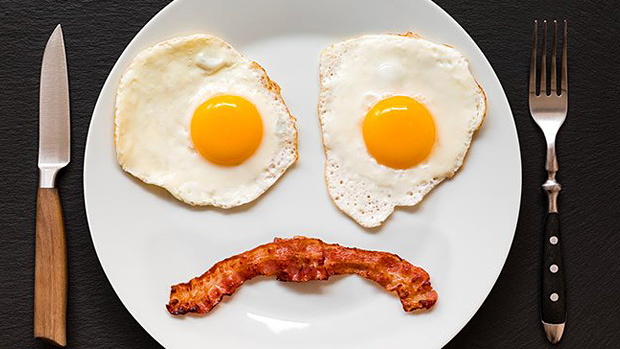 Why Keto Sucks (For Some)

There are two main inhibitory neurotransmitters in the brain: GABA and serotonin. Both will calm the brain down, reduce anxiety, and allow you to relax and sleep better. While keto may increase GABA, it'll decrease serotonin.

And unlike the person we talked about earlier (with low GABA and normal-high serotonin), if you're a person with low serotonin, keto will make you feel like crap. It'll increase anxiety, not decrease it, and make it hard for you to switch your brain off. It'll also lead to chronically elevated cortisol levels.

Depending on what you eat, one of these amino acids will be favored for transport over the other. If you ate carbs and protein you'll favor tryptophan (thus increasing serotonin production) and if you ate protein and fats you'll favor tyrosine (thus producing more dopamine and less serotonin).

On a keto diet you'll produce more dopamine, but much less serotonin. People who naturally produce a lot of serotonin won't have problems, but those who don't will get more anxious, will lack the desire to try new things, and might have problems concentrating and sleeping.

Amping Up The Brain

If you've read The Best Damn Diet for Natural Lifters you saw that for most people, I recommend avoiding carbs in the meals prior to training. The first carbs of the day would be with the workout drink, like Plazma™.

You could argue that eating a keto diet could be beneficial for performance by increasing dopamine and adrenaline, which keeps your brain firing on all cylinders. In some cases this could be true. But not with everybody.

What if you're someone with an overactive nervous system? It fires on all cylinders, all the time, already. You overthink, overanalyze, are afraid to take risks, don't want to get out of your routine, you can't shut down your brain so you can't fall asleep, and your muscles – instead of contracting harder – become tensed.

For that person, increasing dopamine and adrenaline even more will simply make matters worse. At some point you want to shut your brain down for the night. It's cool to be in fight-or-flight mode during the day, but you have to get in rest and recovery mode to unwind and recharge for the next day.

Carbs are useful for that. They allow you to calm the brain down either by increasing serotonin levels or by decreasing cortisol. 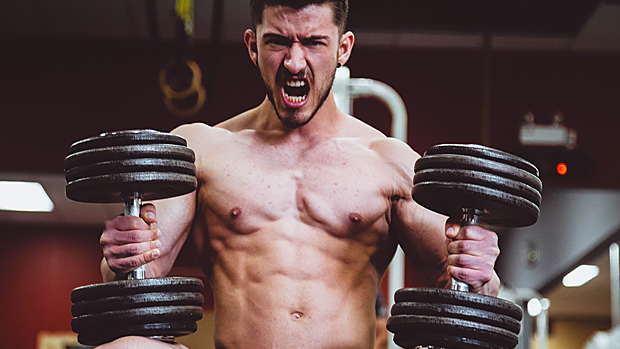 As serious lifters we all know about cortisol, mostly because we see it as a muscle-wasting hormone. But its function is not to initiate the self-destruct sequence in your muscles. It has many very real and important roles.

It's often called a stress hormone but I prefer to call it a "readiness" hormone. It puts your body in the best physical and mental state to fight a tiger or run away from it. Its main functions are:

When you keep your brain amped up, in fight-or-flight mode, keeping the autonomous nervous system in sympathetic mode, you'll have a higher cortisol level because the cortisol is needed to convert noradrenaline into adrenaline.

On top of that, on a keto diet, blood sugar can easily drop down too low, which also increases cortisol levels, especially if you're prone to overproducing it.

That's one of the downsides of keto dieting: If you're prone to having a hard time calming the brain down, it could make matters worse. If you tend to overproduce cortisol, you'll likely accentuate the problem.

There are benefits to low-carb eating, or more precisely, low-carb meals. That's why I like to keep mostly low carb throughout the day when I need to keep my nervous system firing fast. But adding carbs when you need to calm the brain down after the workouts and in the evening offers many benefits too.

But when it comes to the brain, be careful when recommending a keto diet to everybody. The truth is, it won't suit everyone and will lead to different experiences depending on your own brain chemistry and hormone levels.

Keto Is More Like Dan Marino, Not Tom Brady

Keto's the same way: It does offer several great benefits and under some circumstances, with some people, it can be the best choice. That's why if you're one of those people who responds well to it, it can be tempting to spread the word.

For those people, it can be more effective than other diets when it comes to fat loss. Not because there's some magic in cutting out carbs, but because for some people the keto diet reduces cravings and makes it easier to get into a caloric deficit and stay there.

Glutamate is the emotional amplifier; it increases the response to something, to someone, or to an event. If you love a certain food, the higher glutamate will increase the pleasure response. As a result you can more easily become addicted to a food and you'll crave it a lot more when dieting.

If you lower glutamate you can decrease those types of cravings. And by increasing GABA you'll decrease the desire to binge.

By increasing dopamine and adrenaline, keto can also blunt hunger. When your autonomous nervous system is in sympathetic mode, your appetite/desire to eat decreases. Adrenaline and dopamine are what put you in that mode. That's why when you're busy, you may say you "forgot to eat," but in fact you weren't even hungry.

And finally, fats are satiating. Fat takes longer to digest and doesn't lead to blood sugar swings. This also reduces hunger. For many, a keto diet makes it easier to eat fewer calories. But make no mistake, you're losing fat simply because you're eating fewer total calories.

While it's an awesome way to blunt hunger in some people, it'll make it worse in others. Those with low serotonin levels will crave carbs when they go keto. This is their brain acting out to force them to eat foods that'll help it increase serotonin levels. The idea of comfort foods may be more accurate than people think.

Keto might be awesome for you but might be crappy for someone else. It remains an inferior option for maximum muscle growth, and will not be the best fat loss diet for everybody. So don't be that guy who tries to force everybody to believe the same thing he does. Because the truth is, not everything works best for everybody.

And if you're a keto fanatic, try to be more objective. I hate Tom Brady, but I can objectively say that he's the GOAT at what he does. Just like you can admit keto isn't optimal for muscle growth and won't work for everybody. Being objective doesn't make it any less effective for you. And frankly, it'll make people more willing to listen to you.

The only people who like it when you preach about how awesome keto is are other keto apostles. And they don't need to be convinced.