Staying Lean While Trying to Bulk

How lean should you get before starting a mass phase? Is there a point where you’re “too fat to bulk?” And while we’re on that topic, how lean can you stay and still be able to pack on muscle? What is the optimal body fat percentage for muscle gains?

These are big questions. Here are the answers. 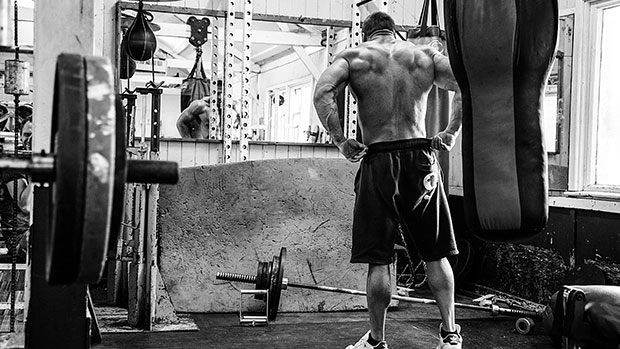 Train with weights, eat well, recover, rinse and repeat. The “how to” of building muscle is no great mystery. The questions arise in the nitty-gritty.

There are four main factors involved: your hormones, mental well being, physical health, and body structure.

No two individuals are alike, and no two bodybuilding programs should be either. Let’s explore those factors, then come up with a game plan for you.

We all have different metabolisms and hormonal profiles, and by extension, different dietary needs. When talking about bodybuilding, these differences play a major role in how fast we gain muscle and also how much fat we might gain in the process.

A genetic ectomorph (skinny guy with a slight build) will obviously have very different dietary needs and responses compared to a genetic endomorph (larger framed guys who put on fat easily).

If the endomorph tries to stay as lean as the ectomorph does while trying to build muscle, he’s going to waste a lot of time not making progress.

Hormones like testosterone, estrogen, cortisol, thyroid, and insulin all play very important (and interdependent) roles in the process of physique manipulation. Looking at each one individually, we have the following:

For males based on diet and body fat:

Obviously, competitive bodybuilders get much leaner than this for competitions, but it’s not something most will maintain year round, especially if they’re trying to get bigger.

Also remember that hormones are delicately interlinked. Change one and you change quite a few others. If something is out of whack, it can create a hormonal cascade resulting in a myriad of issues, which can make results hard to come by.

It can also be hard to pinpoint the root of the problem because of the ripple-effect nature of hormones.

You also have to factor in the mental and social aspects of weight gain. If you’re an ectomorph who’s uncomfortable eating 6,000 calories a day, your life may be tough. You need to keep things enjoyable if you plan on playing this game long term.

Take bulking too far and getting fat will increase blood pressure, blood sugar, and blood lipids (cholesterol and triglycerides).

Make it your default lifestyle and these issues may lead to diabetes, cardiovascular disease, and kidney issues, among other serious concerns. They also create hormonal imbalances, which can slow muscle gain.

This is a lose/lose situation. You look out of shape, your health is suffering, and you’re impeding your bodybuilding goals.

Remember, bodybuilding is more of a marathon than a sprint. The guys with the most longevity in the sport do the best. Ronnie Coleman won his last Olympia at age 41. Three of the seven weight class winners at a recent Nationals were over 40 years old.

Disregard your health by getting too fat and your body may be too wrecked to run the hypertrophy marathon. 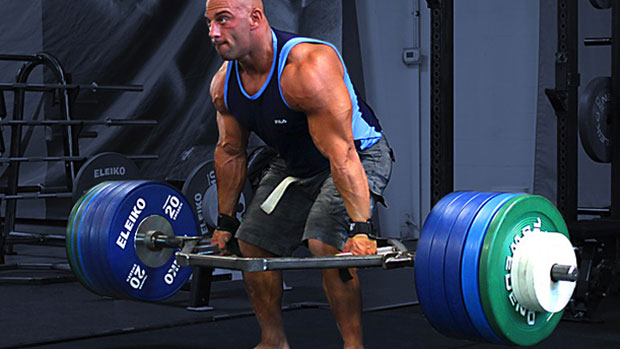 Generally speaking, the bigger you are, the stronger you are. Increased body weight not only helps with strength from a muscular standpoint, but also a mechanical standpoint.

Your leverages for most lifts are optimized when you’re bigger, and having a bigger midsection helps with lifts like the squat (for stabilization) and also bench press (by reducing the range of motion).

One lift that usually suffers during weight gain is the deadlift. For most guys, leverages for that lift get worse. Having a smaller midsection helps get into position better on the deadlift, so more leg drive can be used and it’s easier to get “behind the bar.”

So we know that you usually get stronger as you get bigger – and getting stronger is a great way to add muscle – but at what point do the returns start to diminish?

Obviously, if you’re disrupting your hormonal axis, the extra ten pounds you’re gaining on your bench and squat aren’t going to mean a whole lot, especially once it comes time to diet off the pudge and see what’s hiding underneath.

If you’re constantly chasing bigger numbers on the bar and scale, without considering the mirror and your health, your gains will be very short-lived. Loose skin isn’t too cool either.

While excess fat can certainly interfere with optimal muscle gains, I’m not a proponent of staying in contest condition year round either. If you’re afraid to lose your six-pack and put on some extra weight, you’ll be treading water for a long time.

A balance between the two is best. Add enough weight to allow for consistent, realistic muscle and strength gains without disrupting your health and endocrine system in the process.

But remember, there’s no one-size-fits-all strategy. Much depends on your natural body type.

Endomorphs: A Guide for the Big Boys 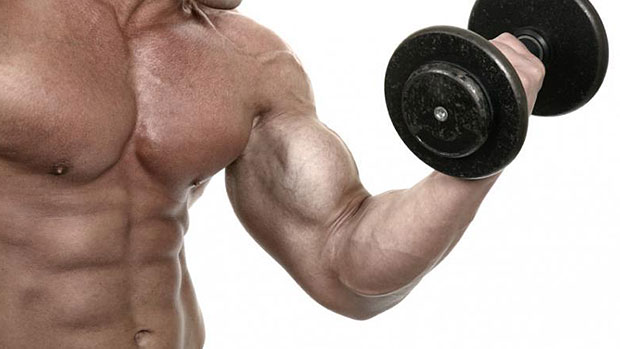 Trying to stay too lean will sabotage your gains. Trying to put on too much weight too quickly will also backfire. Fat will accumulate at an astonishing rate.

Endomorphs need to look for a weight gain of about half to one pound a week to make sure that the majority of the weight they gain is quality. Because of water and glycogen fluctuations, this won’t always cause a linear rate of gain, but try to keep the general trend at a pound or less per week.

Larger individuals (over 250 pounds) can aim for a slightly larger rate of gain, in the neighborhood of one to one-and-a-half pounds per week.

Warning: If your body fat is over 15% you need to get it under control before you think about gaining weight. I recommend endomorphs keep their body fat between 10 and 15% while growing.

A great method is to use a gaining period – averaging about a pound a week – until you reach the upper level of body fat for your body type, then diet down (intelligently!) for a period of time until you get to the lower end of the range. 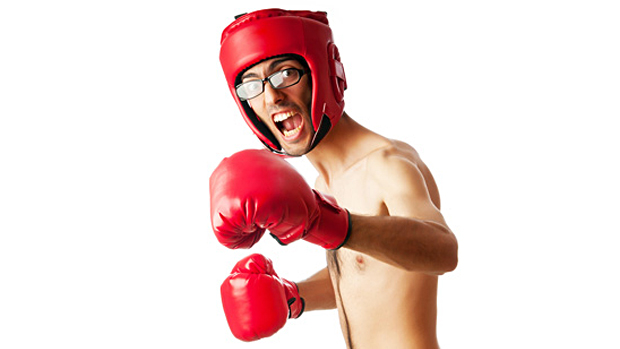 If you’re an ectomorph, take a more aggressive approach. Not only are more calories typically required for growth because of your faster metabolism, you also burn off fat very quickly, so putting on a little fluff every now and then isn’t a major concern.

Ectomorphs should shoot for faster gains than endomorphs – maybe one to two pounds a week or more depending on the situation. Truth is, their fast metabolisms usually make this difficult to do unless they’re really packing in the calories.

Like endomorphs, a weekly gain of half to one pound is usually what they see. It’s rare to see ectomorph lifters reach over 12% body fat, so their goal should be to use a gaining period until they reach about 12% body fat – averaging about a pound gain per week – then slowly dieting down back down to 8-10%.

Mesomorphs: We Hate You. No Guide For You!

Mesomorphs are the guys that can just look at a barbell and grow. And they stay reasonably lean regardless of their diets. If you’re reading this article, you’re probably not one of those guys.

The human body has a lot of internal thermostat-type processes that help it maintain homeostasis. It tries to keep some semblance of “normal” in terms of bodily processes, and it can be quite difficult to change that set point.

Ever notice how after dieting your body tries to fall back to the weight you started at? That’s your set point. It’s what your body is used to, and it wants to get back to that state.

One way to help re-set your set point is to maintain the new weight for a longer period of time in an attempt to get your body to recognize the new weight as its new set point.

Resetting your set point can take months. So rather than getting your weight up to a certain point and then immediately dieting back down, hold that new weight for six months or longer. It will help you hold on to more of that new muscle when you do eventually diet down.

This doesn’t mean get fat and stay fat! It means put on muscle, keep your body fat under control, then hold that new weight for a while before slowly leaning out.

For those who compete regularly in a physique sport like bodybuilding, it’s even more important to stay in shape during the off-season. It takes too much time to lose excess weight just before show time, and you also risk losing muscle in the process.

All too often I see guys go 50-plus pounds over their competition weight, thinking that they’ve made a ton of progress (hey, they look huge in a sweatshirt). Then they come back the next year and compete at the same weight they did before.

The bullshit stops when the sweatshirt comes off. If you’re competing on a regular basis – at least once a year – it’s imperative to control your body fat if you intend to improve by next year and move up the competitive ladder. 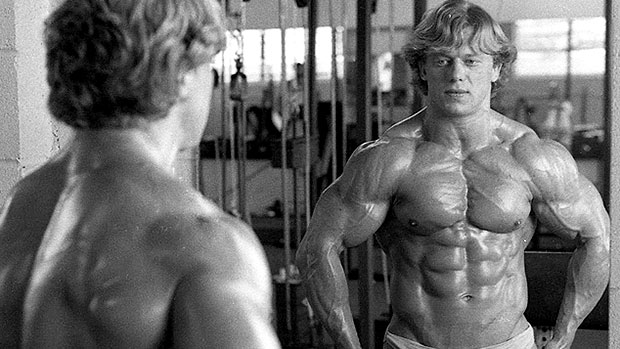 Use mirrors to determine your progress. Sure, body fat is important. But honestly, having it measured regularly can be inconvenient and expensive. So instead of going by specific numbers, I prefer checking the mirror and taking photographs to assess progress.

Your lower back and midsection usually don’t lie. They’ll tell you if you’re putting on too much fat. Once your love handles get to the point where they’re hanging over your waistband, you’ve gone too far.

Some “extra fluff” is okay back there, and a lot of what accumulates over the course of a day is water, but you should never get to the point where you can pinch more than an inch.

As for the midsection, you should always be able to see at least an outline of your abdominals (no great detail, just a general outline) and also have visible serratus.

Keeping yourself somewhat lean helps optimize your hormone levels, but you can gain an extra edge with the addition of a few key supplements:

It’s easier said than done, but reducing stress in your life can help immensely in your quest for muscle. High stress increases cortisol, which limits muscle gain and promotes fat gain. So get plenty of sleep and don’t sweat the small stuff.

There’s no magic number in terms of an optimal body fat percentage for gaining muscle. But using the guidelines outlined here, you can come up with your own best method for achieving optimal hypertrophy while staying sane and healthy in the process.