Polyphasic sleep is a term used to describe the practice of sleeping multiple times per day in short bursts instead of the traditional way (monophasic sleep).

These various bouts of sleep can be as frequent or infrequent as you'd like, but the idea is to get less total sleep while apparently achieving enhanced cognition and productivity.

Polyphasic sleep is the epitome of favoring hype over facts. It's one of those things that has no foundation of evidence and logically makes no sense, yet young, gullible people often jump all over it because they're being promised an unfair advantage.

I mean, who wouldn't want to gain a few more productive hours per day?

Babies certainly use polyphasic sleep because their optimal slumber time harbors on 17 hours (1). As for the animal argument, well, humans are animals, but our physiology and lifestyle are obviously different.

The scientific literature not only discourages polyphasic sleep for adults, but suggests it might be suboptimal. For example, night workers who notoriously suffer from poor sleep quality accumulate sleep debt that can only be fixed by sleeping more continuous hours, not fewer catch-as-catch can hours (2).

In another study, college students who adopted a polyphasic-like sleep schedule were linked with poor academic performance (3).

Furthermore, our bodies simply aren't designed to have disrupted sleep. We all go through cycles of sleep each night, but these cycles are best strung together. If sleep is repeatedly interrupted, it impacts cognition in both the short and long term (4). Having irregular wake times is literally classified as a disorder (5).

If you want to perform your best in everyday life, nothing beats getting the recommended 7-9 hours of continuous, high-quality sleep – not an earth shattering recommendation, but one that has stood the test of time and research (6,7). 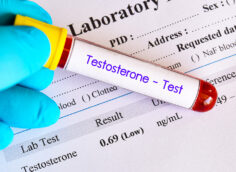 Want to develop grit and resolve? Tap out, learn something, then get right back in there and fight again.
Motivation, Opinion, Powerful Words, Strong Words, Tips
Chris Colucci March 30