The workout's over. Chalk up another one.

I'm a little too shaky to walk to my car so I stop at the coffee shop to sit down and let my nervous system regain its composure. I've left my wrist straps on because, well, it makes the uninitiated think I just broke out of my restraints and I kinda' like that.

I've also got this giant Rorschach-test of a sweat stain on my green shirt that looks like two poodles doing the Heisman Trophy stance. So the sweaty shirt, combined with my wrist straps, is a pretty fair indicator that I've been working out (or, like I said, just broke out of the psychiatric ward).

That's when I notice Luigi sitting in the corner looking at me. The pudgeball has this quizzical look on his face. He puts down the textbook he's reading and after exchanging the usual bullshit pleasantries, he asks me if I'm writing down how much weight I lifted.

Warily I say, "Sure," without offering any more of an explanation.

Then he hits me with the question.

"Why do you care how much weight you lifted?"

I'm dumbfounded. My mouth's open and I must look like a pole-axed sheep. Insects fly in to leisurely nibble on a piece of egg salad lodged between my molars.

Then Luigi comes back at me with another:

"Why don't you just train to stay in shape?"

My senses are reeling. 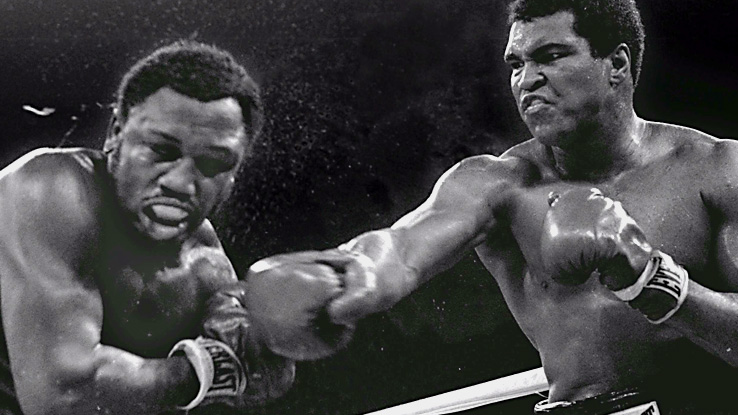 But I recover. Barely. It wasn't my most articulate moment, but I think I said something like, "Well, for the same reason you're presumably reading that book. I want to better myself. I want to improve."

He gives a smug little smile and returns to his book and his soymilk double-frappe-fuckalatte.

But I've been turning Luigi's question around in my head ever since.

Now that I've had some time to think about it, I think this is what I'd say – or what I'd want to say – if asked the same questions again:

"And as you grew up and realized that you probably wouldn't be slaying any dragons, real or metaphorical, didn't you get tired of just watching others do physical things? Didn't you get tired of only being involved in surrogate achievement, you know, living vicariously through the basketball players, the soccer players, the Italian bocce ball players, or whoever it is you admire?

"Maybe you actually were involved in some organized sport, but if you're like most conventional athletes, you only used weight training as a means to an end. You wanted to be a better tight end or a better power forward, but once you stopped competing in your sport, you stopped weight lifting.

"But you gotta' understand, people like me never stop lifting weights. The part of us that wanted to slay the dragon? It didn't die. It won't.

"We seek to constantly get better, to get the perfect body or set a personal record or just be prepared for all the physical challenges – the what ifs the cosmos dumps on us.

"But we know deep down that the perfect body or ultimate personal record can never really be achieved, because our imagination always sets the goal a step or two or three ahead of what we've accomplished. And we also know that the universe is merciless enough to give us a few physical challenges that we won't be, can't be, prepared for.

"There aren't a lot of us in the demographic, Luigi, but goddam we've got a powerful lobby.

"People like me are painfully aware of living in a world drained of spiritual values; who feel alienated; who feel impotent. So we try to be a type of hero. Again, we probably won't slay any dragons, but we train just in case.

"We not only want to look badass, we want to be badass so we can smite evil. And evil has a lot of faces nowadays.

"So we undertake what's much like the classic journey of the hero that Joseph Campbell wrote about: separation from society where we practice denial, endure hardship, experience pain, and ultimately get – or get a part of – what we were seeking.

"The whole training experience is almost like the Vision Quest that was part of the Lakota Indian's life. When the Lakota needed guidance, he'd purify himself in a sweat lodge and forgo food or shelter until he received spiritual guidance – that or a nasty case of heat rash.

"Well, the gym is our sweat lodge and if you don't think a good squat or deadlift workout is purifying, then there are no suitable words to convince you otherwise; you have to experience it yourself. And I tell you, a good workout – no, a great workout, one where you have nothing left and you're sweating and you haven't held back on one rep of one set – is spiritual.

"The Hindu speak of the Kundalini, the Mother Goddess, the divine power that's asleep at the base of the spine. If you arouse it, the phenomena associated with its awakening range from bizarre physical sensations to pain, visions, brilliant light, ecstasy, bliss, and even transcendence of self.

"This may be hard for you to swallow, but when I do a set of heavy overhead barbell presses and feel that peculiar tension in the base of my spine, I think I know what the Hindu are talking about. At the very least, I've had the pain, the visions, and the brilliant light!

"Sure, this all sounds like I'm comparing weight training to religion, but what is it if it isn't a religion? My best thoughts come to me during a workout, and whatever demons I had plaguing me prior to walking into the gym have been exorcised by my exercise. And what's the gym but a temple and what's the clanging of the weights but the peal of the bells?

"I know it's hard for you to understand Luigi, but the people like me practice denial to the point of sometimes being almost monastic. We often avoid people, social events, and rich food, all in the single-minded pursuit of a kind of perfection.

"Yeah, it's sometimes painful, but that's how we achieve heroic status. The more challenging the situation we overcome, the greater our stature. The demon you swallow gives you its power. 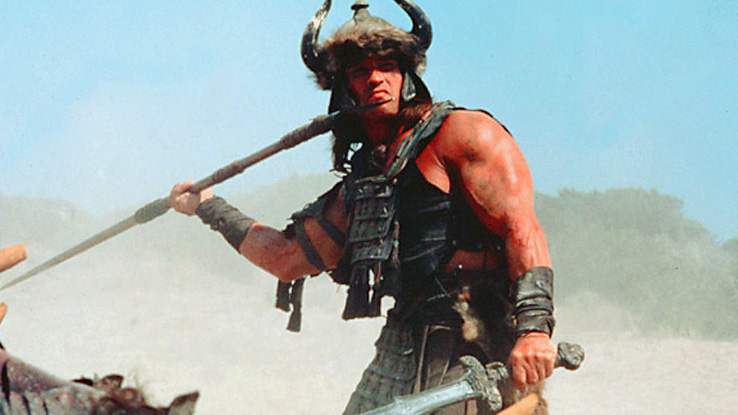 "And beyond the metaphysical component there's the esthetic component. Sure, most of us want to not only be better, but also look better. We're every bit the sculptors of ancient Greece, only our medium is flesh instead of clay or marble. And if we look better, we might just be worthy of the love of Aphrodite and the pursuit of beauty is a fine and worthy thing.

"But hey, it looks like I've come back the metaphysical, because what's beauty other than the reflection of the divinity of the universe?

"I help maintain this website called T Nation, Luigi, but don't bother looking at it because I don't think you'd get it. On the surface, it looks like just another site that talks about weights, but it's a lot more than that.

"It's a blend of cerebral pursuits, lusty hedonism, and the pursuit of physical perfection and performance. It's the voice of a type of man that's a hell of a lot more alive than you, but I don't expect you to understand that.

"Have you ever heard of the myth of Theseus and Ariadne? Theseus was a Greek boy who volunteered to kill the half-man, half-bull creature known as the Minotaur. To do so, he had to descend into a labyrinth from which escape was nearly impossible. However, the maiden Ariadne gave him a ball of thread to fasten to the door so that after descending into the labyrinth and killing the Minotaur, he could make his way back.

"That's T Nation's job, to help people like us find their Ariadne thread, to help guide them through this journey we've all chosen. Oh yeah, it's also T Nation's job to help you defeat that dragon, or Minotaur, as the case may be.

"So Luigi, that's why I write down what I lifted and that's why I want to get better. I want to be my own hero, be the protagonist in the book of my life and not just some third-rate character whose life is notable only for his total lack of conviction or purpose.

That's what I should have said to Luigi, but in retrospect, he isn't really deserving of an answer. Heroes-in-training shouldn't have to answer questions about their convictions. They just do what they have to do.

The measurement of body composition is an inexact science, and outside the laboratory, it becomes an even more inexact science.
Health & Longevity, Living Better
Jason Norcross May 10 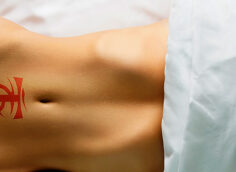 A meta-study on the effects of carbohydrate quality and quantity on types of sleep reveals a tactic that every athlete needs to adopt.
TC Luoma August 1