Some people think T Nation promotes steroids. I've personally written most of those "steroid promoting" articles, but rather than write an essay, I'll just give you my reasons for being interested in them in list form:

And if you don't believe that, consider the economic reason we'd avoid "promoting" steroids: With the exception of protein powder, guys who use steroids generally don't buy as many supplements as "clean" lifters, and of course we want people to buy Biotest® supplements.

What do benching, burpees, running, sit-ups, and stretching your hammies have in common? They're rituals that make people lose their damn minds. Here's why.
Bodybuilding, Metabolic Conditioning, Opinion, Training
Dr John Rusin July 11
Here's another well-referenced investigation by our friendly neighborhood warrior nerd, offering facts and tips on what might just be the reason for your progress stalemate. This is one article in which the author will actually feel better if you fall asleep while reading it!
Health & Longevity, Living Better
Lonnie Lowery, PhD November 9 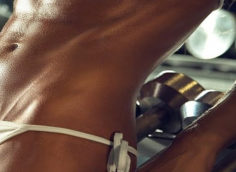