Most of my programs focus on delivering what most of you want: the biggest possible muscles, obtained as fast and efficiently as possible.

Improving strength and oaverall conditioning are important aspects of my programs, but to many of you, they’re side effects. The real purpose is bigger muscles.

The Total Strength Program (TSP) is different. Sure, you’ll get bigger muscles with this program – much bigger. But this time the goal is to make you stronger – much stronger.

And not just stronger in general, although that, like hypertrophy, is inevitable.

I want you to get stronger in the three powerlifts: bench press, squat, and deadlift.

But don’t mistake this as a powerlifting program and nothing more. Sure, it’s a terrific program for powerlifters, but my goal is to help you use the powerlifts to reach your own goals, whether you compete in a sport or work out for the classic reasons:

The key to TSP is one of the most effective strength-building methods I’ve used in more than a decade of working with athletes: the supramaximal hold.

Don’t let the jargon put you off. This is more straightforward than it sounds. A “supramaximal” load is easily defined: It’s a weight that’s greater than you could lift for one full-range-of-motion repetition. For example, if you can bench press 300 pounds from chest to lockout, then a supramaximal load is anything more than 300 pounds.

You know, of course, that shortening the range of motion allows you to work with a heavier load. We’ve all seen guys in the gym who claim PRs despite cutting inches (if not feet) off the distance the bar has to travel. But cheating isn’t the goal here.

The idea is to use isometric holds and shortened ranges of motion deliberately and systematically, with the goal of increasing the amount of weight you can lift through the entire range.

Let’s look at the bench press. If 300 pounds is your max for a full range of motion, you could easily hold 125% of that near lockout – 375 pounds. That’s a lot of weight to hold in your hands. And that’s great because it conditions and strengthens your muscles and joints to lift with much heavier loads.

A second goal of TSP is to develop explosive strength, which is defined as your ability to develop maximum force when available time is limited. It’s one of the most important strength qualities than any power athlete can develop.

Explosive strength has three components: maximal strength, starting strength, and acceleration strength. The supramaximal holds I described enhance the first component, maximal strength. Remember that the holds involve the final few inches of the range of motion, where you can normally handle the heaviest loads.

You’ll develop starting strength by doing the opposite: You’ll work with weights that are lighter than your 1RM and blast them through the first part of the range of motion. With the bench press, that means moving the bar from your chest to a point a few inches above your chest.

To improve on the final component, acceleration strength, you’ll do something invigorating: Lift light loads as fast as you can. To develop this strength quality you’ll do exercises like explosive push-ups, coming up off the floor on every repetition, which, I don’t mind saying, are kinda fun and challenging in their own way.

To synopsize, you’ll be doing three separate variations of a traditional full-range rep:

Enough with the sales pitch. Let’s get to the goods of the program!

In order to develop your strength, you must first understand where you’re weakest. Ideally, you’ll perform a 3-repetition maximum (a load you can lift three times before failure) for each of the following lifts with a narrow, medium, and wide position.

Once you’ve tested all three lifts with three different positions, make a note of which position is weakest for each lift. You’ll use that position for the following programs, where noted.

You know that the bench press is a “chest” exercise. You know because everyone crowds to the bench press stations in your gym on “chest day.” I don’t need to tell you that strong pectoral muscles are not only a consequence of dedicated bench pressing, but also a requirement if you’re going to improve in the lift. However, a chest can’t grow in isolation. You must also have strong triceps, anterior deltoids, rotator cuffs, serratus anterior, and lats.

A good bench press also includes high levels of all aspects of explosive strength that I mentioned earlier: maximal strength, starting strength (including isometric strength from the stretched position), and acceleration strength (a quality that includes the subcategory of reversal strength).

Here’s what you need to do for the next month to boost your bench press. 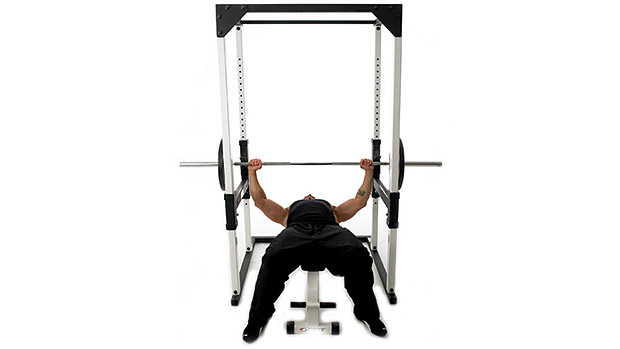 Note: only lower the barbell 2-3 inches for the hold.

* Hand position should coincide with weakest bench press position. Do them so fast that your hands come off the floor on each rep
* * Only lower yourself 1/4 of the way down

* Hold the bottom position for 2 seconds.
* * Lie face down on a 45-degree bench

The deadlift is one of the most beneficial exercises known to man, a great way to build muscle and increase total body strength. By no coincidence, it’s also one of the hardest exercises. The harder an exercise is, the more your body will transform once you focus on it.

The key to the deadlift is what we call the “posterior chain,” which includes the muscles that make up that chain along with the other muscles that surround the chain. Everything in the back of your body, from your spinal erectors to your glutes, hamstrings, and calves must be made progressively stronger. If you want a great deadlift, more than twice your body weight, you need those posterior chain and surrounding muscles to be super strong.

In other words, you want your spine to move as little as possible and that gets a lot harder when the weight gets a lot heavier. You’ll also perform movements at the ankles, knees, and even shoulder blades (which pull together to complete the deadlift).

Here’s what you should do for the next month to boost your deadlift.

* These are the same movements, the only difference being the load you use. The supramaximal deadlift is a super heavy deadlift performed through the final 3-4 inches to lockout. The deadlift lockout is the same movement, but it’s performed fast with a lighter load. 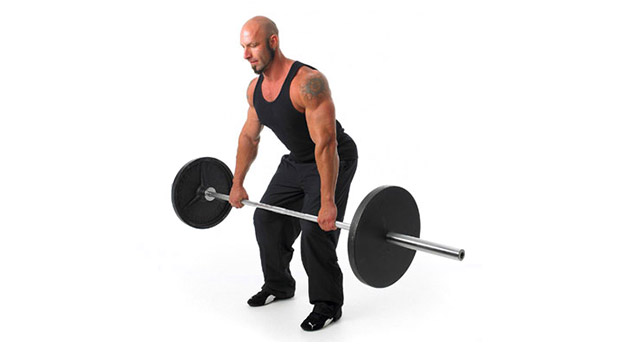 Note: From the top position, only lower barbell to just above the knees. 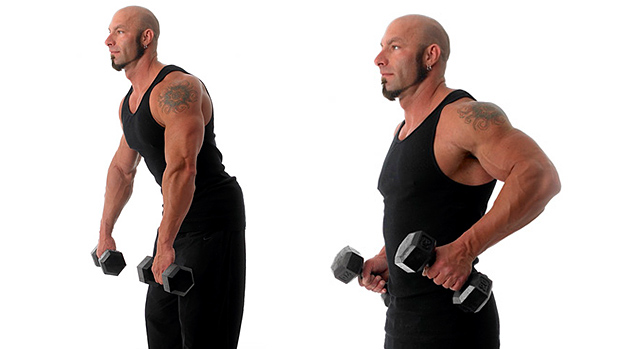 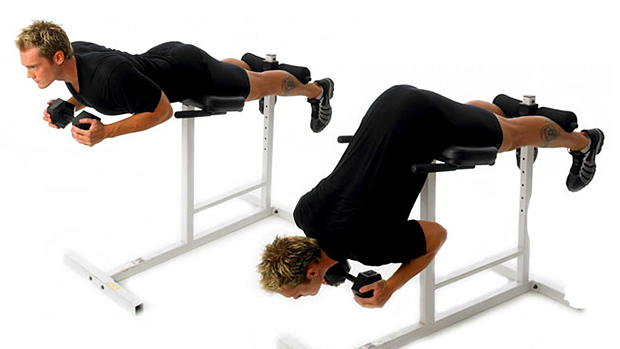 When most lifters think of squats they think of quadriceps. As in, “if you want big quads you have to squat big weights.” That could be true enough, considering that the alternative quad-builders are leg presses and leg extensions, neither of which is worth any serious investment of your time or energy.

But let’s look at the question another way. If you wanted to squat big weights, which muscles do you think would be most important for that goal? The answer isn’t quadriceps; their role is grossly overrated. If you want the kind of strength that requires you to empty a plate stand for your max effort sets, you’ll need super strong hamstrings, glutes, and back muscles. Sure, your quads will get bigger and stronger, too, but they don’t need to be emphasized.

The real action in the squat takes place in the muscles surrounding your hip joints and back. That’s where your strongest muscles converge to handle the most extreme feats of strength and power your body is capable of performing. Your knee joints are important – it’s impossible to squat heavy weights if they’re injured or unstable – but even the healthiest knee joints would come apart if you constantly forced them to take the brunt of the load when you have twice your body’s weight sitting on your shoulders.

Here’s what you should do for the next month to boost your squat.

* Squat down 1/4 of your entire range of motion. 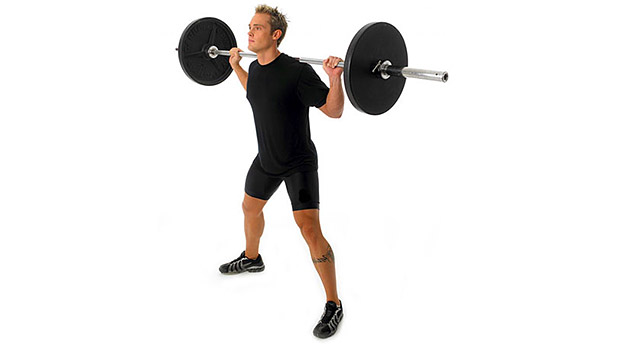 Note: perform the hold in a power rack; push your hips back and slightly bend your knees.

* Have a partner put a plate on your back for added resistance. 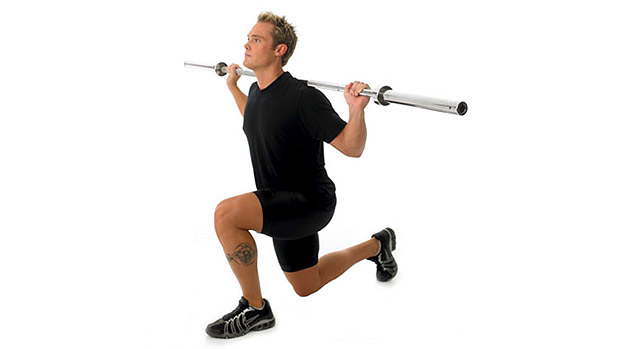 Note: Lunge forward and hold the bottom position with your knee 2-3 inches off the floor for two seconds before returning to the starting position.

The TSP is one of my most advanced and effective programs to date. Follow any of the aforementioned programs for one month and your maximal strength will skyrocket. Feel free to combine the bench press program with either the squat or deadlift programs.

This program is an excerpt from my book Muscle Revolution. The book contains the complete 12-week program with many more advanced methods. In addition, Muscle Revolution contains cutting edge information for building a bigger, stronger, leaner body with tons of nutrition, energy systems and fatigue management.