Music's effect on athletic performance has been studied extensively. The research has mainly focused on its effect on aerobic performance and repeated bouts of effort. However, there's now data relating to maximal strength and power output. Check it out:

Music improves anaerobic output and decreases the drop in performance seen from round to round during repeated tasks (1).

For example, researchers found that basketball players who performed 12 x 20 meter sprints with 20 seconds rest between rounds managed faster times toward the end of the workout when they listened to music (2). Likewise, those listening to music during Wingate tests showed improved performance (3,4).

People listening to music are able to exercise for longer (5) and maintain a set output/effort level for a longer period of time during aerobic activity (6, 7).

Music improves performance in strength endurance tests such as AMRAP tests at set percentages of 1RM (3, 8, 9,10).

Maximal grip strength – the most commonly used max strength test due to simplicity and repeatability – is higher when participants listened to music (10).

Music has a direct effect on resting heart rate and excitation level (11). It's also able to speed up post-workout recovery as it relates to blood pressure and heart rate (12).

The research isn't completely clear-cut. Here are some things to consider before you go thinking that your Spotify playlist is a stronger performance enhancer than trenbolone.

Most of the benefit may come down to psychology rather than physiology. For example, music makes cardio less boring. No one thinks 45 minutes of silent elliptical work is fun.

The majority of studies do indicate a benefit from music in strength endurance tests, but some actually find no benefit (13). Also, the majority of these studies use the bench press as the test exercise. On the plus side, most studies use participants that have a decent amount of resistance training history.

Although the data from grip strength studies shows a benefit with the use of music, most studies using more relevant means of testing max strength (usually a 1RM bench press) indicate no benefit (8, 9).

But there's a big flaw here. I've yet to see a study that uses advanced lifters as test subjects in these conditions. Beginner and intermediate lifters are primarily limited by technique and skill, something that increased arousal can't improve and could even impede.

As a beginner or intermediate, you don't have your technique nailed down to a subconscious level. You need to be very present and focused on HOW you're lifting during heavy attempts. Being over-stimulated in this scenario would cause you to overreact and struggle to focus on a single task. Not a recipe for success.

The grip strength studies show that music is capable of improving force output via the nervous system. This is, of course, the same nervous system we use when maxing out on more complex lifts. So it's certainly reasonable to assume that in lifters with stable and efficient technique, this effect could result in improved performance. 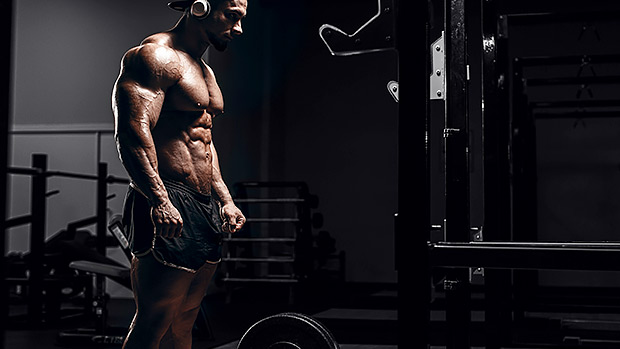 Does the Type of Music Matter?

Yes! The greatest performance improvements are seen when participants are subjected to Viking or Pirate metal, ideally at very high decibel levels. Whereas Justin Bieber's latest album was shown to not only reduce performance but also elevate estrogen and prolactin levels for weeks after exposure.

But the choice of music really is important. Listening to preferred music provides a greater benefit compared to music that isn't chosen by the participant (1, 3, 10). For example, when testing strength endurance with a bench press AMRAP test, researchers found a greater performance improvement in participants who were allowed to listen to their own music (3).

Now, there was still a performance improvement seen in the group that listened to music they didn't choose. Using music that invokes an emotional response, or at least that the participant enjoys, seems to be important in the magnitude of the benefit.

This could explain why some studies find no performance improvement with the addition of music. It could simply be that the music selected didn't invoke the desired emotional response. If the same study was repeated with music the participants could choose, then perhaps the results would be different.

However, if your musical taste is on the slow/soft side then you may not see the same benefit in performance. Slow tempo music decreased the heart rate in participants, which is not what you want during a tough 20-rep set of squats (11). In fact, sedative music was found to DECREASE maximal grip strength even compared to silence (14).

Using music (you like) is definitely a tool in the toolbox, but like anything that stimulates the nervous system, it'll come with a cost.

Think of stimulating music as you do pre-workouts: helpful in some circumstances but not something that should be used all the time. If you find yourself sitting in your car in front of the gym needing to blast Slipknot for half an hour to get yourself motivated to train calves, you have a problem.

Your own temperament is also an important factor. There's such a thing as being TOO stimulated, and it can impede performance. The easiest way to understand this is using the graph below: 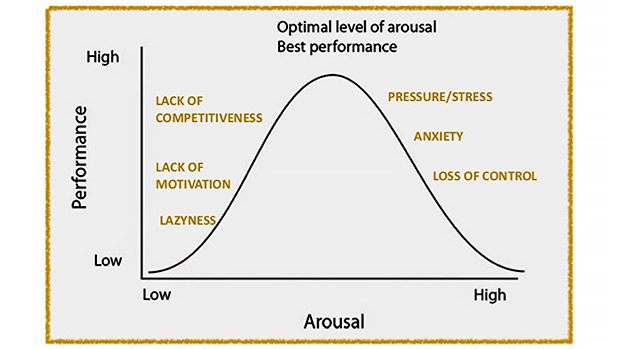 If you're a naturally nervous or anxious person, then even in your resting state you're likely already sitting towards the peak or on the right-hand side of this graph.

In that case, stimulating yourself further (music or stimulants) could take you further AWAY from an optimal arousal level and leave you worse off performance-wise.

Imagine a powerlifter at a competition getting psyched up and angry (ammonia, banging his head on the bar, etc.) to the point where he forgets his cues and rushes the lift or misses a command. That's a problem.

This overstimulation will come with a large cortisol spike, which a person (especially one who's naturally anxious) will struggle to recover from.

On the other hand, if you're a laid-back person, who's resting state is quite chilled out, you may need a good amount of stimulation to reach optimal performance. This is because you'll naturally sit on the left-hand side of this curve and need to elevate your stimulation to reach the peak.

In this case, music is something you could use fairly regularly to help you perform optimally. But even then it shouldn't be a crutch.

Competition or Testing at the End of a Strength Cycle

These are the times to play all your ace cards, so use music that invokes a strong emotional response and gets you really revved up. Even if it's Bieber.

So by all means, blast out the death metal and go for it. You should have some sort of deload after a competition or a test of your 1 RM anyway, so who cares if you rack up a bit of extra cortisol. Just remember there's such a thing as TOO revved up.

It's quite common for strength programs to have a single top set. For instance, you'd work up to a set of 3 at RPE 9-9.5 and then follow that by back-off sets based on that top set.

This is a scenario where I really don't like to have people use extra stimulation. The back-down work should be performed in the exact same conditions as the top set.

By all means, listen to music you enjoy to help you focus. But this isn't the time to break out the song that turns you into a maniac.

This is where music has been most-conclusively proven to aid workout performance. For longer duration cardio, you don't want to use anything too stimulating because you'll end up jacking your adrenaline for too long. But for intervals or similar resistance-based conditioning (loaded carries, complexes, etc.) crank up your favorite music.

Researchers studied the effect of different music tempos on post-workout recovery, measured by monitoring when blood pressure, heart rate, and the feeling of tiredness returned back to pre-workout states (12).

So, whether you like it or not, slow music could help you recover from your workout by bringing your heart, blood pressure, and possibly nervous system activation back to baseline more quickly. Likewise, slow music during restorative/active recovery sessions will help keep these measures lower.

After all, it's not much of a recovery session if it spikes your cortisol.

Choose That Next Song Wisely

Music can definitely have some pronounced benefits on your ability to perform. But how and when it should be used isn't simple and will vary depending on your temperament. Used correctly, it could improve your workouts as well as speed up recovery.

Just remember, you should never be over-reliant on any external aid. If you find yourself needing one just to get through a normal workout, then your training and/or recovery may need addressing.

Related:
This Type of workout Music is Best

Instead of using one dimensional thinking and throwing rocks by doing cyclical modes of cardio, why not try to cover as many needs as possible in a short period of time with a circuit of exercises?
Training
Mike Robertson March 31 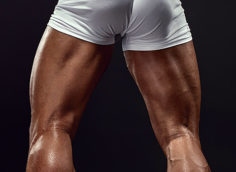 Get this into your workouts. It'll build your hamstrings, glutes, calves, and more. Bonus: You can do it anywhere.
Training
Bradford Cooke February 11 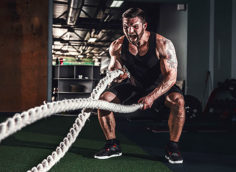 They're a good tool, but most people make the same mistake when using them. Here's how to properly battle those ropes.
Fat Loss Training, Metabolic Conditioning, Metcon, Tips, Training
Thoren Bradley September 2