There's an ongoing debate about whether or not lifting weights will decrease your speed. Decades ago, the prevailing theory was that weight training makes you bulky, stiff, and slow.

One look at today's top athletes tells an entirely different story. Almost all of them do some form of resistance training, no matter their sport. Those who weight train properly become faster, stronger, more mobile, and less prone to injury than those who don't.

Still, it's not uncommon to hear about an athlete who got slower after seriously hitting the weights. For example, the football player who loses time off his 40-yard dash going from high school into college because he's been put through the wrong type of training program for his sport.

The fact that this happens means that weight training CAN slow you down when misused for your goals. Like anything in strength and conditioning, the answer to the question, "Will weight training make me slower?" is... it depends.

Here's what you should know about weight training, speed, and power.

Strength is Important for Speed

The ability to rapidly produce force is one of the most vital components of becoming a faster, more powerful athlete. Training with full-body compound lifts is one of the best ways to gain the ability to produce more force. Compound lifts teach the body to recruit a large number of motor neurons, which then send a signal to your muscles to contract.

If you can get your body to recruit more motor neurons, you can stimulate more muscle fibers. This leads to more musculature becoming involved with your movements and an efficient transfer of force. Better transfer of force equals an increase in speed and power.

While strength is a very important factor in getting faster, different types of strength are needed depending on the task you want to accomplish.

This is your ability to produce maximal force in the least amount of time possible. This type of strength is displayed when there's a pre-stretch of the working musculature to release elastic energy.

Common exercises to develop this form of strength include plyometric drills such as pogo jumps (shown below), depth jumps, bounding, and medicine ball throws.

This is your ability to quickly execute an unloaded movement or a movement against a small resistance. One exercise to develop this would be sprinting while towing a lightweight sled. This type of strength is assessed by the speed of the movement you're performing.

This refers to moving heavy loads as fast as you can. The movement for strength-speed is slower than that of speed-strength. As the name implies, strength is the more important factor. Think Olympic lifts.

This is maximum voluntary force, which can be produced without a time limit, regardless of body weight. These movements are generally slower in nature. Example: Performing a 1RM on the bench, squat, and deadlift. 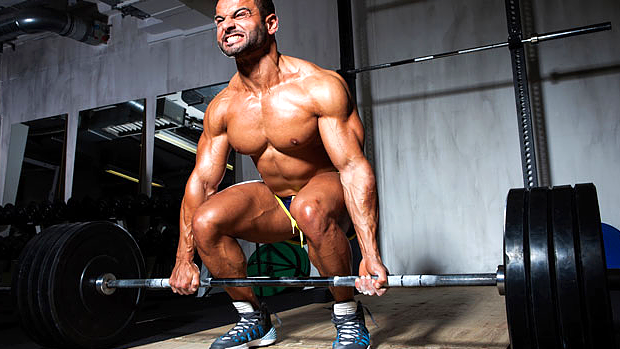 How Weight Training CAN Make You Slow

Weight training increases speed in almost everyone during the newbie stages due to increased neuromuscular efficiency. However, this can come to a grinding halt if you're training solely on the heavier and slower side of the strength curve, or you're spending the majority of your training doing hypertrophy/bodybuilding work.

Neglecting lifting lighter weights at high speeds – which fall on the faster side of the strength curve – is a surefire way to build a big strong body that moves slowly.

How to Use Weight Training to Make You Faster

Remember the SAID principle? It stands for specific adaptations to imposed demands. How you train determines how your body will function.

If you want to be fast and explosive, in addition to being big and strong, you need to train through the spectrum of the strength curve. This is why training systems such as Westside use dynamic effort days (50-60% 1RM with accommodating resistance) along with max effort days.

Lifting heavy weights is important, but you need to also lift lighter weights as quickly and forcefully as possible to develop power. A program aimed to enhance your speed and power, in addition to strength, should include exercises that require high rates of force development.

What's a simple way to incorporate exercises on the faster side of the strength curve? Start your workouts off with a few rate of force development (RFD) exercises: medicine ball throws, pogo jumps, depth jumps, or any of the less complex variations of the Olympic lifts like clean pulls, clean high pulls, or power cleans.

Doing these movements before your strength work will not only help you become more explosive but it'll also rev up your nervous system and make your strength training feel better.

Related:
4 Exercises You Aren't Doing (But Should) 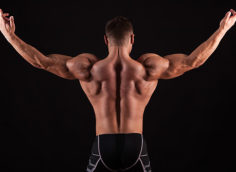 Build your shoulders and legs at home with just a single dumbbell. Here's how.
Training
Gareth Sapstead March 22