Squatting technique is a tricky topic because there are many different styles that can work. For example, I advocate a wide stance, but that doesn't mean it's the ideal style for every lifter. So your first order of business is to figure out the best stance for your anthropometry, injury history, and goals.

Here are some criteria:

If you're using supportive gear, obviously a wider stance is best as the gear supports the hips. The reason I like the wide squat so much is efficiency. It shortens the distance the bar has to travel to reach depth, important for powerlifting.

Next, you have to do the right shit. A good squat should look like this: 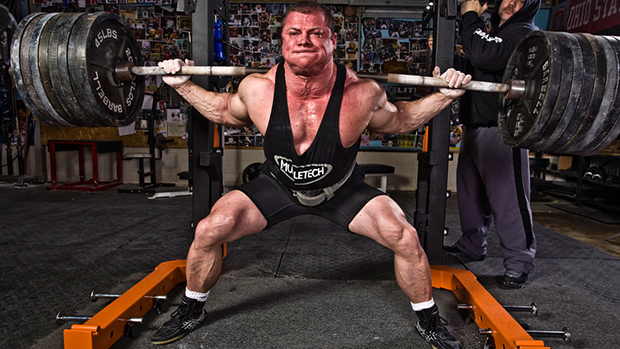 Above all, be mindful of the path of the barbell. When viewed from the side, the barbell should drop straight down and come straight back up, like you'd dropped a plumb line. This can occur with any stance and depends 100% on how the lifter is built. So if you're unsure whether your stance is right for you, start there.

However, it's very hard to go from a close stance to a wide stance. It can take upwards of two years to relearn the movement and develop the flexibility, especially if the lifter is very tight. Many lifters will crap out and just return to their original stance, and I don't blame them. But if the plumb line test reveals they should be squatting wider, they'll never reach their potential if they don't change their ways.

Keep a close eye on your knees. Some forward movement is okay (with a medium stance you can't avoid it), but it should never exceed mid-foot and your knees should never drift in, unless you want to blow an ACL or quad tendon.

Also, remember that when your knee moves forward it lengthens the distance to hit parallel. The most extreme example of this is a sissy squat – at the bottom position your knees are almost on the floor. You're low as hell but not even close to parallel. So what you give up with forward knee movement you have to make up with strength, or your technique trade-off is hurting your squat more than helping it.

Don't get me wrong, I like the close stance, Olympic-style squat. I think it's a great looking squat, and I know a lot of very strong men who squat that way. Here's the thing – the guys that it works for, it works because it's the right squat for them! That said, the majority of powerlifters would be far stronger if they went wider. 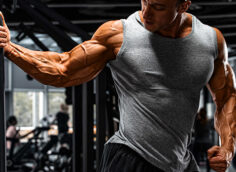 Go beyond the standard curl to get your biceps big AND functionally strong. Here's how.
Eirik Sandvik August 4 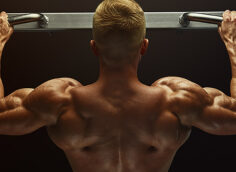 Do you do them all? Master all these moves to become an all-around more awesome human.
Tanner Shuck June 13