I've always been puzzled and annoyed at those silly bastards who practice the horrible exercise hybrid I call "Crosshitty."

What these "Crosshitters" do is sort of like CrossFit, but it doesn't employ Olympic lifts or squats or deadlifts or any attempt at fulfilling the ten recognized "fitness domains." And it's sort of like HIIT, but there aren't any active recovery periods. It's just frenetic, non-stop, sweaty activity, accompanied by a puzzling smugness. Hence the name, "Crosshitty."

They're not training for any sport, and if training itself is their sport, they don't really have any barometers with which to measure their progress or their prowess, unless gradually increasing the speed with which they flagellate the floor with their sad, ridiculous battling ropes is their version of a sporting event.

They don't even seem to adhere to any set nutritional guidelines or plans. Food is not so much the gateway to health or the building blocks of muscle, but just gasoline to keep their high-revving engines going.

Their numbers are legion and who knows what motivations drive them to their sweat excesses, but it seems there may actually be a measureable benefit to what they do, only they don't know it.

A huge new study from the Cleveland Clinic says that there's "no upper limit" on the life-extending benefits of fitness – the more fit you are, the better prepared you are to give death the finger. If that's the case, the Crosshitters will outlast Styrofoam.

The Cleveland Clinic researchers analyzed data from 122,007 patients who were admitted to a tertiary care medical center between 1991 and 2014. The patients were divided into five groups based on their performance on a treadmill.

Subjects were placed in the bottom quartile of fitness, a below-average level of fitness, above average, highly fit, or in the top 2% of fitness and endurance. The researchers then tracked all of them for 8 years, noting which ones died and from what causes.

Having a low level of fitness increased the risk of dying by five-fold. That means that fitness played a greater role in longevity than smoking (which increased chances of death by a factor of 1.4), diabetes (also 1.4), and cardiovascular disease (a factor of 1.29).

At the top of the longevity heap were the top 2 percenters who were about 80% less likely to die than those with the least endurance, prompting head researcher, Dr. Wael Jaber, to write that there was "no observed upper limit of benefit" in regard to mortality. 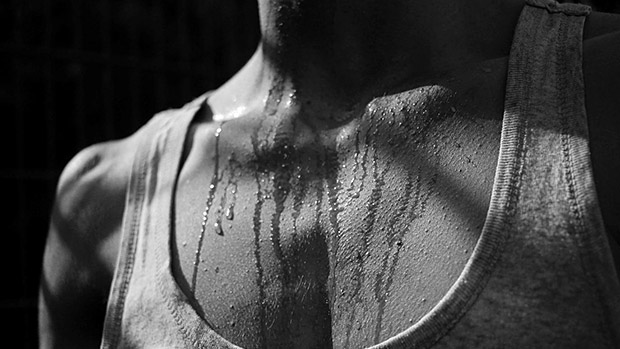 Clearly, the results of this study were based only on a very narrow definition of "fitness," i.e., how well someone's ticker performed while making like a two-legged hamster on a wheel with some wires up their kazoo.

The study didn't factor in nutritional status, hormonal status, immune system functionality, genetics, economic status, or anything else that can contribute to overall health and longevity. Of course, cardiovascular health, presumably, would suffer if the patients ate poorly, had hormones that were off-kilter, or owned an immune system that barely sputtered along.

Still, the results are compelling, which brings me back to the Crosshitty people, who, it turns out, might actually be drawing some benefit from their frenetic activities. Whether they can keep up their crazed activity long enough to be able to extract any life extending benefits from it, though, seems unlikely.

No, my longevity money is riding on the generic, sane, non-Crosshitty gym rat, the man or woman who practices resistance training using either a conjugated or linear system and who throws in well-spaced and well-metered bouts of sprint sessions, high-rep kettlebell work, treadmill walking or running, and maybe even some occasional work with the stupid battling ropes and who views food through a broad functional lens and does everything they can feasibly do to upgrade and maintain the marvelous machinery of the human body.

A pin press is a bench press that starts from the bottom. Pins can be set at any point in the ROM to strengthen sticking points.
Bench Press, Exercise Coaching, Powerlifting & Strength, Tips
Eric Bach October 29

To get bigger and stronger, you need to manage your body like you'd manage a business. Here are 7 ways you can make your workouts much, much, better.
Bodybuilding, Training
Charles Staley October 9

Build your shoulders and full-body strength with one exercise. Here's how.
Powerlifting & Strength, Shoulders, Tips, Training
Drew Murphy May 9

This exercise is half muscle-builder and half metcon. Here's how to do it.
Metcon, Tips, Training
Dr John Rusin February 27