If your family was captured and you were told you needed to put 100 pounds onto your max squat within two months or your family would be executed, would you squat once per week? Something tells me that you'd start squatting every day. Other countries have this mindset. America does not. – John Broz

Krastev revealed the legendary Bulgarian system to Broz, who ultimately ended up opening up a small Olympic training facility in Las Vegas, Nevada.

Broz has produced some absolute freaks in a very short amount of time, such as 20-year-old Pat Mendez, Broz's greatest pupil.

After reading up on Broz's methods for several hours and taking extensive notes, I arranged to visit his Las Vegas facility. In this article, I'll attempt to sum up his beliefs succinctly. 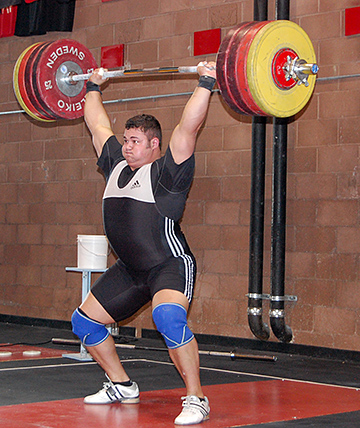 John believes that everyone can and should train every day. He starts lifters off right away with daily heavy squatting and broomstick or empty barbell Olympic technique work.

Over the course of a year, lifters gradually work their way up to 13 training sessions per week – twice a day Monday through Saturday, and once on Sunday. Morning sessions last between 45 and 120 minutes; evening sessions between three and four hours for a total of approximately five hours of lifting per day.

The Broz Olympic Method involves only six exercises: the snatch, clean & jerk, power snatch, power clean, back squat, and front squat. Each of the 13 sessions includes heavy squatting, either back squats or front squats. Usually three lifts are performed each session, and between 30-50 total reps (including warm ups) are performed for each lift.

Every session involves a specific warm-up for several minutes either squatting with an unloaded barbell or a barbell loaded up to 50 kg depending on the lifter, followed by working up to a 1-rep maximum on every lift for the session.

As far as effort is concerned, this 1RM is no different from a competition 1RM, but it may fall short, depending on the day. Each lift involves a true pyramid scheme. Lifters start off with doubles, ramp up to singles as the weight gets heavier, and then ramp back down to doubles and sometimes triples (only for squats, not the classic lifts) with lighter weight following the max attempts.

In Broz's gym, you won't find any foam rolling or other SMR techniques being employed. You won't find lifters engaging in specific stretches or mobility drills, nor will you see any core stability work, activation exercises, or other corrective work, unless an injury requires.

Finally, no other Olympic type movements such as hang snatches, hang cleans, pulls from pins, high pulls, or jump shrugs are performed, nor any types of jump squats, plyometrics, or sled work.

Every so often supplemental exercises are performed, for example biceps curls to help heal an elbow. But accessory Oly lifts such as hang snatches are never performed.

How You Feel is a Lie

That phrase is the Broz mantra. You simply can't listen to your body because it's lying to you. Broz can cite countless examples of athletes setting PR's on days they didn't even want to train, as well as days where the athlete felt like a million bucks but didn't fare so well in the gym.

Fact is, when I visited Broz he explained that the previous week his wrist was so sore that he could barely warm up with the bar during split jerks, but he pushed through it, eventually felt warmed up, and ended up jerking 405 lbs. The following day his wrist pain had vanished.

He describes this phenomenon as "floating pain" – your body has to hurt somewhere. It will simply migrate from one place to the next while you sleep, and when you awaken you'll discover where it landed.

There's no Such Thing as Overtraining

Broz believes that there's no such thing as being overtrained, just undertrained.

If you got a job as a garbage man and had to pick up heavy cans all day long, the first day would probably be very difficult, possibly almost impossible for some to complete. So what do you do, take three days off and possibly lose your job?

No, you'd take your sore, beaten self to work the next day. You'd mope around and be fatigued, much less energetic than the previous day, but you'd make yourself get through it. Then you'd get home, soak in the tub, take aspirin, etc. The next day would be even worse.

But eventually you'd be running down the street tossing cans around and joking with your coworkers. How did this happen? You forced your body to adapt to the job at hand! If you can't' squat and lift heavy every day you're not overtrained, you're undertrained! Could a random person off the street come to the gym with you and do your exact workout? Probably not, because they're undertrained. Same goes with most lifters when compared to elite athletes.

John has expanded his methods to accommodate lifters who wished to train for powerlifting competitions. The same method of 13 sessions is employed, and each session involves squatting and speed pulls with loads less than or equal to 80% of the lifter's 1RM deadlift.

His lifters bench press three times per week and max out on the deadlift around once every 6-8 weeks. Some rowing and rear delt work is indicated to balance out the structural demands incurred on the upper body from heavy bench pressing.

The following is a myriad of Broz's beliefs:

My Favorite Aspects of the Broz System

Each Lift has its Own Rules

Different exercises place different stresses on the body, so why would volume be equal for every exercise? For the most part, snatching is easier on the body than cleaning & jerking, which is why Broz programs more volume with the snatch. Max daily squatting is no problem, but max daily deadlifting is too strenuous. For this reason the Oly lifts and speed pulls are used daily.

Although there may be extended times where strength stagnates or even decreases, the general goal is to slowly increase your daily maxes every few months. For example, if your daily max squat number is 350 lbs. and you raise it to 400 lbs. over the course of a year, you're obviously much stronger. There's not much guesswork involved – you're either stronger or you're not!

Always Training in a Fatigued State

You're always giving it your all, but when you're tired the weight on the bar will be smaller. The effort and desire mimic the competition, but since you're fresh at a meet the weight on the bar will be larger. The fight with maximum weight is the same regardless of the load. This is the key to the system: learning to fight a max. When you rest before a meet you're not getting stronger, it's just that now you're finally able to pull together all of your power to use on the same day.

In training, PR's come on anytime. The resting/peaking allows you to assume that you can hit the PR's on any given day and lets you stack the cards in your favor for the greatest chance of success. 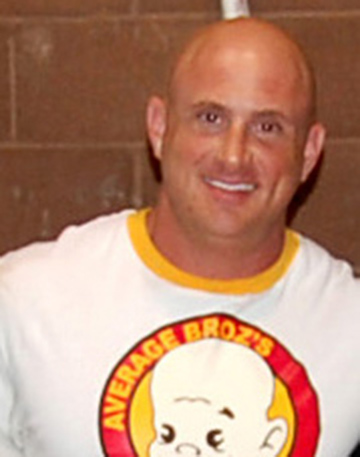 One could argue Broz's training methods aren't the safest ways to train, but you can't deny the strength and power producing effects that they elicit. Broz has some impressive lifters training under his tutelage and their results speak for themselves.

If your goal is to be the strongest you can possibly be at Olympic weightlifting, you should definitely consider the Broz Method. If powerlifting is more your thing, Broz's powerlifting system warrants serious consideration as well. There are plenty of lifters who simply respond better to high frequency training.

The human body is an adaptive organism. Push the envelope. You're stronger than you think you are. 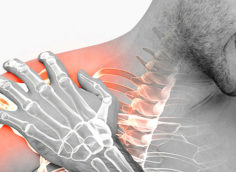 Heavy carries muscle you up, improve your core strength, and beat the crap out of cardio!
Powerlifting & Strength, Training
Matthieu Hertilus July 14
What you're seeing is a genuine alpha female, the quintessential Testosterone Vixen. Now you may be thinking that this species of female is not only rare, but perhaps even extinct. You'd be wrong. We found one. We not only found a real life T-Vixen, we may have found their leader.
Training
Chris Shugart August 18