A lot of people have trouble "getting" me, at least when it comes to training. This might be because of my diverse training background. While most coaches tend to come from a single background (powerlifting, athletics, bodybuilding, etc.), I've actually trained and competed in most of them.

When I was a football player, I was trained by a great athletic strength coach named Jean Boutet. Not many people know of him because he never cared to market himself, but the guy worked with several Olympians and pro athletes.

His knowledge base is only surpassed by guys like Charles Poliquin. From the age of 14, I was able to train under his supervision. To say I learned a lot is an understatement.

While competing in Olympic lifting, I trained under Pierre Roy, the former national team coach, whom coach Poliquin called "the smartest man in strength training." I was also able to train alongside several Olympians, former Olympians, and other world-class lifters. So again, I had a wealth of knowledge to devour. 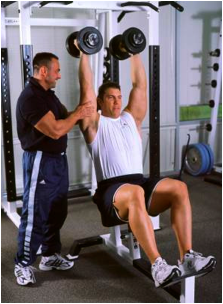 Along my way, I gained a tremendous amount of knowledge from Charles Poliquin, so much so that he became my mentor. I can relate to him because his background is also remarkably diverse. The fact that he's worked with hundreds of Olympians, pro athletes, and bodybuilders makes him a unique source of overall training knowledge. I soak up as much info from him as possible.

In addition to my tutelage, I've dabbled in bodybuilding, having lived the lifestyle and competed in a few shows. I've also partaken in a couple strongman competitions for some fun on the side.

The end result is that I often come out like someone who's a generalist more than a specialist. I'm not just a bodybuilding coach, or just an Olympic lifting coach. I'm a symbiosis of all possible training methods.

Understandably, those who want to design their own "Thibaudeau routine" can have trouble doing so because it's hard to pinpoint my exact training style.

While I do use a wide array of methods, I have several basic principles that regulate my way of programming. And here they are!

1 The Point of Fatigue Induction is Exercise Dependant

One of the most hotly debated aspects of training is whether or not to train to failure. Failure is simply the incapacity to maintain the required amount of force output (Edwards 1981, Davis 1996).

In other words, at some point during your set, completing more repetitions will become more and more arduous until you're unable to produce the required amount of force to complete a repetition.

Even Testosterone has proponents of both approaches! On one side, you have guys like Chad Waterbury and Charles Staley who are against training to failure.

Heck, sometimes they even recommend stopping a set when the reps start to slow down, which is way before muscle failure! Their main point is that training to failure puts a tremendous stress on the central nervous system (CNS).

The nervous system takes as much as five to six times longer than the muscles to recover from an intense session. So by constantly going to muscle failure, you can overload the CNS so much that it becomes impossible to train with a high frequency. And they're right!

In fact, it's possible to drain the nervous system so much that it takes so long to recover that the muscles actually start to detrain while the CNS is still recovering. So you end up in a catch-22.

On one hand, you need to train otherwise your muscles will start to lose the gains that were stimulated by the previous session. But on the other, if you train before your CNS has recovered, you'll have a subpar session which won't lead to much progress and might even cause you to regress over time.

Stepping up for the other side, you have more great coaches, like Charles Poliquin, who recommend pursuing a set until your spleen explodes! Their point is that to maximally stimulate muscle growth you need to create as much fatigue and damage to a muscle as possible.

This is in accordance with the work of famed sport-scientist Vladimir Zatsiorsky who wrote that a muscle fiber that isn't fatigued during a set isn't being trained and thus won't be stimulated to grow.

Taking a set to the point of muscle failure ensures that this set was as productive as it can be. Remember, simply recruiting a motor unit doesn't mean that it's been stimulated. To be stimulated, a muscle fiber must be recruited and fatigued (Zatsiorsky 1996).

What about CNS fatigue? While it isn't the only cause of muscle failure, CNS overload isn't to be overlooked when talking about training to failure. The nervous system is the boss! It's the CNS that recruits the motor units, sets their firing rates, and ensures proper muscular coordination.

So, if we look at the argument from this vantage point, we also have a catch-22. Stopping a set short of failure, while not worthless, might not provide maximal stimulation of the muscle fibers.

You might recruit them, but those that aren't being fatigued won't be maximally stimulated. However, if you go to failure, you'll ensure maximal stimulation from the set, but may cause CNS overload, which could hamper your long-term progress.

So which one is it, really? If I want to grow as fast as possible should I go to failure or not?

You should do both! In fact, going to failure or not should be an exercise-dependant variable. The more demanding an exercise is on the CNS, the farther away from failure you should stop the set. However, in exercises where the CNS is less involved, you should go to failure and possibly beyond.

The following table shows when you should stop a set of an exercise:

2 Use the Best Exercises for Your Needs

I'm letting the cat out of the bag: While big compound movements are the most effective overall mass-building exercises, isolation exercises aren't worthless. In some individuals, isolation work will be more effective at stimulating growth in specific muscles than the big basics. This is due to both mechanical and neural factors.

Some people aren't built for some compound lifts. For example, long-legged individuals aren't built for squatting. They won't be able to maximally stimulate lower body growth by only doing squats, front squats, and leg presses.

They'll need a more thorough approach, including the use of isolation work like leg extensions and leg curls, as well as a lot of single limb work like lunges and Bulgarian split-squats. On the short side, those with stubby legs are built for squatting and can get complete lower body development simply by squatting.

The same applies for other basic movements as well. The bottom line is that the less adapted your biomechanics are to a movement, the more secondary and isolation work you'll need to make the muscles involved grow.

Due to muscle dominance, some people won't be able to optimally recruit a target muscle group during the execution of a compound movement. When you're doing an exercise, your body doesn't know that you're trying to make a certain muscle bigger. It only knows that a big ass weight is trying to crush you, and if you don't lift it, you'll cease to live! So to ensure you're around for the next issue of Playboy, your nervous system will shift the workload to the muscles better suited to do the job.

If you're doing a bench press and you have overpowering deltoids and/or triceps, chances are your pectorals will receive little stimulation. Those individuals can get their bench press numbers sky high without actually building much of a chest.

To get the pecs they want, they'll need to use more isolation work. However, those individuals with dominating pecs won't need much, if any, isolation work for that muscle group.

As you can see, it's not a matter of compound being better than isolation (or vice versa). It's about finding the proper ratio of compound and isolation work that your body structure needs to grow.

Everybody can gain a significant amount of overall muscle on their body by only working hard on compound movements. However, 90% of the population, if not more, will need to make proper use of isolation exercises to build a complete physique.

If you're pressed for time, only doing the basic compound movements will get you 80% of the way toward a great physique. But if your goal is to be an aesthetic Adonis, you'll need isolation work to go that extra 20%.

Part 2 of Thib's opus magnum will explore the hormonal responses to training and how to manipulate speed of contraction to its best effect.

In Part 2, we'll discuss muscles of the torso and lower extremity, along with my tips to help you write better, more balanced training programs.
Training
Mike Robertson February 8

Q & A with one of the world's premier strength coaches.
Bodybuilding, Powerlifting & Strength, Question of Strength, Training
Charles Poliquin October 23

All you need is a bar, a band, and the ability to withstand pain. Here's how to do it.
Tips, Training
Brian McFadden November 24 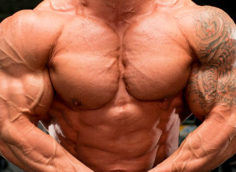