Bodybuilding's history is filled with colorful characters and larger than life personalities. Steve Reeves and his impeccable lines, Sergio Oliva and his mythic mass, and Arnold, the greatest physique icon of all time – they're like superheroes come to life.

One such figure that's remained in relative obscurity is Chuck Sipes (1932-1993). At 5 foot 9 and 220 pounds, Sipes was known for routines that would make even the most dedicated lifter stop mid-rep and fake an injury. However, the results people made following his advice were often just as shocking.

For example, the routine Sipes used for the 1968 Mr. World contest involved training every body part 3 days a week, bench pressing and squatting near maximal every other day, and using many advanced high intensity techniques – for a year straight!

And the result? He not only won the overall contest, but also won the most muscular along with best arms, chest, and abs.

But what would a hero be if he didn't also help others? Sipes was widely regarded as one of the nicest guys in the business, constantly performing strength shows and making appearances at various high schools and colleges worldwide.

He even worked for the California Youth Authority for 20 years helping troubled kids, sometimes taking them on 26-day expeditions into the wilderness for rehabilitation.

Sipes was also a huge advocate of natural training. Having been around bodybuilding before and after the drugs hit the scene, Sipes believed they were destroying the sport, and it was the specter anabolic steroids that eventually made Sipes leave competitive bodybuilding.

To that end, Sipes went to great lengths to document his training methods on audiotapes and in magazines, hoping that his lessons would serve as a legacy to help advance natural bodybuilding.

So what can we learn from Chuck Sipes?

Old time bodybuilders like Chuck Sipes, Leroy Colbert, and Reg Park seemed to almost have a type of "sixth sense," and would frequently do things completely different from their peers, and profit greatly from it.

Sipes method of starting his routines heavy and then performing hypertrophy work after is a perfect example of this. He did this by instinct alone, and half a century later it's backed by evidence and used by smart trainers everywhere.

The 4-21-16-4 method of training oozes Sipes' intensity. I've used this routine myself, and the level of pump and soreness you get in the target muscle is unparalleled.

Nevertheless, remember this is a "shock" technique, and only to be used once every 2 weeks at most, and not every workout.

Sipes would use this for his biceps or triceps, and the biceps routine looked like this:

Sipes would start with the cheat curls for sets of 4 reps, and after every fourth set would do one set of 21s.

Some may call it crazy, excessive, even counterproductive; however, Sipes loved it and recommended this routine to many. He also performed a similar version for triceps, combining lying triceps extensions with partial triceps extensions using the same rep scheme.

Although Sipes performed these on a low bench or with a liftoff from a partner, MRI studies have shown triceps extension movements are more effective performed on a decline bench. This provides a better stretch to the muscle, and also makes the liftoff easier when working out solo.

Sipes also had massive forearms. Measuring at over 18 inches, he considered them the key to his strength feats that he performed in shows around the world.

Chuck created and practiced his own version of wrist curls, which he later taught to another bodybuilding hero, "The Blond Bomber" Dave Draper.

With a dumbbell supported on the knee, Sipes would position the thumb against the inside of the dumbbell and hunch over so the shoulder of the working hand was almost parallel to the floor. Once in position, he curled the dumbbell as high as possible and held or 2 seconds.

This causes a much deeper contraction in the belly of the forearm musculature.

Another classic Sipes technique was the 1-10 10-1 technique, which combines drop-sets and pyramid styles with bodyweight exercises for a great finisher to a workout.

If you failed to get all the way up to 10 reps, you'd stop there and start working back down. Rest times could also be adapted to your individual endurance level. Chuck used only a few seconds, but some may need more rest to get a decent amount of reps.

Another popular method today that Chuck was using 50 years ago is the tonnage system, which starts with calculating your total weight for a workout. For example:

Then with every workout, you simply increase the total weight by adding sets, reps, or weight to the bar. The trick is to do so without making the workout exceptionally longer – try to keep the duration the same, allowing you to increase your body's ability to do more work in a given time.

In the above example, you may have noticed the rep scheme. Sipes referred to this as the double pyramid system, and credits it for helping him achieve a near 600-pound bench press.

I've been using this pyramid on bench press for a few months and am stronger than I've ever been, approaching my long-term goal of a 405-pound bench at less than 200 pounds.

A final tip from Sipes is his heavy reliance on what he called support movements. Sipes believed these were the key to developing tremendous strength.

One such movement for the bench press is isometric lockouts, which is simply unracking the weight in a power rack and holding it at lockout position for 5 to 20 seconds.

If he could hold it for longer than 20 seconds it was time to increase the weight, usually by 20 pounds or so. Sipes recommended 4 sets of 5 to 20 seconds.

I hope that some of these training methods will help you as much they helped Chuck, his fans, and myself. In a sport with such a colorful history filled with comic book characters, Chuck Sipes was one of the all-time greats, and richly deserves his place in bodybuilding's hall of fame.

My new pastime (and how women should train)
For Women, Training
Christian Thibaudeau March 28 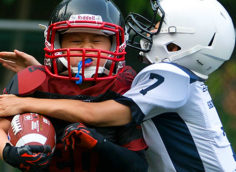