When I was 20 years old, I decided that it was finally time to man up and start squatting. Every article I'd read informed me that squats were the King of Exercises, and that anyone who avoided them was basically a huge pussy.

Furthermore, back then (1997 or so), articles went so far as to tell me that squats would jack my Testosterone through the roof so that all my muscles, even those in the upper body, would rapidly start growing!

This broscience may have turned out to be dramatically overrated (Schoenfeld, 2013), but nevertheless, it helped convince me to start squatting, so as misguided as some of the information might have been, the overall message was good.

During my first-ever squat session I hammered out sets with 95 pounds, 115 pounds, and 135 pounds like a boss. A week later I was moving 185 pounds. Within a month, I was busting out 225 pounds. And I can still recall the feeling of my first set of 275-pound squats. I proudly busted out 5 repetitions and my quads were on fire. Pretty soon I'd be squatting three plates!

Here's the crazy thing: In my mind, I was going deep -- at least down to parallel. However, I was mortified to learn that what I thought were "deep squats" were in fact not even half-squats, but more like quarter-squats.

Shortly after my big set with 275 pounds, something very memorable occurred. A gigantic mountain of a man walked up behind me and uttered nineteen life-altering words:

"Why don't you drop down to one-hundred-and-thirty-five pounds and squat deep like a real man?"

I turned to look his way, but he didn't even look in my direction or alter his gait. It was as if I was too insignificant to be worthy of eye contact. From behind, the dude looked like he could squat and deadlift a grand. In retrospect, I think it might have been Bill Kazmaier.

I bumbled around for a couple of minutes, trying my hardest to justify sticking with the heavier loading. Lucky for me, in a rare moment of rational thinking at the age of 20, I decided to take the man's advice. I put my tail between my legs, stripped the plates off, and dropped the load to 135 pounds.

I proceeded to perform three sets of deep squats. I felt muscles working in ways they'd never worked before. From here on out, I was a legitimate squatter. In the next year to come, my legs grew like crazy -- I think my quads and adductors doubled in size.

More vital to my long-term learning, though, is that I realized the importance of using a full range of motion and prioritizing proper form over loading. Strength gains will come much faster if you first build a proper foundation of good form.

Deep squatting has done wonders for me, but let's see what the research has to say about squat depth.

Here are 7 reasons why you should squat deep:

In 2012, Bryanton et al. investigated squat depth and joint moments at the ankles, knees, and hips. As the squat ROM went deeper, the hips ended up picking up more of the load compared to the knees and the ankles. This lends support to the Caterisano study cited in reason #1.

In 2012, Hartmann et al. examined the transfer of deep squats versus partial squats on vertical jump performance. The researchers found that deep squats (both front and back) transferred favorably to jumping, whereas heavy quarter squats did not.

Esformes & Bampouras (2013) found that parallel squats elicited greater PAP than quarter squats. For those unfamiliar with PAP, it basically means that performing an activity (squats in this case) can improve subsequent performance by increasing muscle force production.

6. Deep Squats do a Better Job at Increasing Thigh Hypertrophy

7. Deep Squats do a Better Job at Increasing Squat Strength to Parallel Depths

Performing shallow squats will in fact lead to greater strength gains in shallow squatting compared to performing deep squats, but this doesn't result in greater hypertrophy or jump adaptations. 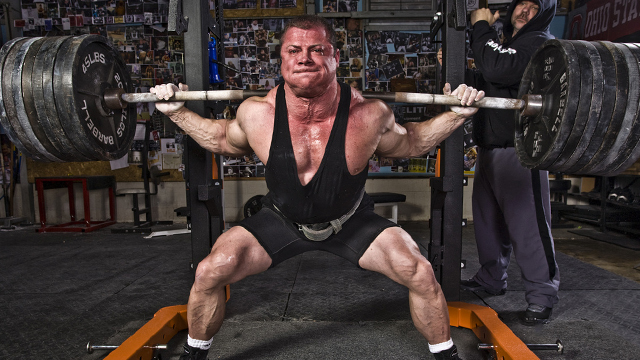 Should Everyone Full Squat?

A heavy, deep squat requires a symphony of properly orchestrated joint and muscular actions. The squatter's feet must stay firmly planted while the hips sink down in between the legs. The legs are forced outwards so they track over the feet while the ankle allows the knees to jut outward over the toes.

The spine maintains most of its natural arches and remains stable under heavy load, the core is braced to buttress the spine, the pelvis maintains much of its natural tilt, and the arms hold the bar tightly onto the upper back.

It's a thing of beauty, alright, but I'd be the first guy to say that not everyone can deep squat. I've trained many folks who couldn't go beyond parallel without their form drastically deteriorating. Hell, I've even trained folks who had such poor hip and/or ankle mobility that they couldn't reach parallel even after a couple of months of corrective exercises and squat training.

Hip, ankle, and thoracic mobility drills, core stability drills, and glute activation drills can go a long way in helping people reach proper depth. However, due to anatomical variations at the hip such as cam or pincer femoroacetabular impingement syndrome, there are plenty of lifters who will never be able to deep squat with proper form (Lamontagne 2009).

Furthermore, some folks with knee issues such as chondromalacia, arthritis, or torn menisci shouldn't deep squat due to the increased patellofemoral and tibiofemoral compression that's inherent to deep squatting (Schoenfeld 2010).

That said, if you can squat deep with good form and no pain, then you should definitely choose the deep squat as your primary variant. I should also mention that powerlifters should spend the majority of their time squatting to parallel, or at least just above or just below parallel.

Partial squats yield partial results. If you want to build bigger glutes and bigger thighs, develop greater core stability, jump higher, and/or increase your powerlifting total, then you need to be squatting deep.

Some lifters might mistakenly assume that they're already squatting deep, but what we feel isn't always reliable. I recommend having someone film you from a side view at knee height so that you can see for yourself just how deep you're going.

You might have to reduce the loading significantly at first to start hitting proper depth, but within a few months you'll build your strength back, this time using much more ROM.

From somebody who has experienced the results firsthand, trust me when I tell you that learning to squat deep is well worth the effort.

Single joint exercises are fine, but compound lifts will do more for your overall size and strength. Here's how to build your arms with compound work.
Arms, Bodybuilding, Training
Chad Waterbury April 6 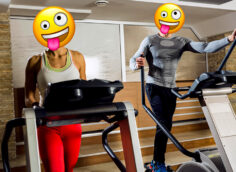 Build your legs and challenge your anterior core strength and stability with this move.
Exercise Coaching, Kettlebell Training, Legs, Tips
Ryan Taylor May 27