Lifters often focus on training variables such as intensity and volume, and rightly so. These can have a profound impact on adaptations, but an overlooked factor that’s critical to progress is varying your exercise selection.

If you fail to include a variety of exercises in your routine, you’ll fall short of getting the most out of your muscular potential.

To be clear, variety in this sense has nothing to do with “muscle confusion” or similar training principles. Rather, this is about optimally stimulating all potential muscle fibers.

In fact, one of the primary reasons that bodybuilders tend to have greater muscular development compared to powerlifters and weightlifters is the exercise variations they use.

While strength athletes often stick with a relatively limited number of lifts, physique athletes regularly use a multitude of exercises.

Bodies Are Built For (And From) Variety

The importance of exercise variety is apparent from our basic functional anatomy.

Muscles often have varied attachments that help to optimize leverage for varying actions. For example, the deltoids have three distinct heads – anterior, middle, and posterior – that carry out flexion, abduction, and horizontal extension, respectively.

Another clear example is the trapezius which is subdivided into an upper aspect that elevates and upwardly rotates the scapula, a middle segment that adducts the scapula, and a lower aspect responsible for depressing the scapula.

Maybe this concept isn’t total news to you, but what you might not be aware of is the fact that varying your exercise selection can potentially allow you to work multiple portions of the same fiber.

Contrary to popular belief, muscle fibers do not necessarily span the entire length of the muscle from origin to insertion. They’re often partitioned into neuromuscular compartments, with each compartment innervated by its own distinct nerve branch.

Studies show that the biceps brachii, sartorius, gastrocnemius, and hamstrings, amongst others, are all subdivided by one or more fibrous bands or inscriptions.

This has important implications for targeting different body parts. What’s really interesting, though, is an emerging body of research showing that the selective activation of different areas of a muscle is consistent with where hypertrophy occurs in that muscle.

Translation: By working certain parts of a muscle with specific exercises, you can enhance the extent of that muscle’s total hypertrophy.

A key takeaway here is that maximal muscular adaptation can only be achieved by fully working all aspects of all the major muscles, and this can only be accomplished by training with a variety of exercises.

Here are five strategies to help you construct a workout plan that optimizes the overall size and symmetry of your physique. 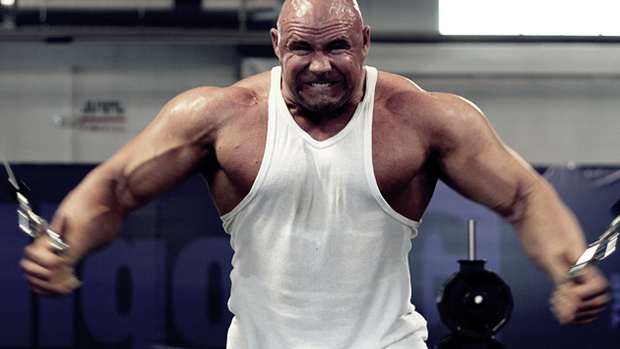 Fibers contract optimally when they’re placed in direct opposition to gravity along the direction of the fiber. This means working muscles from different angles based on the orientation of their individual fibers.

For example, the pectoralis major is partitioned into the sternocostal and clavicular heads. The sternal head best opposes gravity when you’re lying supine (totally horizontal), while the clavicular head is more aligned with gravitational forces when the torso is inclined.

This is consistent with EMG studies showing that the sternal head is maximally activated during flat pressing and the clavicular head receives greater stimulation at a moderate incline.

So, obviously, both variations should be incorporated for optimal chest development.

Training angle also must be considered when working the delts. Most people think that the shoulder press is primarily a middle delt developer. Not so!

Because the shoulder joint is externally rotated during performance, the anterior delt is directly opposing gravity and it receives the majority of stimulation. The middle and posterior heads are substantially less active.

To target the all-important middle delt, you need movements where the shoulder is somewhat internally rotated, such as the lateral raise and upright row done with specific form.

For the lateral raise, make sure your pinky is always higher than your thumb as you lift, otherwise your shoulder will be externally rotated, placing the anterior delt in opposition to gravity.

For the upright row, assume a wide grip to maintain focus on the middle delt and only come up to parallel to avoid risking impingement.

2 – Work in Different Planes of Movement 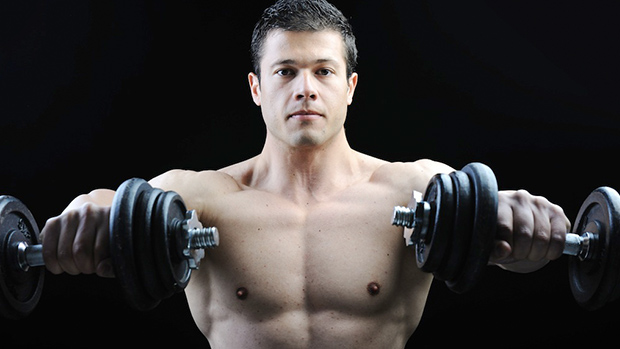 The human body is designed to carry out movement in any possible direction and the musculoskeletal system is able to call upon different muscles based on the requirements of a given task, so muscular recruitment can change based on the plane of movement in which the body is worked.

It’s amazing how many lifters seem to miss this fact and train almost exclusively in the sagittal plane (like chest presses and most rows), while not always focusing on the frontal (overhead pressing or pulling) or transverse (many rotational movements).

A multi-planar approach is particularly important when training the muscles of the back.

The lats are highly active in frontal plane exercises such as pull-ups and lat pulldowns, while the mid-traps and rhomboids are best activated with sagittal plane rowing movements.

Multi-planar training is equally important when working the legs.

Squats, lunges, stiff-leg deadlifts, and leg presses are (hopefully) common exercises in your leg training, but exercises such as lateral lunges, resisted lying clamshells, and other frontal plane movements provide complementary activation patterns that can provide greater development of your lower half. 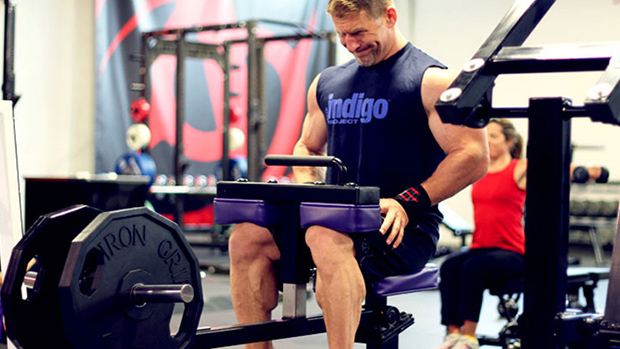 A muscle fiber’s ability to produce force is dependent on a concept called the length-tension relationship.

Simply stated, a muscle contracts differently based upon the positioning of the nearest joints and the degree of stretch the muscle is put into prior to contraction.

There are two strategies you can use to take advantage of this phenomenon in your training: active insufficiency and passive tension.

Active insufficiency occurs when a muscle that spans two joints is shortened at one joint while the other joint initiates a contraction.

Because of the weak contractile force of a muscle when its attachments are close together, the muscle is at its lowest point on the length-tension curve and therefore its capacity to produce force is diminished.

Conversely, passive tension is achieved when a two-joint muscle is elongated at one joint while producing force at the other joint. This produces a favorable length-tension relationship and maximizes the capacity of a muscle to produce force.

With these concepts, you can selectively target areas of your physique by making muscles more or less active during a set. The calves may be the best example of employing this strategy.

There are two primary calf muscles – the gastrocnemius and the soleus. The soleus is a single joint muscle, while the gastroc is a biarticular (two-joint) muscle, crossing both the ankle and knee joints.

When performing a seated calf raise, the gastroc is rendered actively insufficient since the knee is flexed. Accordingly, it has limited ability to produce force leaving the soleus to carry out the majority of the work.

Alternatively, standing calf raises place the gastroc in a stretched position where it can produce maximum force.

This strategy can also apply to triceps training. Since the long head is an extensor of the shoulder joint, it becomes stretched in shoulder flexion and can then exert more force than the other two heads. This is why overhead triceps extensions are best for long head development.

Conversely, during movements where the elbows are held at the sides, as in pressdowns, the long head becomes less active and the medial and lateral heads can perform a greater amount of work. 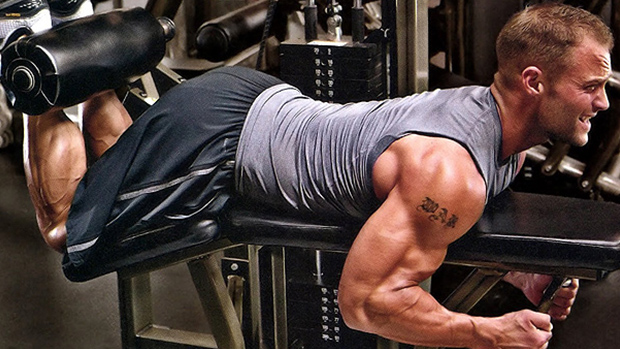 Without question, compound exercises are essential components of any muscle-building program. They dynamically work large swaths of muscle and statically involve numerous stabilizers as well.

However, the claim that all you need to do are the “big lifts” is overly simplistic if your goal is maximum muscle.

During multi-joint movements, some muscles will necessarily make a greater contribution to movement than others. For example, it’s often assumed that the hamstrings are highly active during compound lower body exercises. Not true.

Research shows that hamstring recruitment is markedly lower than the quads or glutes when performing the squat and leg press. This is consistent with the two-joint structure of the hamstring musculature because they’re both hip extensors and knee flexors.

During compound lower body exercise, the hips and knees flex during the eccentric phase and extend during the concentric phase, meaning that the resting length of the hamstrings really doesn’t change much throughout the movement.

This means that single-joint exercises such as Romanian deadlifts, good mornings, and leg curls are vital to ensure optimal hamstrings development.

Similar principles apply to the upper limbs, where the biceps and triceps long heads also have biarticular structures. Sure, you’ll get substantial activation of the arm muscles during performance of upper body presses and pulls but, as with the hamstrings, the length of these muscles will remain fairly constant throughout performance.

Targeted single-joint exercises for the biceps and triceps afford the potential for stronger muscular contractions and greater growth.

The take-home point is that, although multi-joint exercises should form the foundation of any hypertrophy-oriented routine, single-joint movements can have a distinct synergistic effect on muscular gains and shouldn’t be neglected.

5 – Use Different Hand or Foot Positioning 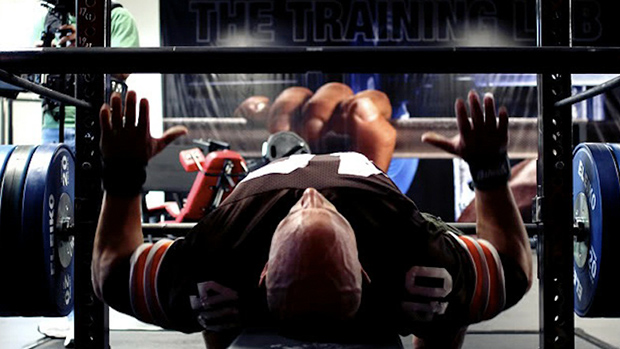 Even something as simple as introducing new hand and foot positions can enhance hypertrophy by targeting different muscles, or portions thereof.

For example, studies show that assuming a wide stance while squatting increases activation of the gluteus maximus and the adductors while a narrow stance results in a greater stimulation of the plantar flexors.

Similarly, a narrow hand spacing in the bench press results in significantly greater activation of the clavicular head of the pecs compared to a wide grip. A narrower grip will also, obviously, increase the overall triceps demand by putting them in a more advantageous position.

Introducing variety into your exercise selection doesn’t need to be a drastic overhaul. It can be as simple as shifting your hands an extra inch or two on the bar or taking a moving your feet a half step lower and closer on the leg press.

Or the exercise variety can be as significant as a complete revamping of your training routine to include entirely new exercises that address previously overlooked movement patterns.

The important factor is that you do introduce change into your programs on a regular basis and that you do approach muscle building in with the goal of targeting every muscle fiber in each body part in the most thorough, effective, and efficient way possible.