Like everyone else, I've had my role models and mentors who've looked out for me. My mother has taught high school English for over 20 years, so I owe a lot of my writing success to her. My father taught me to tie a tie and to remember to check the oil in my car. My brother, the accountant, is always a phone call away if I need financial advice.

Guys like Alwyn Cosgrove, John Berardi, Dave Tate, and Jason Ferruggia have all been extremely gracious in giving me advice as an up-and-comer in this business. In short, I'm just the sum of many constituent parts: individuals to whom I owe a debt I'll never be able to repay.

One of these "parts" that might surprise you, though, is comedian George Carlin. Back in 2003, my father and I went to see him live. He impressed me not only because he was ridiculously funny, but also because he was hilarious with absolutely no transitional material! The man's topics bounced around like a pinball.

His approach wasn't much different than the way my mind works. Perhaps it's because I read so much or simply because the majority of my time is devoted to training and nutrition, but I've always got about a million loosely-related things bouncing around in my head.

Some might think that this is a bad thing, as I'd be too distracted to accomplish anything. That couldn't be further from the truth, though. In fact, I honestly think that it allows me to see important relationships – finding kinetic chain compensation patterns; correlating injuries with dysfunction; and considering interactions between training, nutrition, supplementation, and lifestyle – that might otherwise be overlooked.

If being scatterbrained can make George Carlin a good comedian, I don't see why it can't make me a good writer and coach. So with that said, here are 40 random thoughts.

Supinators don't decelerate well, and respond best to a bit of extra cushioning in their sneakers. Pronators over-decelerate and therefore don't propel well. They respond best to a ton of stretching for the calves and peroneals along with specific dorsiflexion exercises.

2. The world was a better place before Bon Jovi made an acoustic version of "Livin' on a Prayer."

3. A competition max lift will take far more out of you than a training max. Many estimate that the competition max can exceed the training max by as much as 10%, especially when attempted after a period of rest (as seen in powerlifters under meet conditions).

4. Failure in life usually has a lot more to offer you than success. The video below shows me taking 578.5 for a Junior 165-pound weight class national deadlift record. Be forewarned, it might be one of the more painful things you'll ever watch!

Thinking about this missed lift always gets me fired up, though, and it's led to some very productive training cycles. My lockout has improved immensely since then; I'm pulling more than 50 pounds more now (this is 628).

5. Speaking of a 628 competition deadlift, here it is.

The important lesson to take away from this lift is that you should never use a competition lift as an example of ideal form. Powerlifters in competition are doing whatever they can to reduce range of motion.

Notice how rounded my shoulders and upper back are. If I'm training an athlete or ordinary weekend warrior client, I want to strive for efficiency at all costs; the shoulders are back and the chest up.

6. Dale Carnegie's classic, How to Win Friends and Influence People, should be required reading in every high school.

7. The world needs another body part specialization program like I need a hole in my head. We're dysfunctional enough, people. Do some mobility work, deadlifts, lunges, rows, external rotations, and soft tissue work, and you'll probably realize what it's like to actually feel good.

The camouflaged hat is equivalent to holding a pep rally in the middle of nowhere and only inviting blind, deaf, mute fans.

10. There are two broad ways to get stronger: improved neural efficiency and greater cross-sectional area. Having great neural efficiency means that you have tremendous potential for muscle growth, athletic performance, and general health.

Having great cross-sectional area really only means that you have tremendous potential for filling out T-shirts. The take-home lesson is that big guys (like virtually everyone else) still need to get more neurally efficient to keep getting bigger.

11. I don't care if you're in the NBA or are going to be in the NBA, pull your pants up. You look like a wanker.

12. There are lots of women stronger than you, so quit moaning like you're passing a kidney stone when you're really just doing cheat curls with 55 pounds. Also, that cutoff Abercrombie shirt isn't scaring anybody.

13. Some people only use unstable surfaces to train their athletes. Others are H.I.T devotees. A lot of Germans love David Hasselhoff. All of these people are entitled to their opinions, but that doesn't mean they aren't complete tools.

14. Spend more time training with thick bars and all your "normal" bar work will get a lot easier quickly.

15. A kettlebell is a good training tool, but it'll never be the Holy Grail some make it out to be. Kettlebells won't cure cancer, clear up acne, or make your penis bigger, either. (I figured we ought to head those myths off before the claims are made.)

17. I used to have a hard time understanding why so many powerlifters did high-rep band pressdowns. Then I benched 400 for the first time and my elbows felt like they were going to explode. Band pressdowns suddenly seemed a lot more appealing.

19. You'll never be strong if you refuse to lift in gyms that don't have air conditioning and towel services.

Robocop says that you're not as special as you think. He's right.

21.Tendinitis, an inflammatory condition, is actually very uncommon. Tendinosis, on the other hand, is the much more common pain people experience.

The cause is actually degeneration. Non-steroidal anti-inflammatory drugs (NSAIDs) won't do anything besides relieve pain. Treatment should be centered on modalities to encourage tissue remodeling.

22.Most athletes are hopelessly lost when it comes to training for high-level performance. You'd really think that we're past the stages of leg presses, long-distance running, and just playing your sport to improve, but sadly, not many athletes are. They should buy my off-season training manual. (How's that for to-the-point marketing?)

23. If spelling bees are going to be on ESPN, they should be full-contact.

Can we please get a linebacker to rage on this kid?

24. Find mentors. They'll teach you a lot and save you a lot of time, frustration, and possibly even money. Say "thank you."  Write "thank you" notes. Send "thank you" gifts.

25. Be a mentor yourself and help out an up-and-coming lifter. Someone helped you out when you were first getting started. Think of it as your responsibility to the future of the iron game and fitness industry.

You want stability – not mobility – at the lumbar spine. Hyperextension isn't a good thing. Just ask a retired gymnast with so many stress fractures in her lumbar spine that she could be confused with a piece of cracked china.

27. There's no such thing as a "medial" deltoid. Medial means "toward the midline." The middle deltoid fibers to which people are trying to refer are actually lateral – not medial – in the anatomical position. Glance over a few dozen articles and look for this mistake; it'll tell you who the coaches are who don't know functional anatomy nearly as well as they think they do.

29.Sniffing ammonia might kill brain cells, but I still do it. I guess I'd rather be dumb than weak.

30.Rust on a nail builds tetanus. Rust on a barbell builds character, strength, and attitude.

31. In the way of the modern strength "guru," I'll throw out a random percentage fact that says wearing the aforementioned Abercrombie cutoff shirt and an i-Pod at the same time will impair strength gains by 46.7982%.

While the Abercrombie and i-Pod facets of this tip are valid concerns, they aren't the most important take-away message from that first sentence. About 99.99874% of knowledgeable veteran lifters will agree, while only 7.439% of newbies will have any idea where I'm going with this.

32. If you don't have a jack to lift the bar up while your partner unloads all the 45-pound plates you just deadlifted, slide a 2.5-pound plate under the first plate on the bar. It'll lift the plates up a bit and make it easier to slide them off.

33. It's been said that the only difference between you now and you five years from now is the people you meet, books you read, and conferences/seminars you attend. You're reading right now. Good job.

Now, find a seminar and go meet people. The Los Angeles Strength and Performance Nutrition Seminar this September 16-17 would be a great place to start.

34. If you find that you're not able to stay tight in your upper back when squatting and the bar is sliding during your set, try putting some chalk on your upper back. This will help to hold the bar in place. If that doesn't work, you need to tighten up by activating your lats, pulling your elbows forward, squeezing the bar tight, and pulling it down into your upper back.

35. Do we really need to have the "Is creatine safe?" discussion again? I just went to Pubmed and searched for "creatine." Received 37,652 responses! For "creatine monohydrate," I got 212. This is the most researched supplement in history, folks, so stop beating a dead horse.

Come to think of it, you should've given the horse creatine before he died; he probably would've lived longer and ran faster. This stuff is good for health, longevity, and performance – and it's safe.

36. Us powerlifters aren't that much different from you bodybuilders, if you really think about it. We just lift heavier weights and do less volume. And we don't care about our biceps, quads, calves, or pec tie-ins (as long as they're still attached, we're happy). And we don't get oiled up or tan. And our squat briefs aren't as revealing as posing trunks.

Okay, so I guess we aren't that much alike beyond the fact that we lift weights. Hey, at least I started this blurb with good intentions.

40. If people spent more time seeking out hardcore gyms and dedicated training partners instead of bickering over minutia on the Internet, there would be a lot more big, strong lifters out there. 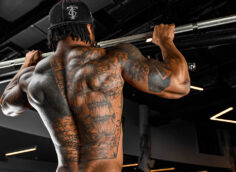 Not many lifters think about the bottoms of their feet when they pull big weights. They should. Here's why.
Deadlift, Powerlifting & Strength, Tips, Training
Eric Cressey May 7 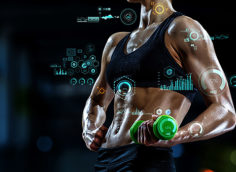 The majority of lifters spend their time doing frontwards or backwards movements, which is a whole world of stupid. Let's fix that.
Training
Abby Keyes November 5

Stretch out those shirtsleeves by adding this unique exercise variation to your arm training plan. Here's how to do it.
Tips, Training
T Nation January 12