It's well known to everyone that genetics influences a variety of physical traits. These traits are most evident in physical appearance and include eye color, hair color, and skeletal height. In fact, they're responsible for every physical trait apparent to the human eye.

What's often overlooked, though, is that genetics also play an extremely important role in your response to weight training. Because of their genetics, some people make superior gains in size and strength while others make inferior ones, even when employing an identical strength program (doing the same exercises and using the same number of sets and reps).

Think about it, if all you had to do was follow the strength program of champion bodybuilders and powerlifters, there'd be millions of individuals walking around with a bench press of triple bodyweight and a 20-inch difference between their chest and waist. Obviously, these individuals are few and far between.

Knowing why certain genetic factors determine your response to weight training is important because it might allow you to call an audible and alter your training methodologies to better take advantage of your individual traits.

Here are some of the factors that determine your response to weight training: 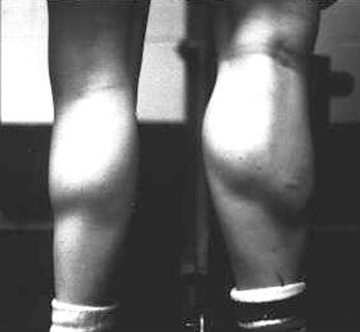 At the time of the photograph, both individuals - female collegiate gymnasts in their freshman year - were training partners who'd been doing the same strength program for nearly eight months, performing the same exercises and set/rep scheme.

Some individuals have lever (bone) lengths and body proportions that give them greater leverage in lifting weights and a greater potential for increasing strength than other individuals.

Everything else being equal, those who have favorable lever lengths and body proportions have a greater strength potential in certain exercises because they don't have to move the weight as far as those who have less favorable lever lengths and body proportions. The end result is that they can lift extraordinarily heavy weights.

A classic example of desirable lever lengths and body proportions in powerlifting is Andrzej Stanaszek of Poland. By definition, Stanaszek is a dwarf, having extremely short arms and legs. However, in a 2003 meet, he set world records by squatting 662.5 pounds and bench pressing 402.3 pounds . . . at a bodyweight of 114. 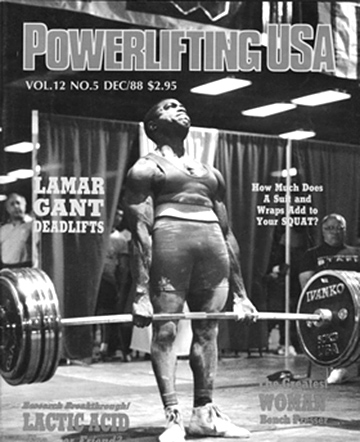 While short arms are highly desirable in most exercises, the deadlift favors long arms.

In a 1988 meet, Lamar Gant of the United States set a world record by deadlifting 683.4 pounds . . . at a bodyweight of 132. His arms are so long that he can almost literally scratch his knees without bending over.

The farther away that a tendon inserts from an axis of rotation, the greater the biomechanical advantage and strength potential. Consider two individuals who are tasked with holding 40 pounds in their hands at a distance of 12.0 inches from their elbows while keeping their lower arms parallel to the ground and maintaining a 90-degree angle between their upper and lower arms. 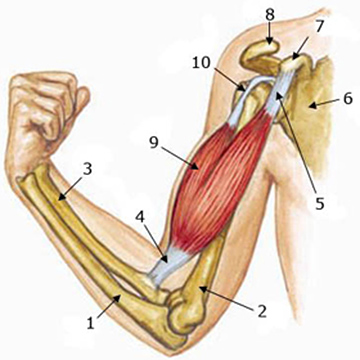 In this example, the force necessary to maintain the weight (or resistance) in a static position can be calculated by using this equation: force times force arm equals resistance times resistance arm (or, more simply, F x FA = R x RA).

Crunching the numbers shows that Lifter A must produce 400 pounds of force to hold the 40-pound weight in a static position while Lifter B must produce 480 pounds of force to accomplish the identical task. In other words, Lifter A doesn't need to make anywhere near as much effort as Lifter B to hold the same weight. Lifter A would have greater leverage than Lifter B and, everything else being equal, would have a greater strength potential.

The effect that the insertion point of a tendon has on a bone can be likened to the position of a knob on a door. Placing the knob (tendon) away from the hinge (elbow) gives you greater leverage, making it easier for you to pull the door (bone) than if the knob were closer to the hinge.

With all due respect to Thomas Jefferson, all men (and women) aren't created equal. If two individuals perform the same strength program, it's highly unlikely that they'll end up having the same level of size and strength.

Each individual responds in a different manner because - other than identical twins - everyone has a different potential for improving their size and strength. Simply, some people are predisposed toward developing high levels of size and strength while others are not. And that's why the same strength program can result in one person who looks like Arnold Schwarzenegger and another who looks like Arnold Palmer.

For all intents and purposes, you can't change the traits that you've inherited. However, this doesn't mean that there isn't any hope for you to get bigger and stronger; just be realistic and smart about it.

Here's why you need to be doing the power clean.
Tips, Training
Glenn Pendlay February 28