T-Nation readers don't want to be average. They don't want to just "make progress." They want to build the ultimate physique and enjoy the life that goes along with having it. John Romaniello understands that.

In fact, this was his answer when I asked him what he does for a living: "I train people to look f'ing awesome."

Can't get more blunt than that.

Throughout our one-hour interview, he kept coming back to what the "perfect body" represented, and even gave specific indicators (17-inch arms and a 30-inch waist for someone under 5'10", for your information) and how to go about building that perfect body.

What follows are the "gold nuggets" of our conversation, 20 topics that will help you build a bigger, stronger, more symmetrical body and live a better life.

You won't gain a pound per week every week. You want big arms, scary bulldog traps, or broad shoulders? Take six weeks and get on a specialization program.

Why specialization? Because you'll notice gains more quickly since you have a laser-like focus on that one body part. It's motivating.

2. The first thing I do is look at shoulders and upper traps. 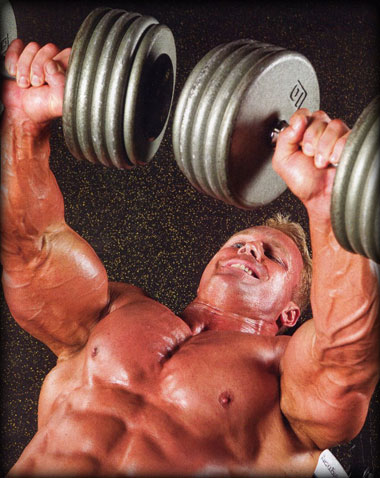 Lots of guys are "mirror muscle" guys, but not me; I do more pulling than pushing. I recommend a 3 to 2 ratio of pulling to pushing exercises. Think about it: you really can't pull your shoulder blades back too far, but you can certainly round them too far forward.

So the shoulder specialization phase is really a shoulder and upper back phase, and it's going to create a much broader-looking physique. We'll put caps on the delts and create a strong shoulder capsule.

And that's okay. We train athletes to the point where they know they can perform when they're called on. I want to know I can take my shirt off when it's called for. I train people to be within striking distance of whatever they want to look good for.

To look fucking awesome means you can walk into any room with a t-shirt on and you're going to look better than 99% of people there. They should be able to tell that you lift weights and care about your diet. From any angle they see you, they should know you work out and that underneath your shirt you probably look better than they do.

4. Here's how you know you look awesome.

You're more muscular than 90% of guys out there. So let's say you're under 5'10". That means you'll have 16 or 17-inch arms, wear a 42 or 44 jacket, and have a small enough waist—say, 30 to 33 inches—where you have a visible V-Taper. Your ass will fill out your jeans, and if you're wearing shorts your calves won't look absolutely ridiculous being connected to the body that's on top of them. And you'll have a low body fat. If you're not below 10% you're not lean. Sorry.

5. Take a measuring tape and put it right around your shoulders.

Make sure it's right underneath where your medial delt ties into your triceps. That's the part you need to build up. You need more upper chest, medial delts, traps, and you need to pull your shoulders back. The other guys just need to work on their legs. They know who they are.

6. You ever walk into a room where there's someone who's in better shape?

Don't you hate them for about five minutes? Then there's a grudging respect. It's interesting. We look at our bodies to provide us with a certain amount of social capital and you kind of get used to being the fittest person in the room. Then someone else is and there's a brief moment where you feel like something has been taken away from you.

It's like driving to a club in a BMW and a dude behind you drives up in a Ferrari and you're just not that cool any more.

7. If you can recover from it, you should train as frequently as possible.

I like every other day in most cases. But people like schedules, so I usually recommend a four-day week of training on Monday, Wednesday, Thursday, and Saturday. You get more rest days that way.

But if we were training in a "perfect world," we'd wake up, eat, hang out, go to the gym, eat the rest of the day, stay away from stress, sleep with our girlfriends to release some steam, rest, sleep, wake up, and do it all again.

But you can only do that if you're unemployed, a professional athlete, work from the Internet, or in prison. Except you're not getting laid in prison. At least not the kind you want.

8. Guys need to do more lifts with one limb.

Also, train explosiveness. If you're not training it you're losing it. The last thing you want to do is have a staccato training routine for a few years and then try to do something athletic and pull your hamstring. There's a lot of merit that using explosive exercises build muscle, and they'll keep you stronger in the long run.

9. We all know your body responds when you make it do something it's not used to doing.

That's why going from an incline press to a high incline press feels different. But I really like throwing in "wacky" exercises in my programs.

Just for fun, the next time you go the gym, try the Y Press. It's a shoulder exercise. Grab some dumbbells and get in the position for a standing dumbbell military press. But instead of pushing straight up, push up and out into a "Y". Now tell me that's not interesting and hard.

You gotta have fun when you're training or you're not gonna get much out of it. If you have 10,000 exercises available to you in your training career you're going to make better progress than if you only had 5,000.

10. There are too many guys reading about training but who aren't actually training.

These are the same guys that ask you or me about gaining weight but then look the same a year later. My friend Craig Ballantyne has a great quote: "You have to adjust your attitude to the point where you're failing forward. You can sit on your ass and do nothing, or you can try something, screw it up, and still make progress. You'll learn more about yourself when you start failing forward."

11. The worst thing you can do is try a training program and not trust the guy who wrote it.

Find someone you can put your faith in and just put your fucking head down and do the program and complete it. Please, please, please complete the program. Program hopping is the most detrimental thing you could possibly do.

12. When are you going to start training with balls?

If you're using 30-pound dumbbells and making a lot of noise, you're not training like an animal. The animal is the guy who hits 315 for 20 reps, sets the bar down without a noise, and doesn't bother anyone.

I don't get in the mode where I tell people not to do shit. Steady state cardio is particularly effective in a fasted state if you're already very lean, like going from 6 to 8 percent body fat. I don't care what anyone says; it'll help. Or if you're like me, you just like to run. If I don't go on a 3-mile run without my shirt, it's not summer. And really, I just run past all the local high schools. 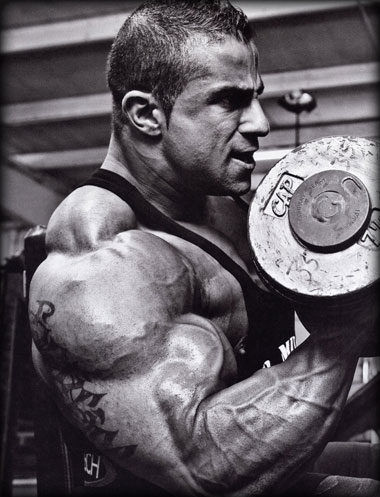 He's gonna get something out of them. The 150-pound guy will do them, make some noticeable progress, and it'll encourage him to train more. That's a good thing because then he can concentrate on getting up to 180 pounds. Granted, he should only be doing curls at the end of the workout.

15. You're allowed to use the Smith machine when you're doing inverted rows, moving the bar up to the top to do pull-ups, or setting up for the occasional shrug.

16. Barbells are great for fat-loss lunges because they're more taxing.

You can make the load heavier, and the way you're holding the bar stretches your rib cage and chest cavity, affects your breathing, and maybe causes a little more oxygen debt. So I'll pick barbells over dumbbells in those cases. Then again, dumbbells are easy to transition to another exercise quickly.

17. No guy should ever pump up before going out.

That's terrible. I mean, do you think any guy has every walked into a bar and got a girl because his arms looked very vascular? He should move to Jersey because that kind of thing is acceptable there. He doesn't even need to wear a shirt.

I like to make immediate contact because I know every guy is waiting and trying to figure out the right time to call. They wait a day or two days or whatever. I don't follow the weird rules.

19. Understand what your motivation is and accept it.

20. "Until a man is about 25 he still thinks that under the right circumstances he could be the baddest motherfucker alive."

But right around 25 you start to lose your aura of invincibility. You realize you need to start taking control of what you're doing. You have to work just a little harder to be a bad motherfucker. 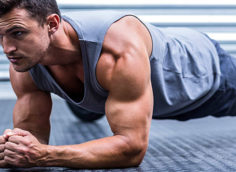