Want to gain weight and lose control of your appetite? Want to become forgetful, hypersensitive, unmotivated, cynical, and generally unpleasant to be around? Well, just lose sleep on a consistent basis.

As a 24-year old, I remember feeling those feelings and watching myself expand. My circadian rhythm and appetite were so out of whack that I binged on a box of semi-frozen Eggo waffles between naps one afternoon. I didn't own a toaster and didn't want to take the time to put them in the microwave.

With my first job straight out of college, I hadn't figured out how to get adequate sleep. As a TV news producer, my alarm went off at 2AM. And ironically, in the evenings I was too stressed-out and anxious to fall asleep or stay asleep.

If Z-12™ had been around back then, things would've been different.

Yeah, this is a supplement article, but don't freak out because it's one you should consider using. And it's not just for muscleheads. Your dad, mom, and next door neighbor could benefit from it.

The fat you gain from losing sleep can be imperceptibly slow. It creeps up. And that's the problem with it. Since you don't see it immediately after one night of poor sleep, you likely won't connect the dots after many poor nights of sleep.

You might try dieting, skipping breakfast, and eating salads for lunch. And that's fine. But when your sleep is subpar, you're going to be swimming against the current. It'll hurt your ability to comply with any diet.

Don't believe me? Then believe the European Journal of Clinical Nutrition, which published a meta analysis showing that after a poor night of sleep, people ate about 385 more calories the following day (1). This is likely caused by a disruption of leptin (the satiety hormone) and ghrelin (the hunger hormone), which ultimately leads to cravings.

So if just one bad night can cause you to eat a few hundred extra calories the next day, you can imagine what weeks or months will do.

And it's worse for those with high-stress jobs. Researchers examined the eating and sleeping patterns of workers who had to deal with the public over the phone. They found that work stress was linked to unhealthy food choices at night. On the flip side, a good night of sleep had a "buffering effect" which led to better dietary choices (2) the next day.

Sleep doesn't just affect your appetite; it also affects the way your body stores fat. Researchers at the University of Chicago Research Center found that restricting the sleep of study participants caused their fat cells to become more insulin resistant (3). In short, sleep is an important regulator of energy metabolism.

Poor sleep is also tied to low testosterone, and those who don't make enough are often depressed, tired, and overweight.

So how badly does poor sleep affect testosterone? Well, in one study, after just a week of sleep restriction, healthy young men experienced a 10-15 percent decrease in testosterone (4). Researchers had them restrict their sleep to five hours per night.

Sure, in the confines of an experiment, getting only five hours of sleep might seem severe. It is. But you have to wonder, what if their sleep was just restricted to six or even seven hours per night for several months? That would give them a little more sleep every night, but over a longer period of time.

It's not as severe as five hours, but it's not an optimal amount either. Yet that's the about how much sleep a lot of adults get. And they believe it's normal. Would their testosterone be low as well? It's possible. Perhaps "dad bod" is really just a low-T, sleep-deprived bod.

You've already heard all the stuff about turning off the TV early, avoiding caffeine late in the day, and making your bedroom dark. If you haven't read about these "innovative" sleep tips, just open a Reader's Digest from 1999.

The truth is, sometimes the obvious stuff doesn't work. And to be completely honest, I want to punch anyone who tells me to stop watching Netflix at night. Especially since I can watch it and still get a full 8.5 hours of sleep.

But maybe that's because my main sleep strategy is taking Z-12™. It actually allows me to "turn off" the anxious part of my brain at night. It makes sleep so restful that I pop out of bed without an alarm. No grogginess in the morning. No racing thoughts in the middle of the night. Just rest.

But if you're still amped up after a stressful day of work (or arguing on the internet) your brain will continue to produce a flood of the stimulatory neurotransmitters. This ongoing production of stimulating chemical messengers, like epinephrine and glutamate, can lead to feeling agitated or restless. And that's where Z-12™ really shines.

Here are the key ingredients in Z-12™ that'll help you take control over your brain and finally get to sleep.

There are all sorts of scenarios in which you'd benefit from using Z-12™. So just take it when you know you're going to have a hard time winding down in the evening. Go with 2-4 capsules on an empty-ish stomach prior to bedtime.

If you're feeling restless an hour after work, skip the wine and consider having Z-12™ instead. Alcohol, by the way, disrupts sleep so it's not the best route to take if you're trying to get a deeper, more restful night of slumber.

I generally take Z-12™ when my mind won't settle down at night for whatever reason. And I've never gotten to the point where I needed more in order to get the same efficacy; three capsules does the job. 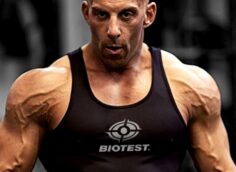 For years, Plazma has been my go-to workout drink. That's over. I've switched to something even better. Here's the story.
Nutrition & Supplements
Christian Thibaudeau May 17

Here's how to easily get over your cold faster and get your butt back into the gym.
Nutrition & Supplements, Super Health, Tips, Zinc
TC Luoma January 4 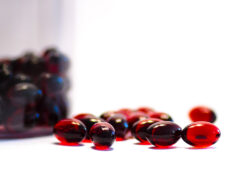 Pomegranate and its metabolites are known for their pro-sexual, pro-prostate effects, and they may build strength, too. Here's the science.
Super Health, Testosterone Optimization
TC Luoma June 28