In 1939 a doctor named Walter Kempner started a program at Duke University to treat severely obese folks. He prescribed a diet that consisted mainly of rice, fruit, juice, and table sugar. Yep, pretty much all simple carbs.

At first the patients only used this protocol for short periods at a time because the doc worried it would cause nutritional deficiencies. The trouble was, he had a strong German accent and one of the test subjects failed to understand the instructions. She ended up following the diet for two months instead of two weeks.

To everyone’s surprise, she didn’t manifest any signs of nutritional deficiencies. Instead, she displayed amazing health. Her blood pressure went down. Her heart actually shrank back to normal size and her eye damage miraculously resolved itself.

The doctor had a “Eureka!” moment and started putting all his patients on the diet for extended periods of time. They were instructed to get about 95% of their nutrition from the foods listed above to the tune of 2,000 to 2,300 calories a day.

Ninety-three percent of his patients lowered their cholesterol, from a hefty 273 mg/dl to a less disturbing 177 mg/dl. In one trial, 106 massively obese patients lost an average of 141 pounds.

However, before you start cooking up rice and pouring Pixy Stix down your throat, read on.

If you want to lose weight, you must burn more calories than you consume. It’s called an energy deficit. That’s it. It’s just the CICO god at work. CICO stands for “calories in, calories out” and all evidence-based nutritional gurus worship at the alter of the CICO god.

In fact, a lot of people have done experiments to show just how powerful CICO really is, using themselves as guinea pigs. In 2010, Mark Haub, a professor of human nutrition, decided he’d undertake something dubbed “the convenience store diet” (sometimes known as the Twinkie diet). Every three hours or so, he’d smash a Twinkie. Or a Little Debbie’s snack cake, or some chips, or some cookies. He also included a protein shake and a can of green beans each day as well. You know, just so he wouldn’t die.

Ten weeks later he was down 27 pounds and had improved all of his significant health markers across the board. All he did was keep his daily caloric intake to about 1800 calories.

In 2017, a bruh by the name of Anthony Howard-Crow, who apparently got his shred on using nothing but McDonald’s for a while, decided he’d undergo another diet stunt, this time consuming nothing but ice cream, alcohol, and protein shakes. A hundred days later, he was down 32 pounds and all the important health markers had improved.

(How did their health markers improve? Probably because the bad stuff just hadn’t had time to show up yet, but also because losing fat – even in a dumb way – is better health-wise than carrying around a lot of excess fat.) 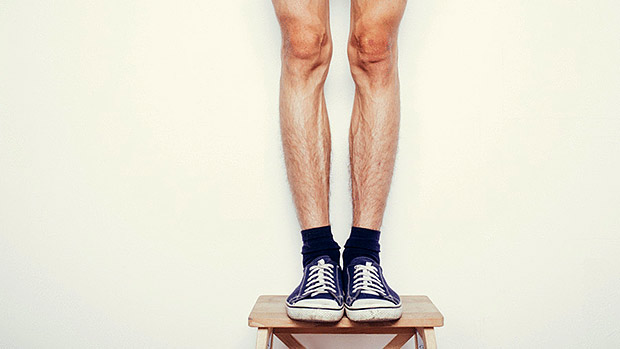 The point of these experiments was to “prove” that food selection is largely irrelevant. If you want to lose weight, then you simply need to adjust your caloric intake downwards and sustain that energy deficit until you achieve your desired weight loss.

This energy balance principle debunks the theory that hormones like insulin are responsible for weight gain, along with the notions spewed by dietary zealots who write trendy books blaming sugar, fat, or wheat as responsible for turning you into a rotund lard-ass.

You’re a rotund lard-ass because you stick too much of everything into that hole in your face, and there’s no magic diet out there that’s going to fix that particular problem.

But here’s where I need to draw a distinction. Maybe you’ve noticed that I’ve been using the term “weight loss.” People who are interested in getting jacked and tan want to lose body fat while they retain as much of their hard-earned muscle as possible. That’s the key to improving body composition, not “weight loss.”

Weight loss is something that’s measured on the scale. It doesn’t tell the person what that weight loss consisted of. Could be fat. Could be muscle. Quite often it’s a bit of both.

But here’s the thing. When we’re talking about shedding fat and retaining or even gaining lean muscle mass, then the whole CICO factor and “eat anything you want so long as you achieve an energy deficit,” isn’t the whole story. And it certainly isn’t the right answer.

Before we even get to that, let’s go back to talking about the demonic, misunderstood hormone that’s supposedly in possession of your ever-increasing waistline – insulin.

The main point, no doubt, went something like this…

“When you eat carbohydrates, your body secretes insulin. Insulin then stores those carbs as fat in the body. So if you cut out any and all forms of carbohydrates, then you won’t be releasing insulin and you’ll stop storing body fat. Once you stop eating carbs, your body will start using that fat for fuel. This will transform you from a great big ol’ fattie into a sexy fat burning machine.”

Usually there’s also something in there about how eating fat makes you burn fat too. I’m also possibly making it up that they called their readers great big ol’ fatties. But I digress.

The pancreas then secretes insulin so that these nutrients are transported into cells for storage or use. This happens every time you eat something. While insulin is directing nutrients into the cells, the fat burning mechanism gets turned off. Once insulin is done doing its job, though, fat burning can resume (assuming you’re in a caloric deficit and are using stored fat or glucose for energy).

Unless you don’t use it later. Or ever. Which is why you’re fat and you can’t blame insulin for making you that way. Nope. It’s the excess calories. Tough love is tough, but you can’t beat facts.

The Journal of the International Society of Sports Nutrition published a meta-study on popular diets regarding the insulin/obesity hypothesis:

“To date, no controlled, inpatient isocaloric diet comparison where protein is matched between groups has reported a clinically meaningful fat loss or thermic advantage to the lower-carbohydrate or ketogenic diet. The collective evidence in this vein invalidates the carbohydrate-insulin hypothesis of obesity.”

Let’s emphasize that point. The meta-analysis couldn’t find anything that linked obesity, or weight gain, to insulin. That means that whether you’re running a low-carb diet with higher fat intake, or a higher-carb diet with low fat intake, fat loss is basically the same (assuming calories and protein are matched).

Now let’s beat on the CICO crowd for a bit. 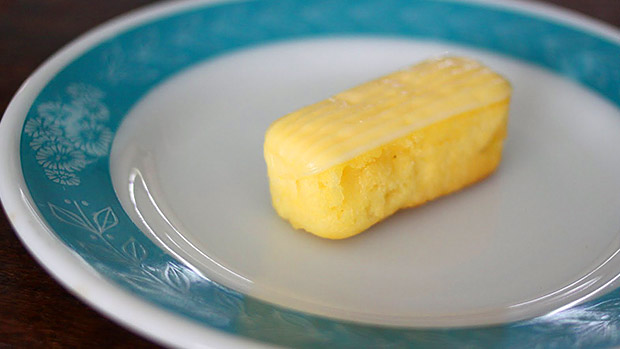 Where CICO Misses the Mark

We’ve established that an energy deficit overcomes any and all food selections when it comes to losing “weight.” Both the anecdotal and scientific evidence bear this out. But when it comes to improving body composition and not just moving the scale down, the CICO worshippers aren’t immune to making statements that are, for the most part, gross oversimplifications:

“When it comes to body composition, calories in versus calories out are far and away the most important factor.”

Let’s address that shit by referring to stunt dieter Anthony Howard-Crow’s diet experience. The CICO crowd heralded his story as more “proof” that food selection doesn’t matter, so long as you’re in a hypocaloric state, i.e., a calorie deficit. After all, he did lose 32 pounds in 100 days.

But if you dig a little further, you’ll find that he said it was the worst diet he ever tried. During the last month, he stopped going to the gym all together. He also acknowledged that a lot of the weight he lost was muscle.

Is this really a great example for the “calories are all that matter” crowd to tout as a win? I see it as a total loss. When it comes to the average everyday human who just wants the scale to move downwards and drop a few pant or dress sizes, then CICO truly is king. So long as he or she can find a dietary approach that’s sustainable, that’s all that matters.

A “Twinkie diet” would be pro-inflammatory, increase fatigue, reduce recovery, and impair gut function. You’d also need to have a lot of willpower because you’d be wracked with hunger and cravings. That’s why most people can’t lose weight on a “eat small amounts of junk food” diet. They eventually crash and binge.

At its most basic level, food is energy. And the quality of that food, and how well your body can digest and assimilate it, will determine the quality and quantity of energy provided by it.

The insulin-makes-you-fat crowd clearly doesn’t get it right, but the “calories are all that matter” crowd doesn’t either. Both deserve eye rolls, hard eye rolls.

So How Should I Diet?