The funny thing about beliefs or ideas is that once you have them, all subsequent conversation is dead or pointless.

Beliefs or ideas are closed-end systems that don't adapt, grow, or change. If you have any doubt about that, think about the last time you discussed the traditionally verboten topics of religion and/or politics.

No doubt your arguments, positions, and views suddenly caused your verbal opponent to fling up his arms and exclaim, "Zounds! You're right! Even a blind man could see it. How could I have been so stupid? "

But the same criticism probably applies to you, too. If you're locked into a system based on theories, judgments, explanations, and pronouncements, your arguments are going to be evangelical, manipulative, exploitive, or sneakily persuasive.

This ranks right up there with some of mankind's biggest problems. We lack the critical thinking skills to discount personal opinion, prejudice, and anecdote in favor of evidence. Furthermore, we habitually seek info only from sources that confirm our preconceptions or beliefs.

Want proof? Well, for one, roughly 39% of Americans think astrology is scientific. I could cite dozens of similar examples, but no doubt I'd hit on one or many ideas or beliefs that you hold sacrosanct, which would cause you to stop reading and quickly seek out some source to agree with your comfortable mindset, which is sort of the mental equivalent of sucking your thumb.

On the other hand, if you have a scientific attitude or process towards things, it allows you to observe and record real-life experiences and record findings so you can use questions and reason to understand all the meanings, causes, and effects of any topic.

The core of a scientific attitude is that it allows you to change your mind when you're faced with info that conflicts with your views. Contrast this with the average mindset that praises individuals who don't change their minds for anything as being "strong."

We'd do well to adopt a different approach.

Let's explore how all this applies to dietary beliefs as they're something that likely interests the vast majority of T Nation readers, especially since it's an area rife with beliefs, theories, and ideas and remarkably short on facts or experiential evidence.

If you're an adult it's likely that you've at one time or another invited someone over for dinner, and if you live anywhere but certain rural areas of Montana or some equally Bumphuckish area through which such dietary drivel has yet to percolate, you're forced to consider if any of your guests practice any one or more of the following dietary restrictions: gluten free, vegan, sugar free, low fat, low sodium, no carb, non dairy, soy, soyless, meatless, wheatless, paleo, macrobiotic, probiotic, antioxidant, non-GM, sustainable, organic, local, raw, or, I don't know, food that wasn't prepared by women who haven't, in Bible speak, known a man.

It's enough to make you call off the dinner and mainline a Twinkie with added gluten that was deep-fried in bacon fat.

Where did all these restrictions come from? It makes you wonder if, in this increasingly secular world, people have replaced some of the tenets of religions with food restriction. Many of the eating styles above are linked to some sort of ethos or morality that extols virtues rather than any real or perceived health benefits.

"It's an alternative way of finding an identity in a place where identity is increasingly uncertain," said Richard Wilk, who directs the doctoral program in food studies at Indiana University. "So much of our lives are completely out of our control. You can go to college and not get a job. You can do an internship and not get a job. The economy takes some new tact every 15 minutes."

Maybe that helps explain the legions of facebookers who post pictures of nearly everything they eat, perhaps as proof they're more nutritionally pious than their friends. They remind me of the albino guy in The DaVinci Code who keeps whipping himself, but instead of whipping themselves with a cat o' nine tails, they're mortifying themselves with organically-grown asparagus.

Or perhaps some of these restrictions are just another type of eating disorder. 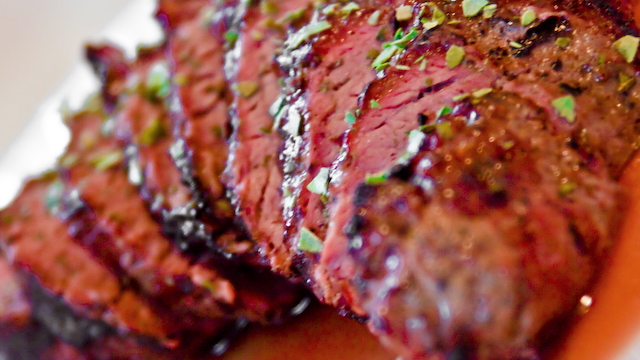 Dr. Alessio Fasano, director of the Center for Celiac Research at the University of Maryland School of Medicine, estimates that a scant 1% of the population suffers form celiac disease, which is a disease characterized by damage to the lining of the small intestine and caused by a sensitivity to gluten, a wheat protein.

Fasano also estimates that approximately 6% of Americans have some degree of sensitivity to gluten.

However, according to the marketing firm NPD, some 25% of Americans – and the percentage seems to be increasing markedly from week to week – are working towards reducing or cutting gluten from their diets. They're under the impression that gluten is bad for everyone.

People now proudly assert, "I'm gluten free," as it's become a sign of enlightened eating, practiced by a fervent band of celebrity advocates.

I've written about gluten before, maybe rode that horse too often for your tastes, but I see evidence every day that more and more people are drinking the gluten-free Kool Aid and I feel it's my goddam civic duty to keep hammering on the topic until we can all look at it with a scientific attitude instead of a belief-based system.

So what's the source of gluten-free and other restrictive diets?

Dr. Stacey Rosenfeld, a psychologist who specializes in eating disorders, is one of those that believes that using medical or pseudo medical rationale for restrictive diets is often just a cover-up for disordered eating. "Nobody wants to be called out on an eating disorder or obsessive eating, " she says, "so anything they can do to hide it, they will."

Obviously, a lot of people – approximately 1 out of a 100 – have celiac disease, which is a serious disease and is anything but an eating disorder, but when 25% of the population is suddenly avoiding gluten, it begs to be examined through a psychological lens.

Maybe we should explore the Paleo diet a bit, too, as it generally goes hand-in-hand with the gluten-free trend. The Paleo diet was first popularized in the 1970's by gastroenterologist Walter Voegtlin and it's based on the premise that human genetics hasn't changed much since Paleolithic times and as such we'd best eat the type of foods that were available 10,000 years ago, which rules out wheat and anything in the Jimmy Dean line of fine foods.

If you follow the Paleo diet, you'll presumably be largely free of the "diseases of affluence," like obesity and diabetes.

Critics of the diet counter that if Paleolithic people were free of these diseases, it's because they didn't live very long and they didn't eat many calories, thus ensuring that they wouldn't develop any of the modern-day scourges.

One might also argue that just because a Paleo population adapted to eating certain foods doesn't mean that it thrived on those same foods. Living to an average age of 30 isn't a powerful testament to the effectiveness of a diet (and yes, I saw Quest for Fire with a naked Rae Dawn Chong, so I know there were plenty of ways to die back then that had nothing to do with diet).

Consider the cacti I raise in my back yard. They evolved to be drought and heat tolerant, as witnessed by the scraggly specimens often seen in desert environs, but they thrive when I water them regularly and slightly limit sun and heat exposure. We're obviously not cacti, but nature provides plenty of similar examples.

And while I know human evolution has slowed or even stopped (because there really aren't any accidental human mutations which allow one to thrive and compete for mates more successfully than others – science and medicine have pretty much given most an equal chance to survive and mate), bacterial evolution is occurring constantly at a mind-boggling pace.

Consider that humans have roughly 18,000 genes while the roughly 3,000 types of bacteria that reside in our mouth and gut and on our skin and elsewhere collectively have some 3 million genes. These bacteria swap genes promiscuously from generation to generation, forming a kind of bacterial "pangenome" of continuously circulating genes.

These bacteria are, in varying degrees, responsible for human digestion, overall health, brain chemistry, and even, if you believe recent research on mice that eat yogurt, the size of testicles. Now, given that these bacteria evolve so readily, it's quite easy to believe that they readily evolve to help us digest any foodstuff we habitually eat, and it's easy to believe they've been there all along, helping us digest and safely assimilate both Paleo and non-Paleo foods alike, including gluten.

However, maybe those people who are truly gluten sensitive suffer from a poor or inadequate population of bacteria in the gut, one that maybe could be eliminated or ameliorated by eating probiotic foods. At the very least, it's an idea worth exploring. 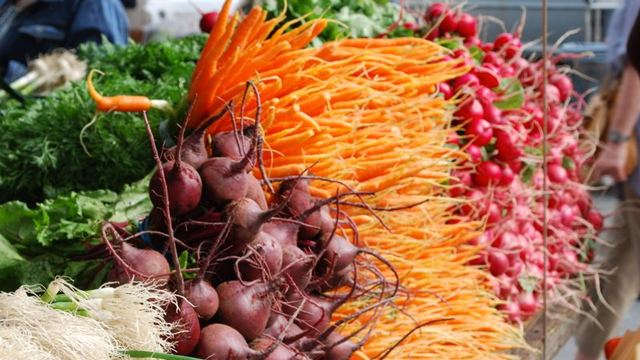 A Call for Reason

Good scientists understand that many if not most scientific theories of bygone eras eventually prove to be wrong, so much so that we have to assume that so, too, will many of today's theories prove to be wrong.

Over and over again, one generation's truths prove to be the next generation's falsehoods. It happens so often, that we might as well have a pessimistic view of everything, or better yet, adopt a scientific attitude where we observe and record real-life experience and record findings so you can use questions and reason to understand all the meanings, causes, and effects of any topic, and in this case, those that concern diet.

In the case of restriction diets that are truly based on the need to feel better, a scientific approach would be to undergo an elimination-diet test where foods that are suspected of causing symptoms are removed from the diet for several weeks without altering any other test condition – and then re-introduced one at a time while checking for signs of a reaction. The test should then be repeated to help eliminate coincidence or serendipity or any other possible interfering factor.

Other restrictive diets, those that are based on whim, an unrealistic belief in their ability to transform the body, or some odd ethos, should be explored with calm, rational, scientific thinking free of bias...if you're mentally strong enough to do it.

Most importantly, we need to be able to change our minds when we're faced with ideas that conflict with our views.