The Truth About Exogenous Ketones

Ketones are all the rage among low carbers. And like most things in nutrition and performance, we've found a way to get them in supplement form so we don't have to do any actual work.

What are ketones? They're a byproduct of ketosis caused by the process of converting fat to fuel. Your body makes them when it's in a calorie or carb restricted state. What do they do? The body and brain can use them as fuel without the presence of glucose in the blood.

And now, you can take ketone supplements (salts and esters), known as exogenous ketones, without actually restricting anything. According to those promoting this nasty-tasting supplement, that means you can have a brain and body fuelled by ketones, along with all of the supposed health benefits that come with running on fat. Well, don't fall for it.

The problem with ketone supplementation (EXOgenous) is that it's not even close to the same thing as being in ketosis (ENDOgenous ketone production). And just like the butter-blended-into-coffee trend, it's a farce.

Ketones may be depressing dieters' hunger and giving them a hit of energy and cognitive enhancement, but it's INHIBITING their ability to burn fat, providing zero nourishment, and doing nothing for their metabolic health. There's an assortment of evidence suggesting that it's probably making things worse.

Think of exogenous ketones kind of like alcohol. When they're consumed, everything is stored and nothing else is burned. So any lipolysis (fat burning) that would be taking place is halted; any glucose and fatty acids in your blood that were circulating are stored; and the ingested ketones are burned until there aren't any left. 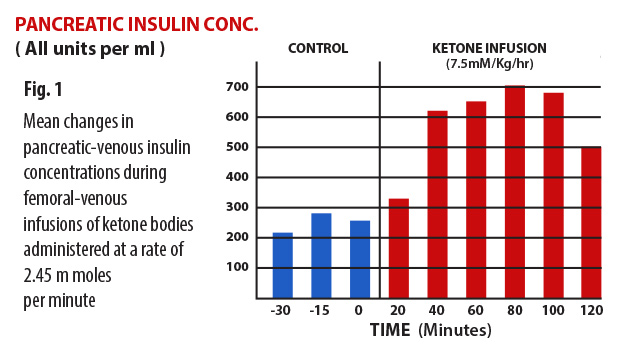 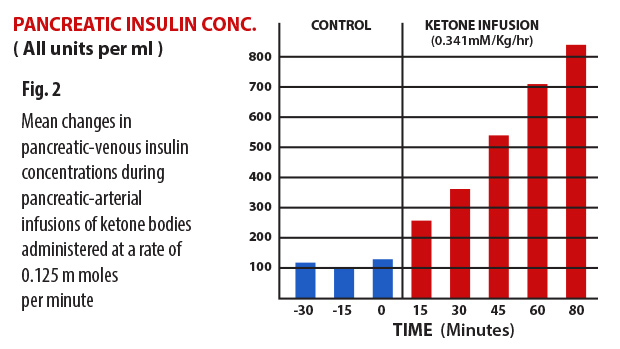 Figure 1-2: The data demonstrate that the pancreatic beta cells respond to hyperketonemia, induced by infusions of β-hydroxybutyrate and acetoacetate, with an increased rate of insulin secretion that is immediate in onset and significant in amount.

Most people restricting carbs, or intermittent fasting to get into ketosis, are doing it to burn fat and get lean. So it's counterproductive to ingest ketones that will inhibit that process. Especially when we have brain boosters like caffeine that will enhance it.

And remember, the process of creating ketones in the body requires energy, while ingesting exogenous ketones requires none. If fat loss is the goal, why wouldn't you want your body to do the work of producing its own energy source (ketones)?

There is one viable explanation for consuming ketones. If you're in a calorie or carb-restricted state, then maybe during a workout it would make sense. But even then, that really only applies to endurance activities, since it has more to do with enhancing aerobic performance (where oxygen is required), than it does with enhancing high-intensity efforts (where it's not).

The lifter is relying on glycogen (not fat), and his or her workout is already enhancing the ketotic-state, so it seems the creatine (fuels ATP-PC) and carb-cycling (fuels glycolysis) they're already doing makes a lot more sense than the ketones (fuels oxidation).

For those who are already lean and choose to fast or diet for long-term health, it's a bit of a different story. Although the question becomes: Will exogenous ketones do more for you than endogenous ketones?

Some think so because higher ketone levels imply increased fuel for the brain and heart (that prefer ketones), and increased protection against inflammation and oxidation. But are the health benefits coming from the ketones themselves, or are they coming from the state you have to put your body in to actually produce them? And if you're kicking yourself out of ketosis by ingesting ketones would you still get the same benefits?

The answer to both questions is no. The following benefits of ketosis aren't attributable to ketones:

And that's before getting into the fact that adding ketones to a mixed diet creates an energy surplus, and non-glucose utilizing state, which doesn't bode well for cancer prevention since it seems to have more to do with energy and glucose deprivation, fatty-acid utilization, and healthy mitochondria.

Likewise, insulin sensitivity and cardiometabolic health are improved drastically during nutritional ketosis, while supplemental ketones have no impact here other than supplying an alternative fuel source to glucose and potentially reducing inflammation.

The Good, Bad, and Ugly

It's not all bad when it comes to exogenous ketones. For anyone with Parkinson's, Alzheimer's, epilepsy, ALS, Huntington's, brain cancer or any other degenerative neurological condition, they might be life-changing.

But suggesting individuals already fasting, restricting calories, or cutting carbs will get anything other than a brain buzz is misleading. And to serve up exogenous ketones to an obese, insulin-resistant general population with promises of fat-burning and disease prevention is potentially damaging.

Sure, it might suppress hunger and give a damaged brain a useable fuel source, but what happens when pre-diabetic Pete starts adding ketones to his glucose-rich blood? Or anaerobic Andy continues reloading with the same amount of carbs post-workout even though the liver glycogen he normally burns during his sessions is now suppressed?

Ketones may be a better source of fuel than glucose, and a far better beverage than Fruitopia, but it's a question of whether or not you can spare the extra fuel. Because just like adding sugar to a diet, it's like pressing pause on the fat burning process since the body preferentially burns it for fuel. Adding ketones to the diet does the same thing.

And if you know your science, then what that extra dose of ketones leads to is glycation, oxidation, and conversion to fat for the metabolically deranged majority, and elevated insulin because of excess energy in the bloodstream.

Fix your diet and get into actual ketosis if that's your goal. But again, that would require your body to do some actual work.