Dave Tate has been monster huge and freakishly lean. (Now he's both.) Since he knows both sides of the struggle it makes sense that he's the most vocal and opinionated expert on all things food related. (Earlier this year, he told me to pour olive oil all over a large pizza and eat one every night, and that if I couldn't stomach it I was a "fucking wuss.")

I got on the phone with him recently—while he was eating no less—to pick his brain about the old bodybuilding tradition of bulking and cutting.

It comes down to calories in versus calories out. If you're having a hard time gaining weight you need a number to shoot for. So let's figure that out quickly. I like John Romaniello's calorie formula for figuring out maintenance levels. It's easy. And I'm all about easy.

(Editor's Note: Here's Roman's formula for those who missed it last week.)

Using that formula, let's say you figured out you need 2,200 calories just to maintain your bodyweight. Well, let's bump that number up by, I don't know, 600 to 1,000 calories. That's the average you need to hit every single day.

A big mistake a lot of guys make is they'll eat big for three days and then go back to eating like they normally do for a few days. If you figure out the average calories for that week then it's not higher than it was the week before—it's just staggered into different days. That's not going to make a difference at all. So you gotta eat big consistently. 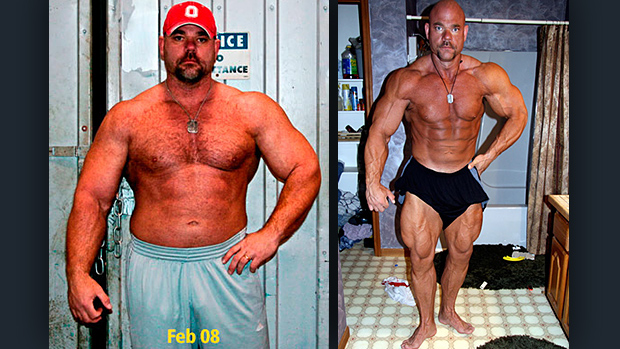 For the most part, guys enjoy weightlifting more than cardio. So let's do 15-20 sets per larger body part and 10-15 for smaller muscle groups. I want everything in the 8-12 rep range. The goal is to not lose muscle. Let's face it: you're not going to gain any muscle while you're cutting. If you claim you can then you're either selling an e-book or you're full of shit. 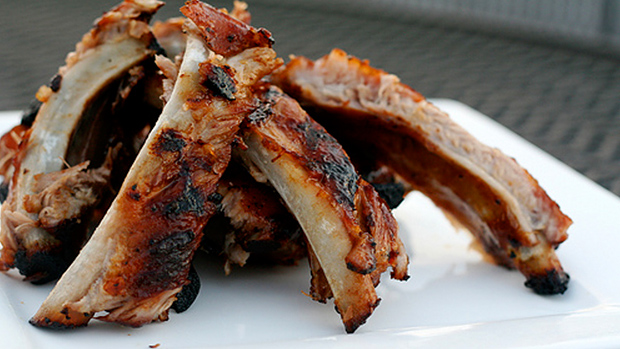 You ever go out with a bunch of people for dinner when you're dieting? Isn't that a fucked up situation?

Let's say you're at a table with seven people and everyone's ordering their food. You're at the end so you're ordering last. They're getting ribs, chicken strips, spaghetti, and whatever. No one in the group cares what they're ordering. The conversation stays the same. Then it comes to you and your first question is, "How do you prepare your chicken breasts?"

People start looking at you.

Then you order two plain chicken breasts with a side of broccoli with no butter or seasoning. The waiter writes it down and off he goes to the kitchen. Now everyone's looking at you like you're a freak.

They didn't care that your other friend was eating ribs. They didn't say shit when the guy ordered his chicken strips. So how is your meal selection any different? It blows my mind.

And you're thinking, really? Here I am at Outback Steakhouse ordering two plain chicken breasts and broccoli – which is gonna cost me 40 bucks by the way – and it's easy? This is something I want to do? You think I want to sit here and watch you fuckers eat wings and ribs? I'm here for your company, not to give you dieting tips you're not gonna listen to.

And the same shit happens when you're bulking, too.

Let's say you're at the same restaurant. They order their food. Then it comes to you and you get three racks of ribs and two sweet potatoes. They say, "Holy shit, do you eat like that all the time? I wish I had that kind of metabolism!"

And you want to say, do you seriously think I want to sit here and eat 36 fucking ribs? Do you think this is going to be pleasant for me?

Three-quarters of the way through the meal you're sweating with napkins piled by your plate, the bones are stacked and are the size of the Eiffel tower. There's a heartbeat in your stomach. Then you finish eating and they say, "Well, I guess you're going to order dessert now."

All you're thinking about is how the hell you're going to get back to the car. Then you get to go home an hour later and make a fucking shake before bed. Then wake up the next day and do it all over again for however long it takes.

That's why there's so few people who are doing this shit and why it helps to be around people with similar goals. They understand. It's a rare breed, man.

Yeah, you can stay in the middle, take some supplements here and there, take time off for whatever reason, change your program every other week and stay absolutely the same as you are now.

Some companies have been ripping you off by selling protein supplements spiked with cheap fillers passed off as real protein. Here's how to avoid the scam.
Dietary Myth Busting, Nutrition & Supplements, Performance Proteins, Protein
TC Luoma September 22
Thanksgiving was a fatty, sugary good time. I've never been one to do the old "modified recipe" thing when it comes to traditional holidays. Mashed potatoes and gravy, eggnog, pumpkin pie – it's all good to me.
Feeding the Ideal Body, Nutrition & Supplements
Lonnie Lowery, PhD December 19 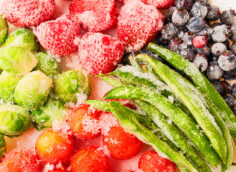 Your fresh produce isn't that fresh and could be lacking nutrients. So are frozen vegetables healthy? What about fruits? Here's the science.
Dietary Myth Busting, Nutrition & Supplements, Super Health
TC Luoma July 30