It's fashionable these days to appear concerned about what is currently interpreted as "inequality." Inequality can be accurately defined as any diversity in the outcomes of any human endeavor deemed to be the potential subject of an op-ed piece in the New York Times, the Washington Post, or Yahoo News.

As such, what I'm about to say will be ignored by these outlets, both because it appears to promote inequality (even though it does no such thing), and because it's based on a logical analysis that cannot actually be made the subject of opinion.

A recent article details the important difference between the physical performance potential of men and women, and explains its physiological basis. It has not been refuted.

Briefly, men and women display disparate levels of neuromuscular efficiency, based upon sexual differences in hormonal milieu, their divergent physical development under differing hormonal environments, and the very real limitations this physiological divergence imposes upon us. This is merely biology, and it's true whether we like it or not.

This last part is tough: we can't really do anything about the reality of this situation except to 1) deny that it exists, or 2) deny that it is important. Well, it exists, just as surely as there is men's and women's tennis, golf, basketball, soccer, and every other sport. And it most assuredly as hell is important, especially when the outcome of ignoring it becomes more important that merely winning or losing a game. Combat is the most important "sport" undertaken by human beings, and the same reasoning must apply, or losing becomes very costly.

Getting yourself and other people killed should also not be the unintended consequence of politically-motivated employment policy. Once again: IF the job has quantifiable physical requirements, THEN the job should have quantifiable hiring criteria based on objectively assessed levels of required physical performance. 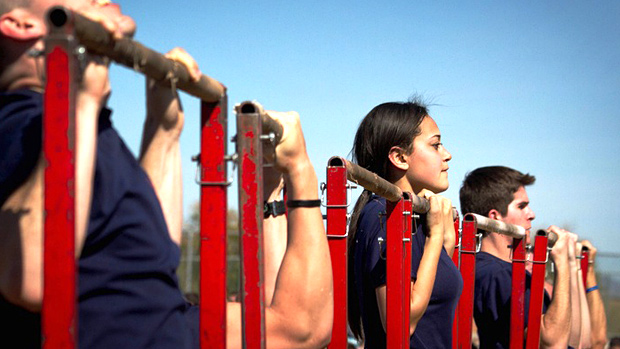 Any time a job's physical testing parameters have been altered to determine anything other than the most successful objective physical performance of that job, the job's ultimate successful outcome has become secondary to the hiring agenda. Or the job wasn't really important anyway – the mere appearance of importance has become the primary concern, along with a couple of interesting agenda items.

"Equality," and yet at the same time "diversity" (the old Orwellian term "doublethink" applies here: Good news! Your salary has been increased from $4000 to $3500!) have become the primary concern within some military organizations. The most important thing in the world is diversity, even when some of those super-valuable differences mean an un-equal ability to perform.

Some examples are obvious. When compared to men in the same unit, women in infantry and special forces ground combat roles cannot physically perform to the same standard required by an objective assessment of the physical performance necessary for all members of the unit. This is especially true if the enemy is composed of male fighters who might be willing to take advantage of any opportunities handed to them.

There will be, of course, individual (and primarily hypothetical) women who can operate at the same physical capacity required of men in combat. But not many. Recent experience has demonstrated that lower performance levels and higher injury rates in integrated units are the normal outcome. This isn't surprising to even a partially objective observer.

Now, it may be determined that an all-female unit is a viable entity on the battlefield. That way, apples are being compared to apples. "Diversity" is promoted across the service, while at the same time eliminating the problems of sexual diversity within a unit, and equality is preserved. If we, as a society, are prepared to deal with the consequences of the potential defeat of an all-female unit under our flag and our command, fine. That's a separate question.

Conversely, we may determine that not all members of an integrated unit must be able to do all of the physical tasks the members of the unit might be called upon to perform under battlefield circumstances. For example, women never ever have to carry the machine gun. That's the rule, dammit, and it just doesn't matter what's actually necessary right now, because of diversity.

But if all members of a unit might realistically be subjected to the same equal physical conditions in a combat situation, then we can't be prepared to integrate people into that unit who don't meet the same objective physical performance standard. Doing so will get people killed who might otherwise not be dead.

Thorny social interaction topics aside (assuming they can really be ignored – they can't, but that's a different essay), male/female integrated battlefield combat units are inherently less efficient in a hot combat situation. That might be fine for people sufficiently cynical to advance Human Resources objectives over battlefield outcomes. But that makes me uncomfortable. I hope it makes you uncomfortable too.

IF physical standards are lowered so that more women can be included in ground combat infantry and special forces (and even law enforcement and as firefighters) THEN fools and knaves have been allowed to make the decisions. 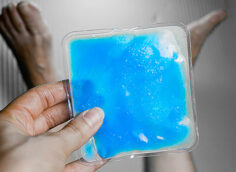