I'm going to take a wild guess that you're spending a lot more time sitting around the house lately. Sure, what else is there to do?

The restaurants are mostly closed, except for the ones that set up special cordoned-off seating areas on the street where you risk becoming a bulldog ornament on a semi that took the corner a little too quickly.

Bars and nightclubs are off-limits, too, and your friends, Donny and Squee, have taken naturally to social distancing because it gives them an excuse to spend 20 hours a day in front of a gaming console instead of the normal 12.

If you're lucky, though, you're still managing to get in your workouts, either at home or even at the gym, the latter if you remembered to set your alarm to 4AM so you could be one of the ten people allowed to share the floor at the same time.

Still, you're probably doing lots and lots of sitting. Given all that time spent on our butts, it's made me wonder about the possible effects of all that inactivity.

Would it affect heart health over the long run? How about our asses? Would they flatten out like a ham-stuffed calzone? Or might all those long, immobile hours spent in front of this screen or that screen somehow affect our athletic ability or our subsequent performance in the gym?

Since there's pretty much nothing else to do, I dug into all of that stuff, starting with long periods of sitting and athletic performance. Serendipitously, a new study just came out that addressed exactly that topic.

They Even Wheeled Them to the Toilet

You probably don't need or want to know too many of the particulars of this study, so I'll just give you the pertinent stuff. Thirty participants were broken up into three "conditions":

All test subjects were non-smokers who habitually participated in resistance training and aerobic training, and when I say they sat, I mean they sat. If they had to use the bathroom during the 5-hour sitting period, they actually were wheeled over in movable chairs like geriatric patients. Try asking someone in your family to do that for you. Ungrateful bastards.

Anyhow, after sitting, subjects from both the walking group and the BFR plus TEMS group were all required to complete the same incremental exercise test on a bicycle ergometer.

They were also required to complete three vertical jumps to see if sitting impacted explosive leg power. Subjects performed the jumps before sitting, directly after sitting, and after cessation of the exercise test on the ergometer.

In normal times, these findings might be especially useful to competitive athletes who, while traveling to a competition site, have to endure long periods of sitting on a plane or bus, but times aren't normal. Almost all of us are spending more time on our keisters so this study might give us some small comfort, too, by letting us know that sitting around for several hours before a workout might not be as bad as we might have feared.

However, we might be overlooking one crucial difference between the conditions laid out in this study and our own present circumstances.

So What's the Problem?

While there aren't any studies that have looked at that specific condition, we can at least make some assumptions based on studies of inactivity in general. Long periods of inactivity almost always lead to reduced insulin resistance.

That's the serious stuff. Less serious repercussions include the possible development of "gluteal amnesia" where your glutes forget how to fire, the long-term effect of which is a flat ass with a sorry, hangdog droop when forced to face the world without supportive underwear.

So What's the Solution?

It would take some serious testing to determine if your blood vessels are becoming inelastic or whether you're gradually becoming more insulin resistant (beyond noting whether or not your waistline is expanding).

Testing glute functionality is a bit easier. T Nation contributor Dr. John Rusin says you should be able to stand on either leg with your eyes closed for 60 seconds. If you can't, and instead stumble and hit your head on a coffee table, your glutes are deep in the throes of amnesia.

In any case, you should try to take a break from sitting every hour. A 2013 study published in the American Journal of Nutrition reported a 39% improvement in glucose levels and a 26% decrease in insulin when subjects took 18 short (1 minute, 40 seconds) treadmill walks throughout the day.

Surprisingly, the intermittent exercisers in this experiment had significantly better results than subjects who exercised in single, 30-minute sessions every day.

Adding in 18 exercise or movement breaks during the day is probably too much to ask or even remember to do, but take heed of the lesson in general. Move when possible. A simple solution is to have your smartphone alert you every 60 minutes, whereupon you get up and do 10 to 20 bodyweight squats.

This should maintain glucose sensitivity, endothelial pliability, athletic performance, and even glute functionality.

How to lose the flab while maintaining all your hard-earned muscle and strength.
Fat Loss Training, Training
Nick Tumminello November 23
An interview with Stuart McGill
It Hurts Fix It, Training
Marc Demers July 18 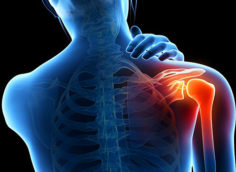