Deload or back-off weeks are used by strength athletes to promote recovery and accelerate progress. Basically, the idea is to still train but go lighter, lower the volume, or use different exercises. But I don't like deload weeks. Most people don't know how to deload anyway. As a result, they basically waste a week of training.

The root of the problem is that words have power. When people do a "deload," in their minds it means taking it easy for a week. And in a way, it is. But most people end up actually reducing their training too much or reducing the wrong variable.

The outcome? If you deload every fourth week, you're basically spending 25 percent of your workouts not stimulating anything. A deload should allow you to recover, but it should also have an impact on progress outside of simply recovering and surcompensating.

Let's say that you vary your training in some regard every fifth week (after a 4-week block). Well, that first week you might not be able to hit it hard because you're working the kinks out of the new plan. Often when you start a new program, the first week is always the worst one of the training block.

So let's say that you deload on the last week of a block and have so-so training on the first week of the next block. Now you have 50% of your training weeks that are suboptimal.

Why not take advantage of the fact that the first week of a new plan will likely be less effective? "Deload" on that week instead of on the last week of each block.

Now it becomes an "introduction week." Use a lower level of demands to get used to the new program and perfect each session. You'll recover from the previous block while also easing into the next block.

Now you aren't wasting anything! You'll also finish every block strong, leaving you in a much more positive mindset than finishing a block on an "easy week." 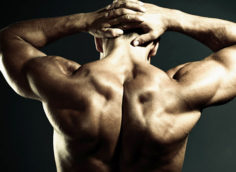