Bodybuilding historians often refer to the 1960's and 1970's as bodybuilding's "Golden Age," an homage to the then popularity of the sport and the iconic physiques that represented it.

While the bodybuilders winning contests today are certainly bigger leaner, and dryer, few would argue that they actually "look" better, at least from a purely aesthetic point of view.

Modern day bodybuilding has in some ways become a quest for extremes: jaw-dropping mass, razor-hard conditioning, or freak show bodyparts, all in an attempt to stand out from the other two dozen or so behemoths crowding the stage.

But back in the day, bodybuilders each had a certain "look" that eventually became their calling card: Frank Zane's lean aesthetics, Franco Columbu's compact mass, and Robbie Robinson's legendary symmetry. To achieve their specific look, bodybuilders would train differently, eat differently, and even pose differently.

It was an idealistic, painstaking approach that created physiques as unique as the men that forged them, and none was more impressive or had a greater effect on me than the great Serge Nubret.

You might remember Serge Nubret as the imposing black bodybuilder with the incredible pecs in Pumping Iron that comes within a whisker of "taking" the title from then-five time Mr. Olympia, Arnold Schwarzenegger. 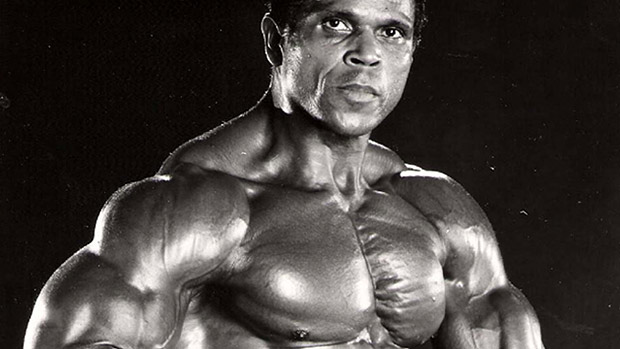 Known for his incredible ab development and near-flawless conditioning, Serge never once counted calories, watched his macros, or dieted in any fashion. In interviews, he stated that he always ate simply what he felt he needed and that was it.

Even before competitions, Serge didn't believe in special dieting. He said he'd just train harder, sometimes up to five hours a day, six days a week. This also allowed him to stay near his competition weight year round, something very rare in today's bodybuilding world.

Nevertheless, 'overtrainaphobes' will wonder how he could train so much? How was it possible?

Was it simply due to pharmaceutical help? Not likely – Serge said he'd never even heard of performance enhancing drugs until he'd already built his winning physique. (He started training in 1958 and lived on a small island.)

I argue that the secret to Nubret's success lies in some of his training philosophies. The good news is, while you can't steal his DNA, many of these philosophies are applicable to natural trainees today.

Serge's training was unique, from the split he followed down to the rest periods he used and weight lifted. His goal was always to get as much of a pump in the target muscle as possible using an extended time under tension and low rest.

For example, Serge always did 6 or more sets of 12 reps, using a weight for the first set he could likely lift for 20 reps. He also never went to true failure on any set and focused on keeping the pump throughout the workout. Using such a high volume combined with low rest periods meant he never went very heavy, something many bodybuilders' egos won't allow.

Furthermore, in terms of recovery, it meant his training didn't put nearly as much stress on his central nervous system as doing even just a few sets to failure. This shortened his overall recovery time, allowing him to train more often.

I've used Serge's program in the past and made exceptional gains. I put on five pounds of muscle in just four weeks while dropping my waist half an inch, from 28.5 inches to 28 inches.

Best of all, my joints felt great, I never felt as if I was overtraining, and I always had plenty of energy. Since continuing with his light weight, low-rest philosophy my waist is down to 27.5 inches at near 200 pounds.

However, as stated, the legends in bodybuilding all trained differently and got great results, so what worked for Serge and me may not work for you. You'll just have to try it out and see.

Fortunately, jumping into training five hours a day as Serge did later in his career isn't necessary (not to mention borderline crazy).

Here's a basic layout Serge himself often recommended to young bodybuilders right before he died. This is what I started with and since adapted as I got more accustomed to it.

Workout A: Quadriceps and Chest

Wait at least 15 minutes and move onto chest. If possible do them later in the day.

Workout B: Back and Hamstrings

Wait at least 15 minutes and move onto hamstrings. If possible do them later in the day.

Wait at least 15 minutes and move onto arms. If possible do them later in the day.

Perform both pairings above as a superset (no rest interval).

Serge trained his calves with workouts B and C using both seated and standing calf raises. One day he'd use light weights, the other day he'd go heavier.

Serge trained his abs once a day, every day. Immediately after waking, he would perform 2000 – yes Dr. McGill, two thousand – sit-ups. The sheer volume of the sit-ups is also the only form of "cardio" he ever performed.

Lifters wishing to follow his path should take note that Serge recommended starting with as many sit ups as you could perform in one set and then stopping for the day.

So if you can only do 30 reps, stop there instead of doing 5 sets of 30. Just get that one set in and improve every day. According to Serge, it took around a year for him to reach 2000 a day.

Applying His Techniques In Your Training

Serge rested between 30 seconds to one minute between upper body exercises and between one to two minutes on lower body exercises. Occasionally, he would start paring down rest periods by 15 seconds every two weeks to get more work in during a shorter amount of time.

Furthermore, if you can't handle training six days a week, try the routine with 3 days on and one off. Many of my clients and friends still achieved great results this way. It looks like this:

Even if this type of training isn't something that you'd do personally, consider this article a dedication to a true legend of the sport of bodybuilding.

Although Mr. Nubret left us on April 19th, 2011, his legend and knowledge will live forever in those who were lucky enough to meet him or learn how he trained.

This stretch helps with just about everything. It even helps you activate and train your glutes more effectively.
Mobility, Tips, Training
Eirik Sandvik May 3 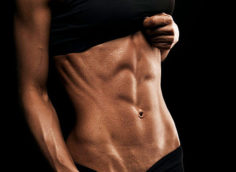 Weird name for a weird-looking (but effective) exercise. Do this one while no one is looking!
Training
Gareth Sapstead December 13

A fresh look at a very old way to get big and strong. If you feel like you leave the gym not having worked hard enough, this method is for you.
Bodybuilding, Powerlifting & Strength, Training
Todd Bumgardner May 15