Take a Seat for More Gains

Direct hamstring work is essential whether you’re trying to build size, improve performance, or reduce injury risk. And the leg curl is what most people do to target it.

While most of the hamstrings can be targeted with hip extension moves like the deadlift, total hamstring development requires knee flexion, like from a ham curl. But not all of these exercises are equal.

Let’s think about the musculature here for a second. Because the biceps femoris short head doesn’t cross the hip, the hip position involved with a knee flexion exercise (like a hamstring curl) will not influence its response to training, but it’ll affect three other hamstring muscle bellies.

The semitendinosus, semimembranosus, and biceps femoris long head cross both the hip and knee joints and are biarticular muscles. The monoarticular biceps femoris short head exclusively crosses the knee joint and can only be trained via knee flexion (17). 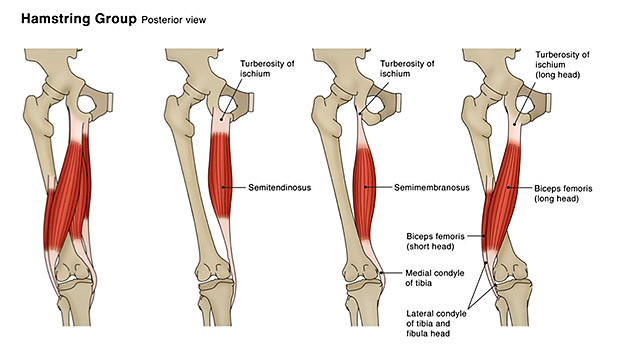 The Science of Tension

We’re about to geek-out pretty deeply here so put on your anatomy and physiology thinking cap… or just skip to the next section.

Tension is a primary determinant in the magnitude of hypertrophy and strength enhancement induced by resistance training, so proper exercise selection should strive to maximize the tension experienced by the target muscle fibers (15).

Each functional unit of a muscle fiber, known as a sarcomere, contains thin actin filaments and thick myosin filaments. The degree of overlap between actin and myosin determines how much active force can be produced by a sarcomere. And actin-myosin overlap is a function of sarcomere length.

As a sarcomere is elongated beyond an intermediate length, passive tension develops from titin – a spring-like protein named for its immense size – being stretched (5). 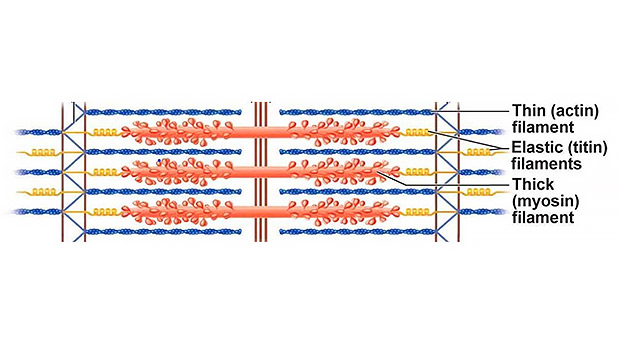 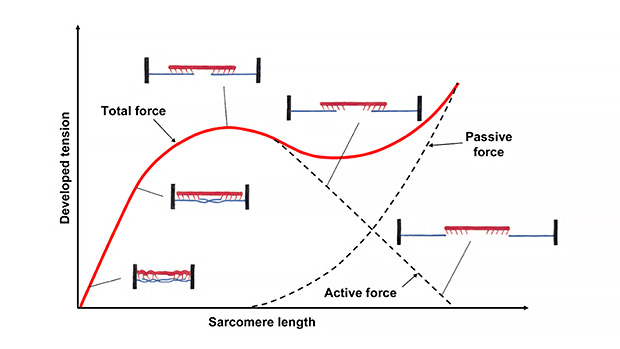 Repeatedly exposing muscle fibers to this peak tension while lengthening may induce stretch-mediated hypertrophy, therefore facilitating a greater amount of muscle growth than could be produced by training at shorter lengths (10).

The Best Curl for the Job

Because the biarticular hamstrings are both hip extensors and knee flexors, a position of simultaneous hip flexion and knee extension is required to train them at long muscle lengths where total tension can be maximized.

Think of the position you’re in with seated ham curls. Yep, your hips are flexed and your knees extend and bend.

In a lying or standing leg curl – where the hip is nearly in a neutral position – the biarticular hamstrings operate at moderate to short muscle lengths, where passive tension is minimal.

At the end of their concentric phases when maximal knee flexion is reached, the biarticular hamstrings are shortened at both the hip and knee joints. When shortened at both joints, the capacity of a biarticular muscle to produce active force may become impaired. This phenomenon, termed active insufficiency, results from reduced actin-myosin overlap within the shortened muscle’s sarcomeres (14). 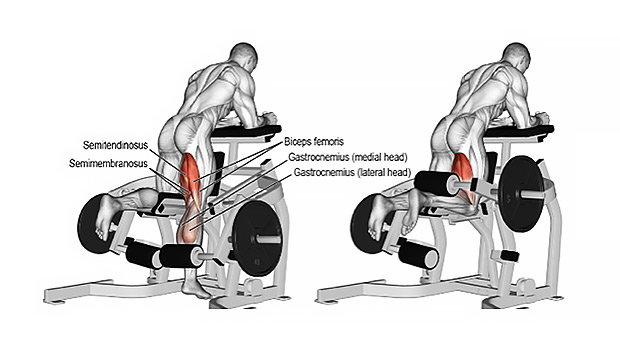 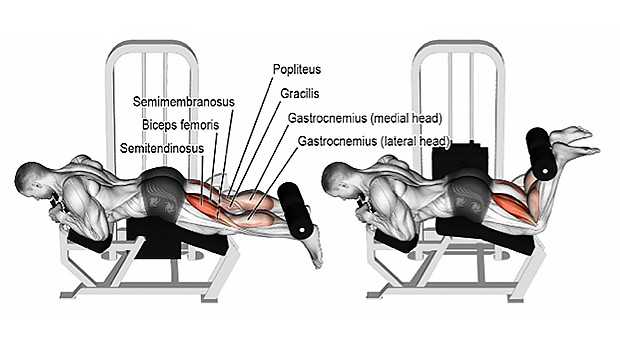 Alternatively, in a seated leg curl, the flexed hip position allows the biarticular hamstrings to operate at moderate to very long muscle lengths where passive tension can be developed and total tension can be maximized.

Research has demonstrated this by finding peak knee flexion torque to be significantly greater in a seated compared to lying position (2,4,8,11,19,20). Over time, exposing your hamstrings to this greater magnitude of tension with the seated leg curl can yield greater gains in size and strength than could otherwise be achieved with the lying or standing leg curl.

The seated ham curl group experienced an increase in peak eccentric knee flexion torque that was approximately 39% greater than the supine group (3). 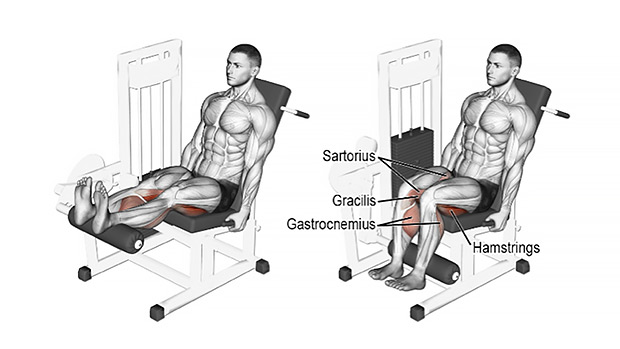 A Place for the Other Curls

Now, this doesn’t mean you should avoid lying and standing leg curls. Both from a psychological and injury risk reduction perspective, exercise variety is beneficial.

Sure, do lying, standing, and seated leg curls. The variety is important for a complete long-term resistance training program, but it would be advantageous to do the seated leg curl MOST often.

The key is to invest the majority of your training time into exercise variants which yield the greatest returns.