The posterior chain is the most influential muscle group in the body. The glutes, hamstrings, and lower back tremendously affect your athletic prowess: they’re the prime movers of forward propulsion.

With such a huge role in performance, we can’t take programming for the posterior chain lightly.

Let’s categorize the key exercises. Having a variety from all categories intermixed in a training program is what we’re after.

This is the direction of force being applied on the body. We have two choices: axial or anteroposterior.

These are used as strength builders, the foundation on which a solid lower half will be built. All other lifts are used to boost these lifts, which provide the biggest bang for the buck. 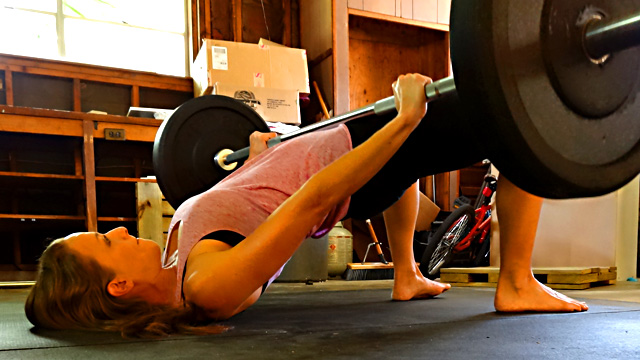 These are used to build work capacity, General Physical Preparedness, injury-resistance, and hypertrophy:

The exercises I’m calling “hip extension” have higher knee flexion and bring the glutes toward the center of mass. Those that involve “hip hinges” are what we typically call hinging – folding in half with relatively low knee flexion.

Now, I might have left your favorite exercise off this list – I can hear the reverse-hyper and kettlebell swing outcry now – but I’m not making this exhaustive, and I’m not excluding knee-dominant movements such as squats and lunges.

Rather, this is a condensed listing of the exercises with which I’ve found considerable success.

One Leg or Two?

If you’re crunched for time and want to get your strength and size up faster, consider using more bilateral exercises. While one-legged movements are great for mobility and restoring muscle balance, they’re also time consuming and typically require lesser loads because of decreased stability.

While there’s a need for unilateral work, I don’t feel comfortable with the overall time under tension if I program them too often. We want to see big changes in your backside as fast as possible, and that requires a higher percentage of bilateral movements.

Why The “Or” In The Axial Category?

Each of the axial exercises has two alternatives, one higher stress and one lower. This is almost entirely related to the lever length, since these are all hip-hinge exercises. Choose the variation of the movement that better suits your unique body, technical proficiency, and injury history.

If you’re one of the folks with a tricky lower back, you should look at anteroposterior exercises. They’re almost all very low-stress on the lumbar spine, which is a double-edged sword. Low-stress is somewhat synonymous with low-stimulus, so don’t expect big back growth doing pull-throughs and hip thrusts.

However, the gains you’ll make in your glute and hamstring strength will still be worth it, especially in the lockout of your deadlift and the hole of your squat.

While I like exercises that provide more bang for the buck, remember that our focus is on the posterior chain, and anteroposterior exercises give tremendous glute and hamstring activity compared to their axial counterparts.

In a good morning, the fulcrum is at the hip and the weight at the shoulders, making for a class-3 lever with a very long lever arm. Long lever means higher forces acting to bend the back, which is why the good morning will build a thick, strong back.

With the RDL the weight stays along the shins, thus shortening the lever arm, and significantly decreasing the associated forces on the back. This makes the RDL a better choice for those who are untrained or have pain resisting or going into lumbar and thoracic flexion.

The way the body moves in these two exercises is almost identical. The key difference is the lever arm and thus the stress placement.

This again comes down to lever arms and stresses. Even though the bar stays close to the shins, the very high loads used in the deadlift pull the shoulders down to the ground in much the same way as the good morning, even though the load itself is near the body. This increases stress on the back, which is a great training stimulus, unless you have back problems.

Because of the neutral hand placement and generally more upright posture of the trap-bar deadlift, stresses on the lower back are lower. Taller individuals tolerate this lift much better.

Piecing Together The Program

The goal is to get exercises from all categories so that you’re increasing both your size and strength by hitting your body from different angles and movements, all while increasing work capacity and GPP.

Start With The Whole Week

The more workouts per week, the more posterior chain exercises you can and should be doing. I don’t advocate being in the gym for more than 50-60 minutes, so if we’re going to jack-up the volume you’ll probably need more workouts.

I’m going to give you a 4-day split and a 6-day split. The posterior chain can be trained in high volumes over a given week as long as you’re sensible about exercise choice.

Let’s begin by figuring out how many total sets you’ll be doing, and what ratio of posterior chain to everything else you want.

If you’re really concerned with the strength of your posterior chain, it’s probably for one of two reasons:

For either of these reasons we won’t do a truly segregated upper/lower split. Rather, we’re going to train the posterior chain every single day, at least to a degree.

I’ve included in this template examples of exercises I’d place among the posterior chain choices to fill out a balanced workout program using couplets and triplets for active rest. This includes the following six movements:

* 25 minutes cycling through with minimal rest between exercises 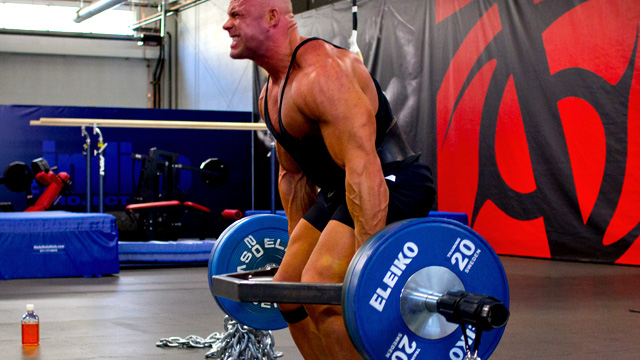 The primary lifts are the ones that are going to affect strength, athletic performance, and squat and deadlift poundages the most. For this reason, we keep the sets high and reps low.

Primary axial exercises are performed only once per week each, whereas the primary anteroposterior lifts are each performed twice – once in a strength rep range and once in a hypertrophy rep range.

The accessory lifts are used classically: moderate sets in hypertrophy rep ranges. The exception is the hamstring-based hip extensions, which should be used with low or no added weight at higher (15-20) reps.

These increase work capacity and are used for prehab and recovery from the higher stress exercises. These exercises are designed to increased hamstring strength to help bolster your glute-ham raise.

Making It Your Own

Understand that this is a template of what works really well for my athletes. If you prefer a different exercise in a given category, substitute as you see fit.

Not everyone is well-suited for certain exercises like the deadlift, good morning, or glute-ham raise, so make it your own rather than try to fit a square peg into a round hole.

The posterior chain will make or break an athlete or lifter, so be sure you’ve got all your bases covered. A solid mix of axial and anteroposterior movements with hypertrophy, strength, and prehab based exercises will leave you feeling big, strong, and healthy in all the right places.