The first year of consistently hitting the weights is such a fantastical time. The body can defy space, time, and physics by doing some really weird things. Like losing fat while gaining muscle at a rapid pace… all the while being in a caloric deficit. It happens. And it’s awesome.

The current body of science estimates that in the first month or so, the novice can gain about 2.2 pounds of muscle from lifting. Each month thereafter the gains start slowing down and within a year, the rate of muscle gain becomes a proverbial sloth crawl.

Over three decades of experience has shown me that the greatest bulk of muscle mass someone is going to gain naturally will be accomplished in the first 5 years of training. After that, you’re going to be busting hump each year for a few ounces here or there.

To narrow that down even further, I believe that within the first 24 months of lifting, about 90% of the muscle you’ll ever build has been accomplished. I’m absolutely positive that someone will read that and boast about how they gained thirty more pounds from year three to year whatever, conveniently ignoring the fact that fatceps measurements do not, and will not ever, count.

No one cares about your 19 inch arms when you’re over 22% body fat, bro. Lots of guys go on fat-boy bulking cycles, packing on layers of blubber and then convince themselves that most of that upwards scale movement was pure muscle mass. Reality check: it wasn’t.

If you’re a noob, milking that first 24-month period with an intelligent approach to training and nutrition is paramount to creating the foundation of strength, muscle, and body composition you’ll be working from for the rest of your training life.

There’s a right way to use that 24 months, and a wrong way. Here’s your list of do’s and don’ts. 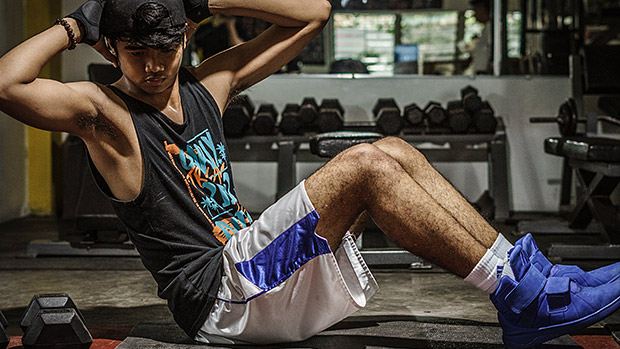 Perfecting your movement mechanics is a bit like personal development. It’s more or less a never-ending journey. Talk to any advanced lifter worth his weight on the bar and you’ll hear how he’s constantly working to perfect his squat, deadlift, or press mechanics.

Also, it’s important to learn it correctly the first time. Unlearning a movement pattern that you’ve spent years drilling under the bar can be an arduous process. Whatever it is you’re teaching yourself early on tends to be what you gravitate back to even years later.

Finding a good coach who can correct and make adjustments in your technique for the first few months of training is priceless. And if you can’t hire one, don’t be in a hurry to slap on more plates at the expense of creating sound movement patterning. “Technique before tonnage” should be the backbone of your training principles, and one you never waver from.

DO focus on progressive overload.

After you’ve spent enough time finding a groove with your movement selections, you can then proceed to slap on some extra dinner plates, i.e. progressive overload. This should be your go-to goal for the first couple of years of training.

If you view both muscle mass and strength on an ascending scale, then you’re literally as far away from your potential in both as you’ll ever be as a beginner. Think of it like this: Because you’re so weak and puny when you begin, progressive overload is going to give you the most bang for your buck in terms of strength and mass development.

There’s some congruence between what you’re capable of lifting and the rate of muscle mass that will be accumulated. This is why advanced lifters who are trying to eek out those ounces of muscle mass are doing themselves a disservice by prioritizing it.

Let’s say an advanced lifter is squatting 500 x 10 and works up to 525 x 10 over the course of the year. Tons of grueling training sessions and consistently dipping into the realm of injury potential exist within said workouts. The advanced lifter has basically added a little more than 5% to his squat. Yes, he’ll have gained some muscle in his legs by achieving this, however the degree of it doesn’t really make the juice worth the squeeze.

I’m not suggesting that advanced lifters abandon progressive overload all together. I’m saying that noobs stand to benefit significantly more from prioritizing it.

DO stick with the basics, but supplement with machines.

If you spend some time scouring the internet, you’re going to be inundated with the advice to “use compound free weight movements.” And for good reason. Exercises like squats, bench presses, rows, dips, chins, and deadlifts will cover virtually every muscle in the body. It’s good training economy.

An intelligent approach for a beginner would be to build his training program with the following movements as the foundation:

But don’t scoff on the use of machine work either. Machines have their place in an intelligent training program for the novice as well. Machines have virtually no learning curve because, well, they’re machines and their patterning is already fixed for you. Because of welding and shit.

This means that you can just hop on and go to town on the progressive overload stuff. Machine selection should be chosen around the basis that it fills in the gaps in terms of musculature so that you’ve got a leg up on weak points and injury prevention.

These machines and movements are good additions:

Your noob program doesn’t have to contain every single movement listed here. This is just a good starting point to build around.

DO use an upper-body, lower-body training split.

There’s a reason why virtually every advanced lifter on the planet uses what’s termed a bro-split: chest day, back day, leg day, etc. At some point you’re going to need to break things up in order to keep training time down.

An advanced lifter that’s capable of moving some decent poundage would be in the gym for hours if he tried to smash in squats, deads, bench presses, and all the bells and whistles on top of it. Not to mention he’d be hard-pressed to recover from such workouts.

But you’re a noob, so you don’t need all the warm-up sets, extended set methods, and the longer rest time between the big sets. And because you’re super weak and puny, it’s basically impossible to overrun your recovery.

With that said, I’m actually not a fan of the whole body three-days-a-week splits that are so common in novice programs. Research has shown us that hitting a muscle group twice a week appears to be the sweet spot for growth, and that anything more becomes a diminishing returns issue.

The good old upper-lower split is a solid choice for beginners because, despite the fact that recovery isn’t a big issue, it does allow for more time and attention to be put into volumizing the big stuff.

Here’s an example of how your week would look:

And here’s an example of what each session would look like:

DO eat in accordance with your current body composition.

“Should I bulk or cut?” Beginners ask this question more than any other on the net.

Here’s the answer: You shouldn’t be “bulking” until you’re below 10% body fat. Period. And at no point should you ever get above 15%.

In fact, 15% is pushing it. And I don’t care how much muscle you’re packing, if you look like you’d bleed chocolate pudding if you suffered a gaping wound then you’re just a fatty. Adipose is both estrogenic and pro-inflammatory. Both work against you for building muscle.

If you’re so skinny you could dress for Halloween as a thermometer, then carbs and five to six meals a day should become your best friend.

Let’s go over some basics since nutrition is the most confusing factor in all of this:

Now let’s talk about the don’ts. 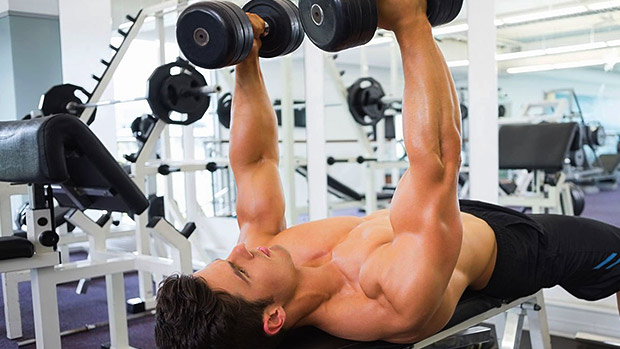 DON’T use intensity and set-extending techniques.

These are for intermediate and advanced programs. You’re a noob. Focusing on progressive overload and breaking rep PRs will absolutely be enough for you to keep growing for quite some time. You don’t need to add drop sets, rest/pause, forced reps, or any other set-extending intensity technique. In fact, that’ll work against you later.

The reason set extending techniques are dubbed “advanced” is because it’s the ace card in your training deck. Once you start doing them, the body eventually adapts to them, and their growth-producing effects become diminished.

If you’re a beginner and using these, then yes, you’ll see growth from them. But what happens later when you hit a wall and your body has already adapted to this kind of stimulus? You don’t have anything new to draw from.

Stick to progressive overload for as long as possible, and save the advanced stuff for after the first two years… potentially even after the five year mark. There’s literally no reason for the novice to be doing these things.

I get this one more often than I’d care to admit: “Hi, Paul. Been lifting for about a year now. What brand of belt, knee wraps, jock strap, mouth guard, and gyno-lotrimin do you recommend for someone like me?”

You can skip the belt, knee wraps, jock strap, and mouth guard. But go ahead and pick up some Monistat 7 for asking that question, noob.

Some people might quip that I’m being mean or dismissive by writing that, but come on. If you’re a bro, and there’s a novice female in the gym out-squatting you by fifty pounds wearing gaucho pants, a belt and knee wraps aren’t the answer to cure your training woes.

To be fair about training accessories, finding the right training shoe is pretty important. A good pair of shoes to squat in is actually about the only thing you need to worry about. I squatted in the gym and competition wearing Adidas Sambas. Some guys like Chuck’s. Others like a heel-elevated shoe. Here’s the thing though: no one can tell you which one of these are best for you. You actually have to try them out and pick a pair based on your ideal squatting mechanics.

Trial and error suck, I know. It’s so much easier for a stranger on the internet to talk about what’s best for your feet. Because they would know. That’s sarcasm in case you don’t speak that language.

This is often the reason why so many guys end up program-hopping. They see some guy make faster gains than they are and believe that he stumbled upon the Leprechaun of Gains in a forest who gave him a magical routine that he isn’t sharing with anyone else.

The law of individuality will always be the dominant factor in why some guys grow like weeds, and some guys will struggle forever to gain muscle mass or drop body fat. Genetics will forever and always be the ultimate equalizer when it comes to strength and physique development. Yes, even when anabolics are brought into the equation.

I don’t mean to sound like a pin on Pinterest, but DO YOU. If you’re consistent in your efforts inside the gym and the kitchen then your goal will eventually come to fruition.

Lift the weights, eat the right foods, develop that champion caliber mindset. The rest will eventually take care of itself.