Five minutes before my interview with Dave Tate a new Facebook status update pings onto my screen.

"Getting ready for an interview with Nate Green. I'm LMAO right now at some of the items on my list. Random and insane!"

Tate, it seems, is a social media junkie. He posts messages on Twitter and Facebook upwards of ten times per day. What's he talk about?

That's why I interview Tate a little differently than most other contributors. There are no real questions or timeline. We just get on the phone and talk.

And that's when the most interesting shit I've ever heard comes out of his mouth. 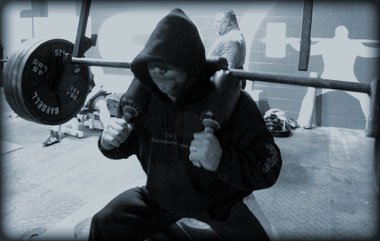 There was a time at the Old Westside gym where I couldn't gain weight to save my fucking life.

There was this dude who trained there who could just put on weight like fucking magic. He'd go from 198 to 308 and then to 275 and back down to 198. And he was never fat. It was amazing.

I finally asked him one day how he did it.

"You mean I never told you the secret to gaining weight? Come outside and I'll fill you in."

Now remember, we're at Westside Barbell. And this guy wants to go outside to talk so no one else can hear. Think about that for a minute. What the hell is he going to tell me? This must be some serious shit if we have to go outside, I thought.

So we get outside and he starts talking.

"For breakfast you need to eat four of those breakfast sandwiches from McDonalds. I don't care which ones you get, but make sure to get four. Order four hash browns, too. Now grab two packs of mayonnaise and put them on the hash browns and then slip them into the sandwiches. Squish that shit down and eat. That's your breakfast."

At this point I'm thinking this guy is nuts. But he's completely serious.

"For lunch you're gonna eat Chinese food. Now I don't want you eating that crappy stuff. You wanna get the stuff with MSG. None of that non-MSG bullshit. I don't care what you eat but you have to sit down and eat for at least 45 minutes straight. You can't let go of the fork. Eat until your eyes swell up and become slits and you start to look like the woman behind the counter."

"For dinner you're gonna order an extra-large pizza with everything on it. Literally everything. If you don't like sardines, don't put 'em on, but anything else that you like you have to load it on there. After you pay the delivery guy, I want you to take the pie to your coffee table, open that fucker up, and grab a bottle of oil. It can be olive oil, canola oil, whatever. Anything but motor oil. And I want you to pour that shit over the pie until half of the bottle is gone. Just soak the shit out of it."

"Now before you lay into it, I want you to sit on your couch and just stare at that fucker. I want you to understand that that pizza right there is keeping you from your goals."

This guy is in a zen-like state when he's talking about this.

"Now you're on the clock," he continues. "After 20 minutes your brain is going to tell you you're full. Don't listen to that shit. You have to try and eat as much of the pizza as you can before that 20-minute mark. Double up pieces if you have to. I'm telling you now, you're going to get three or four pieces in and you're gonna want to quit. You fucking can't quit. You have to sit on that couch until every piece is done.

And if you can't finish it, don't you ever come back to me and tell me you can't gain weight. 'Cause I'm gonna tell you that you don't give a fuck about getting bigger and you don't care how much you lift!"

Did I do it? Hell yeah. Started the next day and did it for two months. Went from 260 pounds to 297 pounds. And I didn't get much fatter. One of the hardest things I've ever done in my life, though.

I hang up the phone with Tate, grab a glass of water, and refresh my Facebook page.

Instantly, another update from Tate pings onto my screen.

"Spent close to 90 minutes speaking with Nate Green for a new T Nation interview. This will be a good one." 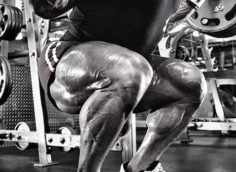 If you could only choose one exercise to train your core, it should be the single-arm plank.
Abs, Exercise Coaching, Tips
Joel Seedman, PhD March 4

There are three training mechanisms that contribute to building muscle. You need to use all of them to grow. Here's how.
Bodybuilding, Training
Travis Pollen April 1