I've got my share of vices. For instance, I like to run naked through fields of wheat. (That's fair warning in case we go on a road trip together.) As far as the other vices, there's only one that's germane to this article. It's Coke with a capital C, as in Coca-Cola. Diet Coca-Cola.

I know full well all the reasons I shouldn't drink it, but there are so many "sinful" things I avoid, can't I just have this one little dietary transgression?

While you mull that over, let me tell you why Coke is the subject of this article. I've long known that some competitive bicyclists like to drink flattened cola drinks during races for some perceived energy boost.

It's a strategy I sometimes employ too before working out, a least when I'm out of Spike®, only with me it's Diet Coke, and I don't bother letting it go flat because a little case of the burpies certainly isn't going to affect my weight lifting. Besides, they often add a little zest to my Valsalva maneuvers.

However, I wasn't aware of any actual research on whether Coke (or cola beverages in general), regular or diet, truly has any ergogenic benefits. Until now.

A team of scientists, writing in the European Journal of Applied Physiology, assessed the ergogenic effects of different flattened cola drinks on performance in competitive cyclists.

They also determined whether the ergogenic effects, if any, were a result of the caffeine or the sugar. It turned out that Coke, or more precisely, cola drinks, really are ergogenic, which is kind of like finding out that chocolate donuts make you lose weight.

That's surprising enough, but the answer to what it was that provides a kick to the padded spandex shorts is what was really eye-opening.

What They Did and What They Found

Each cyclist completed 45 minutes of a "constant power bout" at 69% of their maximum workload, during which time they consumed a total of 16 ml/kg (divvied up into four drinks) of flattened decaf diet cola (the placebo), caffeinated diet cola (diet cola), and cola containing caffeine and sugar (regular cola). 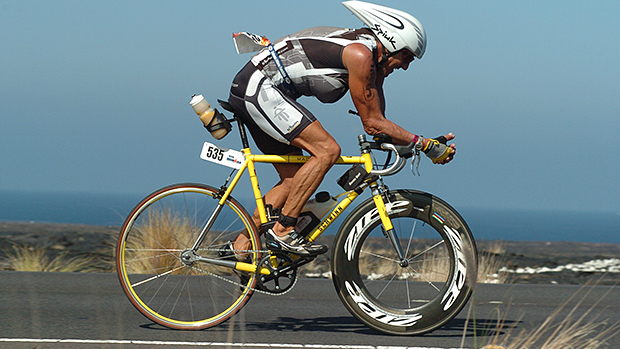 A Little Duck Snort of Coffee

What their findings suggest is that it was the caffeine that provided all the ergogenic assistance; that sugar didn't do squat.

Regardless of the cause, the researchers concluded the following:

"We provide evidence supporting the consumption of commercially available cola for high-intensity cycling in competitive cyclists."

Now, you have to admit that it's a bit surprising that the sugar (pure, rapidly assimilated carbohydrate) in the colas didn't provide any additional ergogenic benefits in the form of temporary energy.

However, there might be another factor at play: diet colas generally contain more caffeine than regular colas. An 8-ounce serving of the former has about 32 mg. of caffeine compared to the latter's 25 mg.

So, assuming a cyclist weighs about 150 pounds, and based on the described dosage of 16 ml of cola per kilogram of body weight, the diet cola cyclists ingested about 144 mg. of caffeine, compared to the 112 mg. ingested by the regular, full-caf, full-sugar cola drinkers.

Could a difference of just 32 mg. of caffeine have "made up" for the lack of sugar so that both drinks provided roughly the same amount of ergogenic aid? Maybe if the cyclists were "caffeine naïve," but there's nothing in the study that I saw to indicate they were.

Of course, both 112 mg. and 144 mg. of caffeine are only a little duck snort of caffeine, especially when you consider that an equivalent amount of coffee would provide approximately 428 mg of caffeine.

Could there be something else in the cola that's helping increase performance?

Maybe. Let's look at another study, one that probably escaped the notice of the current researchers.

A Kick in the Kola Nuts

If you tease the results apart, you see that it apparently wasn't just the caffeine that provided coffee's oomph. Somehow, the coffee and the caffeine worked together to make the athletes stronger, and even coffee without any caffeine worked almost as well as regular coffee. If that weren't the case, the water plus caffeine would work as well as caffeinated coffee.

The answer might be in the polyphenols contained in coffee. It appears, in the Richardson study at least, that these plant chemicals are somehow improving performance, which brings me back to the colas.

The original formula of Coca-Cola contained actual kola nuts, which, in addition to caffeine, are filled with epicatechins, D-catechins, tannic acids, and probably a ton of other polyphenols.

Unfortunately, the Coca-Cola Company stopped using kola nut extracts in its Coke in 2016. Regardless, Coke contains a whole mess of other ingredients, some of which are unknown to all but a few people (and not two, who, as legend claims, never travel on the same airplane together).

Many ingredients, however, are known. A 2015 study identified at least 58 aroma compounds in common colas, among them vanilla, cinnamon, nutmeg, orange and lemon essential oils, and probably coriander and neroli oil.

Am I suggesting that these tiny amounts of cola polyphenols might act like the polyphenols in coffee and confer ergogenic aid? It's possible. Take a look at vanilla, for instance. It alone contains a vast array of polyphenols, with some 200 volatile constituents.

It's just peculiar that the cola study showed an increase in performance, given the small amount of caffeine involved. The X factor could be the polyphenols, which are inherent to both coffee and cola (although much less so in the latter). Of course, I could just be nuts.

Anyhow, it seems that cola drinks, regular or diet, provide some sort of mild performance enhancement, at least as far as high-intensity work is concerned. Maybe we should just leave it at that. 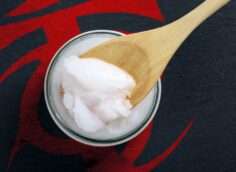