I've been brought back to the basics of solid–one might even say "manly"–nutrition too many times lately for it not to affect my writing. To begin with, there was that conversation with Coach Davies. Then there were two starkly contrasting nutrition counseling sessions: one with a tough old cardiac patient at the hospital, the other with a naïve college bodybuilder that I met at the local university "outreach program." And finally there was the semi-annual analysis of my own dietary intake.

Ready for some tales on common sense eating and virility? Read on.

It's worth starting with John Davies. Whether you agree or disagree with his various editorial stances, I think it does us all some good to be exposed to his writings on virility and honor in this era that often lacks substance. The evening we spoke, Davies was offering his thoughts on the simplicity of eating well. "Just sitting around the table with family or friends and talking over dinner is a forgotten endeavor," he said. "This kind of thing slows people down and leads to more well-rounded meals."

A good point. The physiological benefits of a slowed pace of eating are advantageous to those managing their weight. Talking shop or just about the day's events while sitting at the dinner table gives us time for the old "duodenal reflex" to kick-in and tell us we're full. Despite vastly different lifestyles, goals and schedules, people nowadays could indeed benefit from something this basic.

As the conversation turned to some long-forgotten weight control substances called vegetables, I found myself relating a story about the cardiac patient I met at the hospital.

This guy was authentic. (To protect his privacy, I'll alter some facts but you'll get the idea.) He was in his mid-seventies, with gnarled musculature and coarse, wild salt-and-pepper hair that made him look like the grizzly super hero, Wolverine. He'd lived on three continents and been in more than two wars. Despite his sturdy look, he was a former marathoner. With no hint of fear in his eyes he told me in a matter-of-fact tone, "I only want to live long enough for my investments to mature so I can give the money to my boys."

His recollection of his life-long eating habits sounded equally robust: "In my day, we ate meat, potatoes, and vegetables three times a day...and you know what? We were strong, fit, and healthy." Sure, he'd been admitted for a cardiac condition; sure there was room for improvement in this guy's diet specific to his condition, but part of me admired this man's thinking. Not only was he unwittingly following the classic "plate portioning technique" (more or less), but he stayed strong by way of aggressive, purposeful exertion. (Did you know that in its infancy, exercise physiology was actually called "work physiology"?)

Modern approaches to physical fitness like a 20-minute drive across town to walk on a treadmill would've been laughable to him. His entire adventurous life seemed like something we younger guys might want to emulate in this new millennium.

The risk of losing this kind of "manly simplicity" in the next generation of bodybuilders is illustrated by yet another encounter I had at the local university...

As the twenty-year-old guy handed me his diet record, he smiled and enthusiastically said "I'm really into lifting; I'm trying to get big." I grinned back and said, "I can identify with that," as I began entering his intake into the analysis program. His difficulties in adding muscular weight were immediately apparent. First, there were a grand total of six entries on his food record. You read right: six total entries for the day, not six full meals. Second, and just as distressing, his intake was fully HALF from supplements: Nitro- this and cell technology- that. Ugh, what a "powdered" existence. I wondered what "Wolverine" back at the hospital, would say to this naïve young man.

Without divulging specifics, let's just summarize this encounter by saying that I recommended "a little less mixing and more chewing." I hope he follows through with those initial improvements we discussed. I sympathize with the difficulties of eating properly toward one's physique goals on campus (check out Steve Berardi's article on this) but I also realize how common it is to forget whole, unprocessed foods in today's nutty, rushed and pre-packaged environment.

Supplements do have their place but that place is atop a "pyramid" of FOOD. Alas, if you could only see what I've seen during those late-night calculations in the lab. If you could only witness first-hand those head-to-head comparisons in say, protein synthesis rates, between a few hundred extra kcal per day versus the latest exciting herb or even the cell-volumizing effect of creatine. Oh well; like mom used to say: "Lonnie, you can talk until you're blue in the face but some things in life must be lived-through before the light bulb flickers on."

Surely, not everyone is as naïve as our campus neophyte, but for those who are: I'll be waiting for you at the other end of your journey, when you come full-circle. I hope your "bonehead nutrition" days are briefer than mine were.

And finally, what about my own diet analysis?

Honestly, my current diet makes me look more like a "tree hugger" (albeit an over-sized one) than a typical bodybuilder. And you know what? Things that used to be almost non-existent like fiber and phytochemicals are in abundance. Variety is through the roof. What a mistake it was all those years to pick six or eight foods that I perceived as "correct" and exercise unbounded but blind discipline in consuming them copiously and exclusively.

Yep, my current diet is far smarter and I'm much larger thanks to my (finally) self-applied education. I'm certainly one to practice what I preach; there's far more chewing than mixing, drinking, and tablet-popping in my life these days. Sure, I still like my protein supplements (like Grow! in my morning oats), and I'll occasionally break out some caffeine or Power Drive before a brutal squat session, but I keep these things in perspective. Eating a wide variety (and amount) of foods bought "along the edge of the grocery store" seems less exciting than some dietary supplement until you see how big and hard you're getting. It's all about learning to "eat like a man."

And a final note for you femi-nazis out there... If you find these stories sexist, consider that the largest professional nutrition group in the world is 98% female and repeatedly launches initiatives on calcium, soy, pregnancy, lactation, iron, and portion control. These things are generally more relevant and appealing to women than to men. I'm simply adding a rare male perspective on healthy eating here. And I'm unapologetic regarding gender differences; why must they be considered sexist or somehow bad? I think I speak for most members of the T-Nation in saying thank God for those differences.

In the end, you don't have to be a hyper-androgenic Wolverine or Coach Davies to appreciate the virtues contained in these stories. A robust, active life that recognizes the health and physique benefits of plentiful, whole foods is the cornerstone of the forgotten art that I call eating like a man.

The fitness magazines are full of them. The bodybuilding rags are full of them. Even T-Nation is full of them: articles about how to lose fat and discover your abs. What's missing? Simple: Info on how to stay that way once you've reached your goal.
Feeding the Ideal Body, Nutrition & Supplements
Chris Shugart November 10 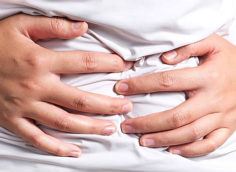