Looking back at bodybuilding history, you often see advice like this: "The quads need higher reps than other muscle groups, like 15-20 or more to grow."

But somewhere this old rule got lost. Maybe it's the "go heavy or go home" mindset, which has its place but kills the benefits of time under tension. Or maybe it's because sport coaches write most of the training articles and books these days, and they don't care too much about quads that split your blue jeans apart, only strength and function.

Or maybe it's more simple than that. Maybe it's because high-rep quad work burns more than anything else. Most lifters would much rather pile on the plates and do single-digit reps. That hurts, but it's a different kind of pain and strain. But 20 reps of an exercise that targets the quads, taken to failure or close to it? That's some soul-grinding, hypertrophy-inducing pain.

Pick an exercise that mainly hits the quads. Let's just use a leg press as an example.

Another option: Forget counting reps and grind for two minutes straight. You'll figure out the best weight to use after a practice run or two, so put away the percentage of 1RM charts. 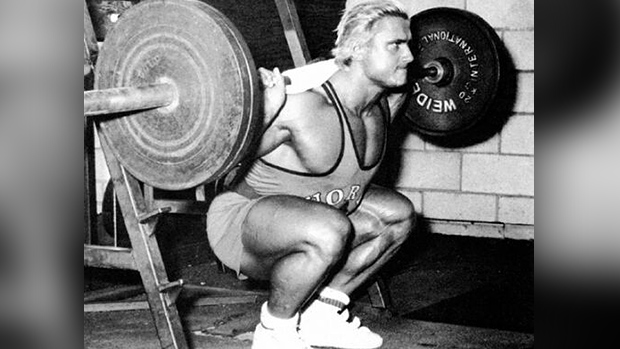 Now, this doesn't mean to only do high reps. Just don't forget about them. And it doesn't mean you can't eventually work up to some heavy weights for higher reps. Remember bodybuilder Tom Platz squatting 350 pounds for around 50 reps? Or when he'd put 225 on the bar and squat for 10 minutes without stopping?

Yeah, me neither, but he did it and he had the freakiest quads in bodybuilding history. Maybe he was on to something. 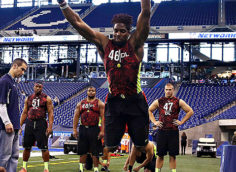 It's not just for athletes. Here's why and how to do it.
Athletic Performance, Bodybuilding, Tips, Training
Eric Bach February 21 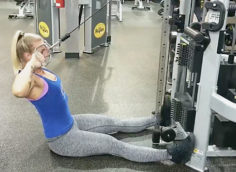 Nail your rear delts with this face pull variation. If rear delts are a weak point, start your workouts with several sets of 12-15 reps.
Back, Exercise Coaching, Shoulders, Tips
Bronwen Blunt May 15

Build muscle as fast as humanly possible — week after week — until you see a body in the mirror that you barely recognize.
Exercise Programs
Christian Thibaudeau April 24

A scientist decides to squat heavy for 100 days in a row to see what happens. What he discovered will change your ideas about training.
Motivation, Powerlifting & Strength, Squat, Training
Brad Dieter, PhD April 29