Just thinking about it makes a lifter's head hurt.

There's an answer, though. A new study in the Journal of Physiology suggests that brief HIIT exercise, performed in a specific way, can duplicate many of the physiological benefits of endurance training without whittling away muscle.

This precise method of HIIT training also causes the creation of new mitochondria, which is a huge bonus for lifters.

Researchers recruited 12 experienced male cyclists. They then withdrew blood samples and dug out tiny pieces of muscle from their thighs for analysis. The cyclists then participated in three separate workouts on three separate days: 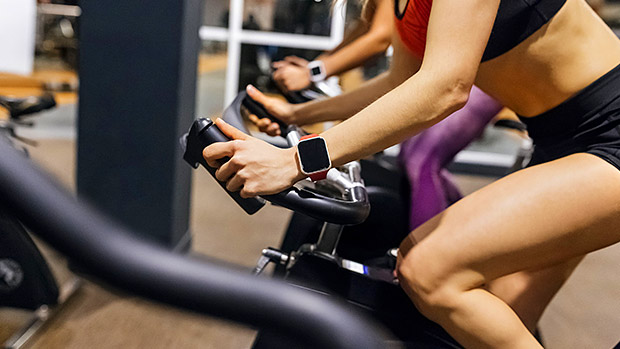 However, the 20-second interval workouts had an unexpected benefit: They stimulated greater increases in epinephrine and lactate, which led to higher levels of PGC-1alpha, a protein that plays a role in the production of new mitochondria.

While the 5-second interval workouts showed some benefit, the results paled in comparison to the 20-second workouts. The 50-minute endurance workouts also led to an increase in PGC-1alpha, but it was mainly from the depletion of glycogen rather than increase in epinephrine and lactate.

Doing 7 bouts of very short interval (20 seconds, in this case), balls-out exercise, each followed by 2-minute, slow-peddling recovery sessions, duplicates many of the benefits of endurance exercise.

Furthermore, it leads to the production of new mitochondria, which are cellular constituents that pump protons across a membrane to generate electrical charges that are equivalent to the power, over a few nanometers, of a bolt of lighting.

(Because of these mitochondria, your body is gram for gram generating 10,000 times more energy than the sun, even when you're sitting comfortably.)

From an athletic perspective, increasing the number of mitochondria in your muscle cells could lead to huge improvements in strength endurance that don't decline with the passing of years.

And perhaps most importantly, at least to the fragile psyche of the average lifter, these short, 20-second HIIT workouts won't negate the effects of your weight workouts. They're too short to "whittle" away any muscle, and they're not sufficiently draining to dip into your recovery abilities. 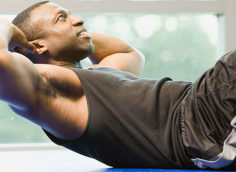 Bodybuilding is full of percentages, but you don't need to be a math geek to appreciate these numbers.
Bodybuilding, Training
Christian Thibaudeau August 5

Joe Weider was way ahead of science when he came out with his principles for building muscle. And now science is backing him up.
Bodybuilding, Training
Bret Contreras & Brad Schoenfeld, PhD August 14

Strengthen your scapular stabilizers and you'll prevent shoulder injuries and get stronger. Here's how to do it.
It Hurts Fix It, Tips, Training
Dean Graddon March 10