The Mirror creeps me out. In case you haven’t seen one of their commercials yet, the Mirror is a $1500 interactive device that streams live and on-demand workout classes in strength, cardio, and even yoga.

Most of the time it looks and functions just like an almost full-length mirror hanging on the wall, but it’s also an LCD screen that, when paired with an app, lets you choose from various classes.

Pick one and an apparition appears on the screen, ready to take you through a workout. This apparition probably reminds some people of the tiny Princess Leia hologram that appealed to Obi Wan Kenobi for help, only in Spandex. 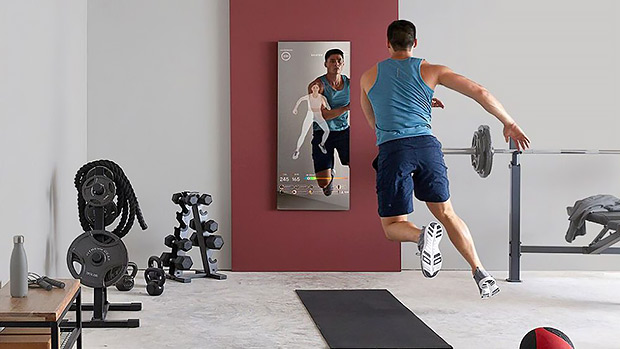 So hell no I don’t want one of those things in my house.

More simply, people seem to put more into it when they’re training with someone who’s better at the activity than they are. There’s even a recent study that backs up that assumption. Forty-one men and women were tasked with doing alternating half-hour bouts of moderate-intensity and high-intensity cycling for 24 weeks.

In my experience, this phenomenon doesn’t only apply to novice bicyclists, but to any level of bicyclist or, more importantly, to any type of athlete. It’s a complex psychological stew of inspiration, desire for approval, and a fear of failure or being shamed.

Of course, not everyone can afford a personal coach or trainer to extol them to greater heights. Even more relevant is the fact that most of us aren’t even allowed – because of social distancing rules or recommendations – to work out with anybody, superior or otherwise.

It’s with these situations in mind that I’ve come up with a simple alternative that might help take the place of a coach or superior partner and make you work out just a little bit harder.

Let me explain how I came up with the idea before I tell it to you. Otherwise, it might just come of as too silly.

It was 2006 and the psychology department at Newcastle University was being ripped off. They’d put out a little coffee station that operated on the honor system, but people weren’t being so honorable.

Students and faculty were supposed to leave 50 pence (about a dollar) for a cup of coffee and 30 pence for a cup of tea, but a disappointing percentage of bounders, sods, and blighters were just taking their drinks and scurrying off.

So the psych department decided to do a little experiment. For 10 weeks, they alternately taped one of two posters above the self-serve station. One was a picture of flowers and the other was a picture of a pair of staring eyes. 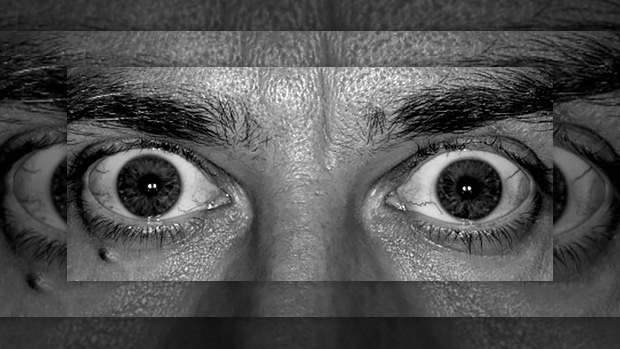 You can probably guess what happened. Sure enough, coffee and tea drinkers forked over 2.76 times as much money when the eyeballs were looking at them as when the flowers decorated the wall.

Apparently, just the illusion, the feeling of being watched, was enough to compel people to be more honest. The researchers were stunned: “We kind of thought there might be a subtle effect. We weren’t expecting such a large impact.”

So what does the pilfering of tea or coffee have to do with exercising with a superior partner or coach? No, I’m not suggesting you hang a picture of a couple of staring eyeballs on the wall behind your squat rack, but I am proposing you do something similar: Hang up a picture of Arnold’s face, or Bruce Lee’s, or that of any athlete who has a superior work ethic, preferably a picture where the athlete is scowling.

I’m serious. It works. At least a little. You see the face of the fitness icon and if you’re slacking off, you feel a little ashamed. Granted, the effect wears off after a couple of weeks, but you can ride another wave of guilt-inspired workouts by putting up a different picture.

It’s not nearly as good as training with a coach or someone who’s just plain more advanced than you are, but it’s a lot cheaper than The Mirror and a lot less scary.