When you've got a mysterious bodybuilding ailment, who you gonna' call? Well, certainly not the Ghostbusters; certainly not that a-hole Dr. Phil, and definitely not Dr. House (cuz' he's fictional). Nope, you call Dr. Lonnie Lowery.

A 30-year-old bodybuilder shuffled into the university nutrition center office to see the sports nutritionist. He stood in the doorway, 10 minutes late for his scheduled appointment. Despite his sluggish demeanor, there was earnestness in his face. "Well, the doctor says I do not have mono," he said in a frustrated manner. "And I'm not anemic. Still, I just can't get myself off the couch! Forget training, I can barely get motivated enough to get out of the door for work."

Sitting in the nutritionist's office, he leaned forward in his chair, "Dude, I'm crushed all the time and I'm getting small. My family doc said it might be nutritional and you're the man when it comes to this stuff. You have got to help me, bodybuilding is my life!"

Over the past eight weeks – the now 200-pound bodybuilder – who we'll call Larry, had gone from training five days per week and doing daily pre-breakfast treadmill sessions to his current state.

He had just moved to the area to start a new job as a contractor, restoring older homes. Larry's girlfriend did not move to this new location with him. The weights he was using in the gym started to decline (by self-report) after catching the flu about two months ago, but any real changes were hard to judge because he hadn't had time to bounce back due to a recent head cold.

When asked about whether he felt he was exercising too much prior to his current symptoms, the client responded, "I've always trained this hard! For me it's go hard or go home!" Larry also reported eating as he always had, until just two weeks ago when he lost his appetite. 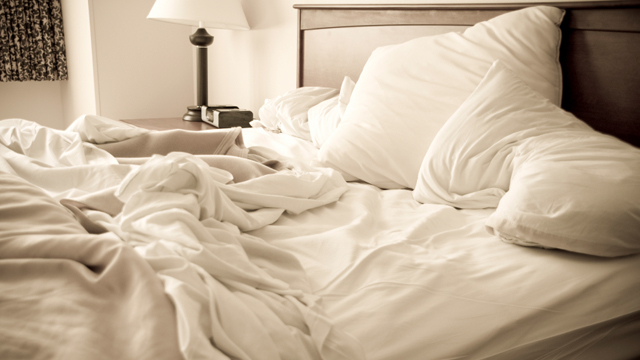 A legitimate nutrition assessment, diagnosis, and plan involves a fairly comprehensive session, as well as follow-up work with other licensed practitioners and some research. When it comes to athletes, additional queries and experience are also needed. His "percent usual body weight" (%UBW) was 95% and "percent ideal body weight" (%IBW) was 125%. Thus, Larry was smaller than his usual self by about 10 pounds but still far larger than the average Joe. No baseline body composition data were available, so skin folds and bioimpedance were performed, resulting in 12% and 15% fat, respectively.

While answering introspective questions on an assessment form, Larry reported getting about 7-8 hours of sleep per night before he "got sick". Lately he's been "uncomfortable" and not slept well. He also reported a stress level of five on a seven-point scale, and no dietary affecters such as religious practices, medications, or food allergies and intolerances. Larry did not presently engage in any form of purposeful athletic recovery.

Despite the recent cross-country move to a new residence, his diet was not particularly restricted or changed in any way, based on a "typical day" recall and quick visual scan. He ate fruits (two servings daily) and vegetables (four servings daily) in greater amounts than most clients. Lean meats and eggs were consumed regularly. Meals were rarely skipped prior to onset of symptoms and portion sizes were appropriately large. The client also described himself as a "decent cook."

Regarding dietary supplements, Larry consumed creatine and pre-workout nitric oxide-caffeine products. He had not restocked his protein powder due to the recent move and new schedule, which led him to rely on protein bars instead.

The training section of the assessment form revealed that in addition to Larry's five-days-per-week lifting frequency and daily treadmill walks, his intensity (using perceived exertion) was typically rated at 18 on a 20-point scale and his sessions lasted 75-90 minutes. This was unchanged for a reported three years.

His clinical exam and blood work were mostly unremarkable, based on a brief discussion with his physician. Only creatine kinase, ALT and AST were slightly elevated. The family doctor described it as "suspicious liver stress," but that Larry denied anabolic steroid abuse.

Although it's not uncommon to read-up on particular physiological and nutritional issues after an appointment, personal familiarity with this scenario led the sports nutritionist straight to his bookshelf. He took down a textbook called "Enhancing Recovery" (Kellmann, 2002) to refresh his memory. Along with a hard drive full of studies by researchers like Dr. Andy Fry, he had the background information he needed. 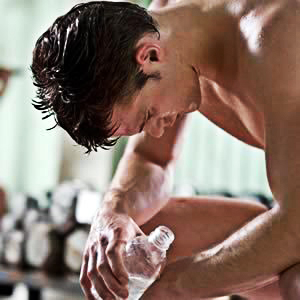 Although sports nutritionists – even with a PhD and/or license to practice nutrition – are not physicians and don't attempt medical diagnoses (nutritional diagnoses are quite different), several factors suggest that Larry probably had overtraining syndrome.

First, some major medical causes of fatigue or weight loss could probably be ruled out. According to Larry's doctor, his physical exam and blood work were mostly normal, taking diabetes and anemia out of the picture. (A closer look at serum ferritin may still have been called for regarding iron status and fatigue but his meat intake suggests this isn't a problem nutritionally. And he wasn't glycogen depleted, either. Finally, thyroid status was apparently normal.)

Second, elevated tissue enzymes come from skeletal muscle and not only the liver. The steroid comment by the family doctor may have revealed an element of ignorance or bias. These are common markers of muscle soreness-related microtrauma. A blood draw within a day or two of lifting could easily be misinterpreted.

Third, frequent upper respiratory tract infections (URTI) or flu are common to overtraining due to a depressed immune system.

Fourth, and key to the whole picture, are Larry's host of recent stressors. A move to a new town, loss of a girlfriend, and starting a new job – particularly one involving manual labor - are serious business. These are stressors that lower one's overtraining threshold. Although Larry had always trained with similar frequency, intensity, and duration, it wasn't always done in his presently compromised social and emotional state. His high total volume of training was probably near his overtraining threshold, even in the best of times. 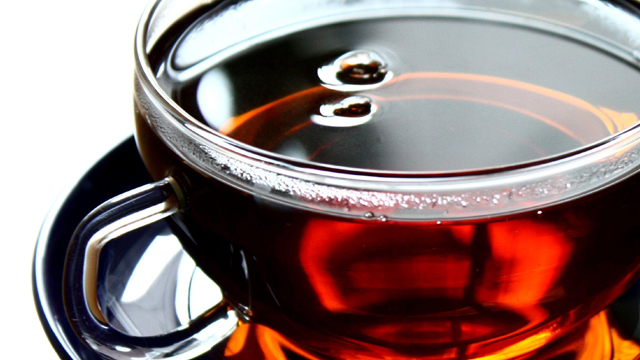 Over the next month and two follow-up sessions, Larry forced himself to abstain from training. His tissue enzymes (CK, ALT, AST) normalized, and he only lost approximately one additional pound. No further head colds occurred. After four weeks of rest, he started back to exercising slowly.

He monitored intensity (rate of perceived exertion, poundages), hunger, motivation to train, and sleep quality in a daily log. During his month off, he focused on progressing his diet, adding fish oils, a whey-casein protein powder (it turned out his protein bars were collagen-based and pretty useless), and some chamomile tea or melatonin before bed time as part of an evening sleep ritual. He was even considering glutamine because of the education he had received on how muscle levels decline during overtraining.

Although he still had no girlfriend, his job was now steady, his apartment was set up nicely, and he was regularly talking shop with the local gym owner and his buddies. Larry bought some relaxing music that he listened to after lifting while he stretched.

He even went to a local massotherapist for some deep tissue massage – twice in a month. He found that by week six he was chomping at the bit to resume training. "I guess I just wasn't taking care of myself, considering all that's been going on in my life. Thanks, doc! I feel like me again! Booyah!"

• Although overreaching is a sometimes necessary part of one's training career, and the whole concept of overtraining gets over-blamed by wusses looking for an excuse, it is real and can crush an athlete for up to eight weeks with little improvement once the spiral gets underway.

• Diet alone cannot fix overtraining. One cannot simply out-eat the kind of environment seen in this case study. The involvement and referrals to and from a physician were important.

• Be wary of life stressors that are known to lower the overtraining threshold. There is a known, potent connection between the mind and body (neuro-endocrine system).

• Watch for loss of exercise enthusiasm, appetite, sleep disturbances, and repeat head colds or illness (suggestive of immune suppression). These are easily monitored on a seven-point scale in a training log (very, very low to very, very high). Take one to seven days off if your numbers are consistently lower.

• Take care of yourself! Purposely use recovery techniques (ice sore joints, cool your jets and stretch for 15 minutes post-workout, take 30 minutes to meditate or do progressive relaxation in the morning or evening, use hot-cold contrast showers, etc.). Match these efforts to your training stress. Ideally build up to high training-frequency and intensity (total volume); you can't have both all of the time. Periodize training goals and cycles.

• Being honest with yourself, realize that true overtraining syndrome takes 4-8 weeks away from the gym to recover. Prevent this extended delay by scheduling up to a week off between your (8-12 week) mesocycles. 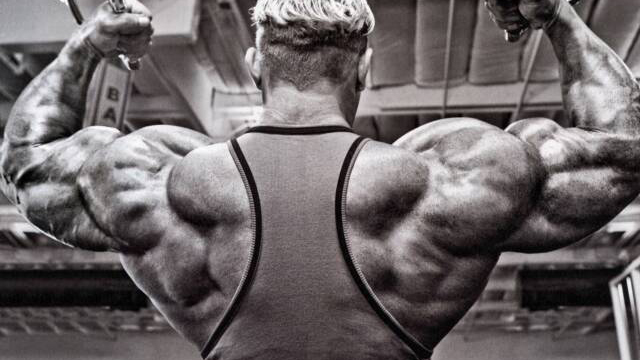 Larry went on to win runner up spots in two regional bodybuilding events. 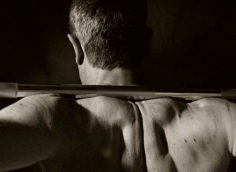 It's hard to beat this squat variation for big quads. Here's what you need to know.
Training
Andrew Coates December 3

Want visibly bigger biceps next week? This program has been proven to add a fourth of an inch or more to your arms in 7 days.
Arms, Bodybuilding, Training
TC Luoma April 29 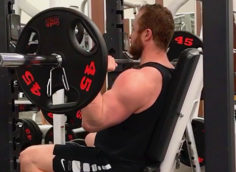