The one thing I’ve grown to love about commercial gyms is their consistency. What I mean is, just as how a Big Mac at McDonald’s is the same offensive product no matter what part of the country you’re in, it’s nice to know that Monday at 5:30 PM is “National Bench Press time” at every 24-Hour Fitness abomination from Azusa, California to Anchorage, Alaska.

Why do I like this consistency? Because it allows me to structure other important workouts, like leg training, around days that the douchebag crowd is occupying the various glam exercise stations.

And even when I’m still forced to wait a bit, the line-up for my beloved squat rack is always far shorter than the leg press queue (arm curls in the squat rack crew notwithstanding).

Silly weekend warriors. Everybody knows that squats are superior to leg presses right? They’re harder to do, require more coordination, and just rate higher on the exercise badass scale than something that resembles a plate-loaded La-Z-Boy recliner.

There’s one massive problem with that logic: many bodybuilders with very large legs do leg presses. What gives?

It turns out there’s evidence suggesting that while squats are far more effective than leg presses in increasing overall strength, the leg press might result in greater quadriceps hypertrophy than squats.

Coach Charles Poliquin, a diehard supporter of the full squat if there ever was one, has even noted studies showing that for the same number of reps, the leg press resulted in a higher amount of GH being produced than squats.

More hypertrophy? More GH? And I can be seated comfortably with my feet up? What’s not to like? 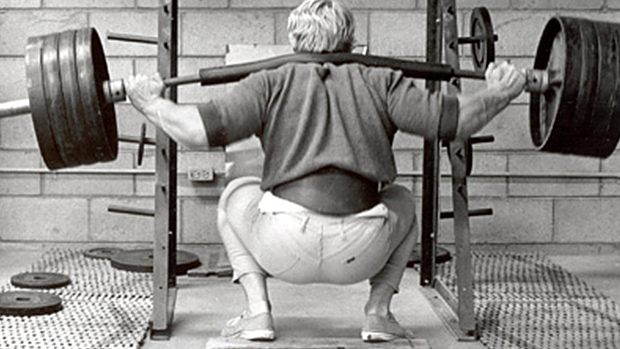 Before you deep-six squats for a relaxing ride on the leg press machine, consider the following four points:

So it seems evident that squats lead to more quad activation than leg presses, which is a big deal considering they also lead to higher levels of glute, hamstring, erector spinae, and gastrocnemius/soleus activity.

Some douchebag named Bret Contreras found similar results as above, which he published in his awesome glute eBook that you should really own. He also showed that squats led to much higher levels of glute activation than leg presses.

So squats appear to be better than leg presses for total body strength, total body hypertrophy, and even quad hypertrophy. There, it’s settled. Time for gyms to sell off those leg presses to bodybuilders in the market for edgier living room furniture.

Not so fast. As with most things in strength training, it’s not an all or nothing argument.

Even a squats and deadlifts junkie like me still has love for the leg press, for three primary reasons:

Granted, most of us aren’t competitive rowers – but most of us aren’t linebackers or defensemen either, and we have no problem recommending the barbell squat based on it’s inherent sports specific functionality to football or hockey. 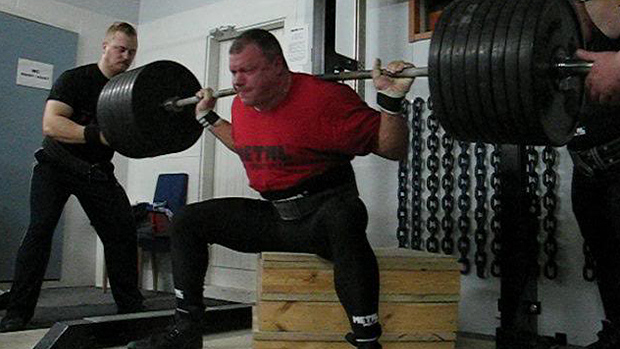 Admit it, you were expecting a fourth point stating that, “For taller lifters who find squatting difficult, the leg press may be a better choice.”

Sorry to disappoint you, but I don’t buy that one bit.

It’s too bad, as I’ve seen plenty of taller bodybuilders abandon a fantastic lift like the squat believing that they’re “not built for it,” when often it’s these taller guys who need at least the illusion of more leg mass to compete with the shorter guys. Problem is, you lose a lot of growth potential when you dump the squat from the menu. Not a wise trade off, Lurch.

I was one of those tall naysayers. Before I conducted my EMG studies, I too, would’ve sworn that the leg press activated more quad than the squat, at least for taller guys like me (I’m 6’4″).

But although I “feel” the leg press working my quads more than I do the squat, the EMG told me a completely different story. Again, as far as muscle fiber recruitment was concerned, the basic barbell squat reigned supreme.

It’s just not the first lift that your typical commercial gym attendee – or the 10 dollar an hour gym trainer – will know how to perform, much less teach. You might have to step outside of the commercial gym cookie cutter for the results you really need.

In conclusion, there’s no reason to “hate” on the leg press or machine-training in general. Although the squat is likely superior to the leg press for total body hypertrophy, quad hypertrophy, and improved sport performance such as increased vertical jump and acceleration, that doesn’t mean that the leg press – or many other fitness machines – have no merit.

Free weights reign superior, machines allow us to do things we can’t do with free weights: Training muscles in various ranges of motion, providing for unique positions, isolating various joints and muscles, and/or providing constant tension throughout full ranges of motion. Rather than champion one over the other, find a way to perform both in your leg training routine.

A little variety never hurt anyone, did it?