I can be one argumentative SOB. I love a good debate. And when the topic involves something I’m very passionate about – bench pressing – I’m as opinionated as they come. Even if it earns me a ton of criticism, as what happened in this particular case.

At first I thought the authors were out to lunch. A 300-pound bench is decent, but there’s no way it’s that rare of a feat.

I immediately thought of my college recreation center at James Madison University (JMU) – JMU had about 12,000 students in 1995 (2), about half of which were males. And only two of them could bench 300-plus?

I could think of 15 friends off the top of my head that could do this feat, and that’s not even including most of the football team. Granted, college males aren’t a perfect sample but the number still felt way off to me.

I shared this information with my friends and teammates and while some agreed with the article, others felt those numbers were screwy.

What’s the answer to the question? What percent of American males will at some point bench 300 pounds?

Obviously, I don’t know for certain, and this type of data just isn’t recorded. The best we can do is logical conjecture, so I spent a Sunday morning doing just that.

My attempt to answer this question is based on some resources and statistics, not to mention plenty of good old-fashioned gut feelings. Having spent thousands of hours in various commercial gyms, collegiate settings, athletic weight rooms, and surfing the web, I’m comfortable relying on a little bit of intuition. 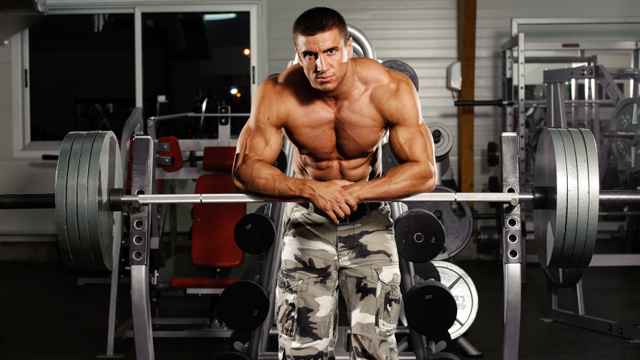 According to the 2010 US census, there are 151 million men in America (3). (We’re focusing on men because the number of women that can bench 300, although an awesome feat, is statistically insignificant.)

About 100 million of those men are in an age range where the feat is more feasible (age 15-60). About 45 million Americans have a gym membership (4). (A gym membership isn’t required to bench 300 pounds, but it’s a likely correlation.)

Ten million of those are over the age of 55, which leaves 35 million younger adults with a gym membership, and about half of them are men, leaving 17.5 million.

Next comes the gut check. The question now is what percentage of men with gym memberships will ever bench 300 pounds?

To provide another example, if male students at my school (NPTI) bench 315 pounds or 1.5 x bodyweight (whichever is lighter), they get to put their names up on the board.

This means I have a record of almost every male that’s benched significant weight since I started keeping track 7 years ago. Generally, about 1 out of every 8-10 males attending the school will be able to bench 300 or more by the time they graduate.

Of course, the people attending a personal training school are more fit than the normal population, but it just isn’t that rare. This information comes from a decent sample size (about 350 males over the years). Of note is that I’ve had just one male bench over 400 pounds in the same time frame.

However, we can’t forget about the people without gym memberships doing this feat, either in athletic weight rooms or in their garages or basements. Still, most athletes likely have gym memberships and we have to be mindful not to double count them.

Now going back to our original sample size of 151 million, which equals 1 out of 151 people. I like round numbers and I’d rather estimate down than up, so let’s go with 1 out of 100 men in America will bench press 300 pounds at some point in their life. 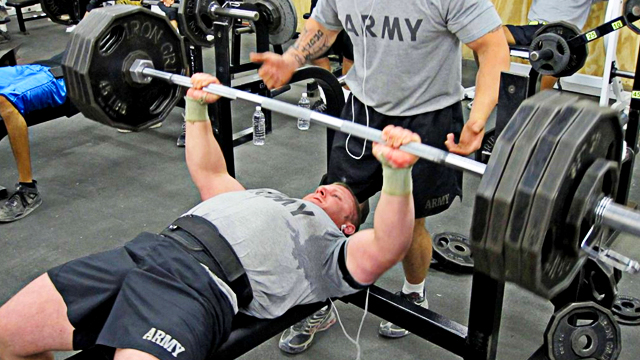 All this got me wondering just how rare other bench press numbers would be and how that might relate to other abilities.

Listed below is a chart that attempts to compare various feats and how rare they are:

The highest levels, which are almost six standard deviations away from the mean (9), generally represent World Records, or at least very close to those levels.

Some reports indicated that approximately 1000 men have run a 4-minute mile (7), which is why I adjusted that necessary time down to < 3:55 for the 1-mile run.

I’m not claiming IQ is a perfect measure of intelligence; I simply included it because most people are familiar with it and it’s a very well-researched metric that follows a bell curve and has ready to use standard deviations. IQ is also tougher to measure at its highest levels (8).

Admittedly, a lot of the chosen standards were subjective – why a 300-pound bench, 5-minute mile, etc.? But almost all benchmarks are man-made, and these seem to work within the contexts of the available information.

I realize that using a specific load to measure strength greatly favors heavier lifters and poses a disadvantage to the lighter lifter. Benching 300 pounds at a bodyweight of 132 pounds is a hell of a lot more impressive than benching 300 at 308, but for the purposes of this article I don’t see any easy way to rectify that.

Plwatch keeps a list of all the athletes with truly impressive bodyweight ratios (triple bodyweight bench, etc.,), so one can derive their own set of standards from there.

If there were an error in the probability of someone doing something I’d rather guess low than high, which is why in all situations the proposed odds are set at the low end of their respective ranges.

So what do you think? Are my methods and measurements severely lacking and I should stick to teaching fitness? Or do you think this is spot on and you agree with the results?

Tell me what I did wrong or right in the Livespill. My goal here is to get you thinking about the topic, not necessarily agreeing with me.