If you’re like a lot of lifters, you do your weights and then dutifully head over to the treadmills or bikes to put in some obligatory work for your ticker. It’s the exercise equivalent of eating your vegetables, doing the dishes, cleaning up your room, or changing your dad’s diapers because of that backhoe accident and it’s your job to take care of him.

It’s dreary stuff, but you do it because you have to, right? Well, I’m here to tell you that you don’t have to do cardio after a workout.

In fact, you shouldn’t do it. The next time you finish your weight workout, walk by all those sad people with their arms flailing, feet stomping, and saggy glutes wobbling and give them all the finger while shouting “Sayonara, losers!” because you’re through with all that happy horseshit.

You’re done with it because there’s an overwhelming amount of research that tells us that doing cardio after a workout impedes strength and hypertrophy gains, in some cases negating them entirely.

There are a surprisingly large number of studies on the subject of if and when to combine weight training with cardio. Rather than drone on about the specifics of a few of them, here are the highlights: 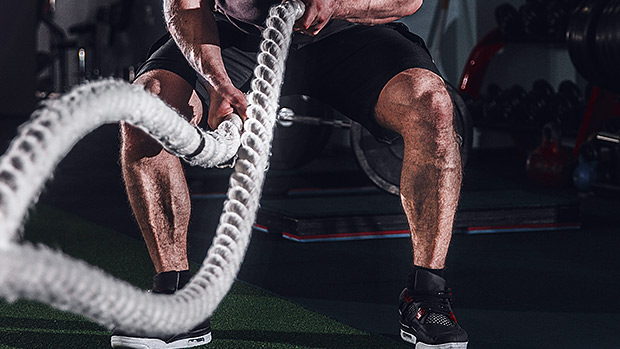 Why Do Size and Strength Suffer?

There are at least a couple of theories as to why doing weights and cardio one after another, on the same day, doesn’t pay off in terms of muscle size and/or strength:

Done regularly over time, it might lead to reduced hypertrophy.

What to Do Instead

Clearly, doing cardio or “metabolic” work after doing resistance training is a fool’s errand – a skinny fool’s errand. If your goal is to build muscle and/or strength and you’re also interested in maintaining cardiovascular health (or increasing your metabolic conditioning), ride the stationary bike or run the treadmill on separate days.

If that isn’t possible because you’re on a 6-on, 1-off split of some kind, or your circumstances just won’t allow it, go ahead and lift weights and do cardio on the same day, but try to separate the two activities by at least 8 or more hours.