Fact: Sprint speed requires you to get stronger in the horizontal plane. Moving weight up and down (vertically) won't get you much faster.

Where Most People Get It Wrong

Many athletes focus on squats, lunges, deadlifts, Olympic lifts, and box jump variations to improve their sprinting and speed. All of these involve mainly vertical force production – moving a weight vertically in space while in a standing position.

Horizontal force is created when you lay down horizontally and then produce force against gravity. Here are some of the best exercises. (Click the links for more info on each.)

Knowing that horizontal force is most important for speed might lead you to believe that the glutes and hamstrings are the most important muscles, and you're absolutely right. EMG activity and joint angular forces show that the strength of these muscles is a good predictor of speed.

Your ability to produce horizontal force is strongly tied to speed. Horizontal force production is more important then vertical forces both in acceleration AND in maximal speed.

Sure, there are vertical forces while sprinting because of the impact gravity has on your body, but it doesn't increase when speed increases, and faster sprinters don't show any greater ability to produce vertical force then slower sprinters. Granted, vertical exercises have their place in a balanced program, but for those who need to get faster, they shouldn't be prioritized over horizontally directed exercises like hip thrusts. 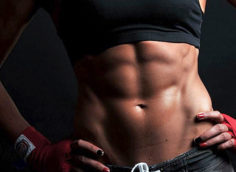 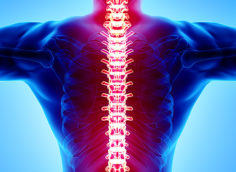 Lifting weights stunts your growth. That's a myth, right? Maybe not. Here's what can happen and how to prevent it.
It Hurts Fix It, Training
Michael Shaughnessy April 11

Manipulate your training to accommodate for how you feel on a given day. If strict programming has been holding you back, do this instead.
Powerlifting & Strength, Training
Christopher Smith March 30 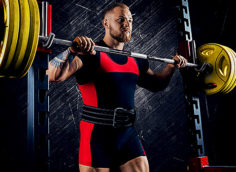 This little trick will make your squat feel strong, smooth, and stable. Check it out.
Training
Gareth Sapstead November 22